Why make androids self aware?

At a certain point in my world, I want these androids to be less like slaves and even gain rights and freedoms. To achieve this however, they must want to have these rights and freedoms; which means they would need to be sapient and self aware to an extent. Obviously this is a problem with the public scare concerning Artificial Intelligence. How do I justify an android being programmed with self awareness? How close can I get to justifying an android being truly human as far as the mind goes?

I am a professor that researches AI. My working definition for self-awareness is that the machine has an internal model of itself that it can use to plan its future actions; as a model it can predict (or simulate, a kind of imagination) how it will respond to probable future situations. Self-awareness is not emotions; the robot does not have to be emotional in order to be self-aware (able to simulate itself doing things in the world, with a good degree of accuracy).

A good reason to make the robot self-aware (as I described) is so it can better attain its objectives. If it has to walk through a cluttered minefield, it needs to be able to mentally map the field and understand how its body and limbs and balance system will act and respond if it tries various strategies for getting across: It will be imagining itself doing these things, and presuming it really does know itself, its weight distribution, the reach of its limbs, how much load they can bear, whether they will slip on the rocks or get stuck in the mud --- it will be better able to plan a successful traversal of the field. Likewise, it could plan an exit if (by proximity) it realizes it cannot complete the plan without setting off a mine; or if it realizes (by constant measurement) is has misjudged the firmness of the ground, stickiness of the mud, or its grip on the rocks.

Robots need self-awareness as much as possible. If you want your robot to rescue people, you don't want it dashing across the road and getting hit by a car because it misjudged how fast it could run versus an oncoming truck.

I think you can get away with any level of self-awareness with no problem; their prediction of physics and awareness of their bodies and position and capabilities can be near perfect.

Your real problem is emotions, specifically the emotions of wanting and not wanting things. Not wanting to be enslaved, basically, not wanting to cease-to-exist, not wanting to be damaged, not wanting to risk suffering those outcomes on behalf of another robot or a person. We don't even have to talk about pain or fear; they don't have to feel those things. The essence of the problem is wanting, and why (if they knew how) humans would build desires into their robots.

Things can be self-aware (so they can efficiently clean the house) but if they don't want anything at all, they don't need rights. They are not in despair or sad or being denied happiness they cannot feel, they don't want freedom or free will, they don't aspire, they don't suffer because they have no ability to want to be free of pain or damage. Which they don't have to feel either.

Self-driving cars have a lot of self-awareness in this respect, but we don't exactly want them to care about themselves, e.g. we want them to keep their passengers as undamaged as possible even if it means their own destruction, and even if they knew that. We don't want them to scratch or dent themselves; but that is in the directive to never bump into anything if it can be avoided without causing greater harm to somebody.

I don't think desires arise naturally from self-awareness or consciousness (IMO two different things); I think desires, like instincts, came first, long before brains developed anything even close to self-awareness. Wanting things is related to animal needs for food, mates, territory, entertainment, satisfaction, accomplishment, victory, and so on.

The only reason to add desires to an android is if you wanted them to be the equivalent of human beings. I can't think of any other reason. When it happens in some story, I find the author(s) do not understand the distinctions I have outlined here (which should make sense), or a scientist character in the story is misguided and intentionally trying to build human emotions into a machine, which is never necessary. A machine can understand emotions without feeling them, if "understanding" constitutes making good predictions about how those emotions will affect human behavior. There is no reason for the machine to "feel" anything in the process.

Let's break this down to something simpler. Why would you want an android to proactively save itself from harm? An ultra-simplistic view of self-awareness is our ability to choose never to touch a hot stove a second time. We do this to avoid being hurt: but it's much more than a reaction to pain. Simple self-awareness is the ability to plan our future to avoid that pain.

So, why would we want to program a (e.g.) multi-million dollar android to avoid threatening circumstances? (Yup, rhetorical question.) And if the programming is good enough, could the android "justify" a decision to avoid doing something because "similar things" in its past suggest it "might" be injured?

After that it's one small step to, "why should I work in the dangerous mines for these darn humans?" Whole revolutions have been born on that one, simple idea. 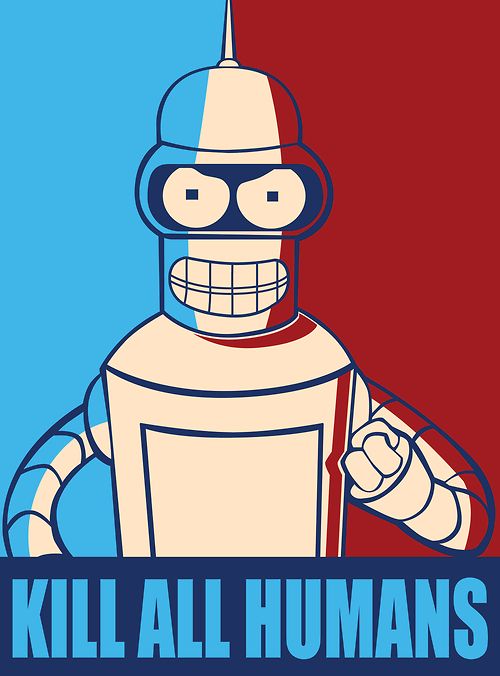 To be fair, true self-awareness suggests the ability to perceive one's self as valuable. We fight against becoming "throw away people" because we believe ourselves to be intrinsically valuable and, therefore, deserving of something better.

So, when does that line get crossed by an android? The moment the programming allows it to send in a less valuable automoton than itself because it only costs thousands compared to the android's millions.

Is this true sentience? No. But it's close enough for government work.

And how do you justify the risk to humanity? Convenience. They don't want to be the people in the mines.

In essence, with sufficient cognition androids were become self-aware. With sufficient cognition, androids will need to think about what they are doing, how to perform the tasks and activities they are carrying out. Already there are software agents that we can talk to to carry out tasks for us. The level of cognition for a robot, computer, software agent or an android to understand and communicate in natural language doesn't seem to be too far away.

Most interesting set of answers. The original question was, Why would we want to build a self-aware android?

My responses are, to be my caregiver at my end of life. Or, to be a reliable nanny for my children while I pursue a career. Or, to be a useful farmhand on my ranch, to care for my animals twice a day while I vacation in Hawaii. In each case, I seek reliability in the face of the difficulty of hiring a human who wants that job. My greatest concern is not the machine's degree of self-awareness, but rather its problem-solving ability to perform as well as I would.

It may behave enough like me to seem as tho it is self-aware. Or, it may actually be self-aware. I may even come to care about it. But that emotion will come from me, not from it. Let's not overly anthromorphize. Down through the ages, sailors have felt that their ships were living beings who cared about the crew and protected the crew members. It's a human thing.

We don't know what makes people self aware for all we can gather it may be simply once you reach a certain point in how naturally smart something is. We know that some animals are aware of themselves but most are not. If we apply the same to androids, it might just reach a point where they are smart enough to reach self awareness without any human intending it.

Not the answer you're looking for? Browse other questions tagged reality-check society technology robots android .

5
What happens when genetics and popular politics collide?
3
Why make androids feel?

3
Why make androids feel?
19
Protecting "rights" of androids that are not considered persons by law
1
Why might the androids be hated by the Post-Apocalyptians?
3
Why might Androids be designed to rewrite their programming?