Could a human colony persist long term on a planet with limited food and water resources?

Suppose a highly tectonically active planet, slightly smaller than Earth, has attracted the human race's attention due to its mineral wealth. Its landscape primarily consists of mountain chains, volcanoes, rift valleys, and small regions of magma exposed to the surface, but noticeably lacks in other resources:

A human colony was established on this planet, but contact was lost with their original home after a decade or two, never to be reestablished. Could a population of humans numbering in the hundreds of thousands to millions survive in these conditions after several hundred years? If not, what geographic or ecological features would have to be available locally or have been brought by the initial settlers?

A significant plot point would be that initial attempts to reach the homeworld were unsuccessful, and technology regressed to the point that space travel is no longer considered by subsequent generations.

Assuming conditions on the planet are not forbidding for human existence, humans will survive.

And if humans would not make some major mistakes and not succumb to diseases, their population would be exactly what the environment allows. For example, if amount of water and arable land can support 1 million people, population will be oscillating around, or just below, this number. Overpopulation can harm the environment, and led to severe decline, but not extinction (ex. Easter_Island).

The capability of land to support people would depend on what crop cultures and animals the settlers would bring with them. Some maybe suitable for low-light, hot environment, some maybe not. I presume that a few generations of genetic selection would get crops and animals in sync with the new environment.

Any civilization which can travel to distant planets has already mastered the arts of long term survival in enclosed environments, so the short answer is yes.

In fact, given what we already know about our own solar system, it seems a bit pointless for the colonists to be going to a planet to mine for wealth when a solar system probably has asteroids, comets, icy and rocky moons and even gas giant planets in easy reach. The colonists can extract minerals and volatiles to their heart's content without ever touching down on a planet as large as Earth or Mars. Indeed the energy required to land and take off from large terrestrial planets will be considered a strike against them, and they may be visited by hobbyists, scientists and maybe cultists who worship planets.

So long as the colonists have access to solar or fusion energy (trivially easy since mirrors of any arbitrary size can be built out of metal foil in free fall) and maintain the machinery they brought with them, they can continue to run closed ecosystems in their space colonies and even expand and grow. 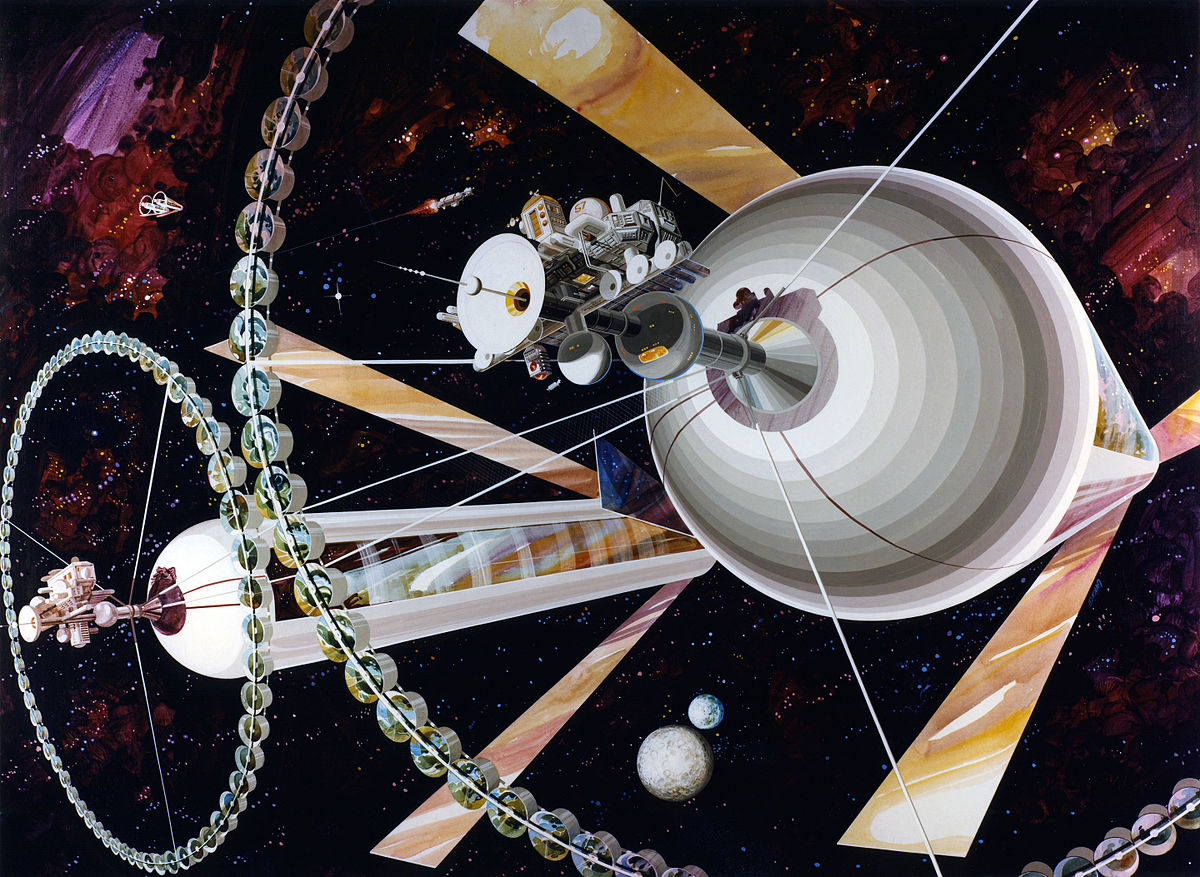 Planets are actually a distraction these days

While the colonists still have in-system space transport, they might be able to harvest water from local asteroids to build up a reserve. With a known reserve and good recycling, they could calculate the safe carrying capacity of the planet's ecology and then socially engineer themselves to that population level during the generations of technological decline.

With advanced recycling technology, they could survive indefinitely. The technology to purify urine for drinking already exists. Here in 2017, there are already companies working at turning waste into edible, healthy food. If they're far enough in the future to get a million people to a distant planet, those technologies are already part of their culture like cell phones are part of ours.

With devices similar to Star Trek's replicator, they could live pretty happily. My understanding is that it breaks matter down at the molecular level, then reconstitutes it into whatever new thing (like food or a beverage) is needed.

Not the answer you're looking for? Browse other questions tagged science-based reality-check planets environment geography or ask your own question.

30
Why might a valued mineral be only found on one planet?

121
Could a planet made completely of water exist?
15
What are the most important raw resources for a human colony?
15
Could a habitable planet form with no major bodies of water?
6
Temperatures on a planet with long days
1
How do you set up a long term colony on Mercury
6
Reality Check: Planet with low gravity and water vapour
5
Long Term Evolution of Double Planet System in Close Orbit