Changing the makeup of saliva to melt plastic

I am writing a book in which criminals get their hands on a polymer which resembles chewing gum , but alters their saliva. This allows them to burn holes into walls made from plastic used as building material in an alternate future of earth.

-Is it possible to create a "gum" that alters saliva enough to burn through plastic without significantly harming the user?

Scientists Just Discovered Plastic-Eating Bacteria That Can Break Down PET

Now a team at Kyoto University has, by rummaging around in piles of waste, found a plastic munching microbe. After five years of searching through 250 samples, they isolated a bacteria that could live on poly(ethylene terephthalate) (PET), a common plastic used in bottles and clothing. They named the new species of bacteria Ideonella sakaiensis.

You may think this is the rerun of an old story, as plastic-eating microbes have already been touted as saviours of the planet. But there are several important differences here.

First, previous reports were of tricky-to-cultivate fungi, where in this case the microbe is easily grown. The researchers more or less left the PET in a warm jar with the bacterial culture and some other nutrients, and a few weeks later all the plastic was gone. 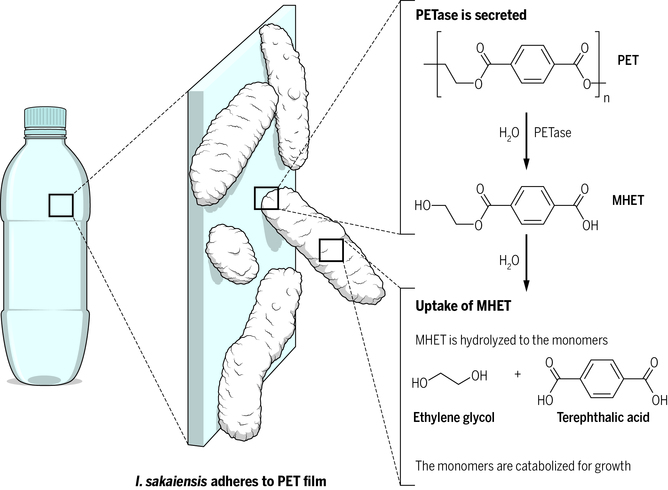 Second - and the real innovation - is that the team has identified the enzymes that Ideonella sakaiensis uses to breakdown the PET. All living things contain enzymes that they use to speed up necessary chemical reactions. Some enzymes help digest our food, dismantling it into useful building blocks. Without the necessary enzymes the body can’t access certain sources of food.

The enzyme that the bacteria uses has been named PETase. Just as the Amylase in our saliva breaks down carbohydrates, PETase breaks down PET. It would be very similar to a hard-boiled sweet melting in your mouth, except... ya know, spitting on a wall.

I'm not sure how you would get the salivary glands to produce PETase aswell as Amylase though. Maybe through a process similar to the one used to genetically modify bacteria to produce Insulin?

If this hypothetical chewing gum had the ability to genetically modify some (not all! You still want SOME amylase for eating purposes!) of the cells in the salivary glands, then it could be possible to have them produce PETase.

NOTE: On the subject of sweets melting in the mouth, it would take just as long to melt through your walls. Unless you want to stand licking a wall for hours (and accidentally ingesting small amounts plastic), it will not be a feasible choice. However, thanks to imagination and suspension of disbelief, anything can happen in a book! Maybe this is "Super Awesome PETase which melts through plastic in seconds!" and you spread it in the outline of a door and bust through?

Even if the gum replaced your saliva with a strong acid (that miraculously you aren't affected by) you don't have enough saliva to be able to melt through a wall.

The average human produces about half a liter of saliva a day. If you spent your entire day licking the wall that is the maximum amount of acid you would be able to apply to a wall.

Not the answer you're looking for? Browse other questions tagged chemistry or ask your own question.

0
Can this food give off enough energy to melt metal?
22
The Least Interesting Substance
39
What would be the necessary conditions to rain bubbles?
5
Would it possible for a creature to melt down rocks in its stomach and spit out lava?
3
Can I improve internal combustion engine efficiency by slightly changing vacuum permittivity?
3
How can I achieve the results of Pompeii with divine energy?
4
A way to measure the complexity of a material/substance?
5
How can an individual's skin be affected by the brewing of potions?
1
Plausibility of plastic bones