How would society without a change in day or night form time, or structure to anything? [duplicate]

I'm working on a conceptual planet that is tidally locked to its star, and that there would be a ring or "twilight" zone of life on the planet. But because of this, there would be no sunset or sunrise. How would society be different than ours? Would they not be capable of keeping track of time? Would they have hours, days, months, years...?

First you need to answer if there will be another other celestially periodic behavior. Are there moons? Do they orbit in regular patterns? Are there other planets in the system that are detectable? Is the planet in a perfectly circular orbit?

Lacking celestial observations I would think that the people would judge time based on some biological metric. Most likely judging their "year" to be dependent on their most commonly grown crop. Or some other local flora or fauna's life cycle.

As they got more advanced they would most likely discover periodic motion of pendulums and such and tune their time keeping to a specific length pendulum. Until they got sufficiently advanced enough to develop atomic clocks.

The stars still rise and set.

If, as you say, the planet is tidally locked with its sun, it's still rotating with respect to the celestial reference frame, once a year.

In places where it's dark enough to be seen (i.e. on the planet's dark side) the stars will have apparent paths in the sky, taking half a year to go from one horizon of the dark side to the other.

The only trick is to find a reason to go over to the dark side -- perhaps hunter-gatherers will follow prey just over from the terminator, where it isn't entirely too cold, and notice the stars slowly rising and setting.

This is just the way early humans learned to measure time. Perhaps eventually some people will become "priests" of a sort by specializing in tracking the stars. 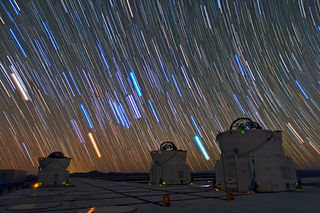 Not the answer you're looking for? Browse other questions tagged science-based society culture time day-night or ask your own question.

39
A world without natural time measures
17
How plausible is a 'tilted axis' planet with a "south pole" constantly facing toward its star?

4
What would a large and habitable constant twilight zone on a rotating planet look like?
2
Effects of local solar time with flexible hours
1
Effects of latitudinal time zones with multi-step DST
4
What would allow a livable planet to have an always-night area, an always-day area and a day&night cycling area?
4
How does the day/night cycle work on a non-tidally locked moon?
6
2 weeks day, 2 weeks night, how would the sleeping pattern of the planet's dominant species work with a 28 'day' Day?
1
Properties of a planet roughly four times as big as Earth
82
Tree Shape on a Tidally Locked World
5
A Planet Approaching being a tidally locked planet