How would deafening as punishment be carried out?

Blinding, amputation and other punitive mutilations have been used effectively in the past; however there are no accounts of deafening, e.g. removal of one's sense of sound, being carried out.

There is historical record (although old and unreliable) that, in 1031 or 32, Vazul, the grand prince of Hungary, was blinded and deafened using molten lead to make him unsuitable as king. It was not a regular punishment though.

Feeling his powers slipping away, [King Stephen] sent messengers in haste to have his uncle's son Vazul brought from prison in Nitra, in order to make him king of the Hungarians after himself. However, as soon as Queen Gisela got wind of this she hatched a plot with a group of traitors, and sent the ispán Sebus ahead of the messenger. Sebus had Vazul's eyes put out and molten lead poured into his ears; he then fled to Bohemia. When Vazul was at length brought back by the King's messenger, the King wept bitterly at his fate.

Pretty easily, even if it will be really messy and obviously painful. Drive a red-hot spike through the ear canal, about one inch deeper than the eardrum membrane.

This will destroy the tympanus and the small bones of the ear, and cauterize the vestibular ganglia and the cochlear nerve.

Obviously, you're also looking at a pretty grim fatality rate. Preventing infection will not be easy.

However, simply cauterizing the eardrum should probably be enough - the victim will then only be able to hear very strong sounds through bone conduction. You'd have to shout at him while keeping him in a head-butt. Survival rate will be markedly higher.

Both mutilations would be difficult (but not impossible) to simulate.

In my old elementary school, that was done by putting naughty kids under the bell. It was an old-school metal bell with a hammer rapidly slamming into it, that type of bell. It also was placed in a roofed part of the playground, which came down to a concrete block. Needless to say what that did to the bell sound. Naughty kids who had to stand under the bell regularly had trouble listening for the next 5 - 10 minutes after. When we didn't listen, we were basically punished to not being able to listen.

I'd say this concept can easily be enhanced to cause perma-deaf.

Pouring molten tin (melting point about 230°) into the ear would be agonising but survivable. The ear canal would be physically blocked and the eardrum burnt. With the head held on its side, some of the outer ear could be filled, which would be pretty obvious. Tin has been available since ~3000BC (wikipedia) so fits your setting (simple technologies).

If the technology level is 1930's and above, simply slicing the hearing nerve(vestibulocochlear nerve) would result in total deafness.

Certain drugs and chemicals can cause hearing damage.

There have been lots of great answers. You say "simple technologies" but that doesn't really give me an idea of WHEN.

The biggest issue is that to deafen someone without killing them depends on the level of knowledge and tech available. And since I do not know when (it isn't in your question) it's hard to answer.

As to how: this will take precision. A hot spike will do, as will molten metal, like lead, has been recorded in history.

But it actually, historically has been used in at least one instance, in the case of Vazul in during the late 900s-or early 1000s. Blinding in Medieval times mostly happened with war or politics, making them unfit for command or leadership. In the case of Vazul, who was heir to the throne of Hungary, they reportedly did one better by also filling his ears with molten lead.

But, they did not just make him deaf you notice. They made him blind as well. Just making him deaf would not have been enough. A missing ear or deafness can be hidden. A person can still be used as a symbol even if they cannot hear. Especially if they can read and are educated (someone with them can make sure they say specific phrases in response to things).

I can tell you why it hasn't been used much and you can go from there.

Amputation was in Byzantine times, supposed to be a replacement for the death penalty. You'd likely die of your wound, however, there was possibility you would not. A rich man might get a surgeon in to do it properly. A poor man got a man with an axe.

Taking a tongue out--not giving the person a voice is far better than making them unable to listen. Symbolically.

Ok, here is a semi-human (read simian) way to do it without much pain and complications:

You eliminate the eardrum scratching with a needle, and then surgically insert a small cylinder that prevents the tissue from growing back.

It is not pain- or risk-free, but should be efficient. The drawback is that there would be some residual hearing because the auditory ossicles would still be functional.

Ototoxic drugs exist, and their effect is often via a cumulative lifetime dose: though I wouldn't approve of this clinically(!), in the setting of the world you are building, an intravenous infusion of one of these drugs would be effective, cheap, and easy to administer (hence why it's a classic medical error).

The ones that spring to mind are antibiotics such as gentamicin. I think the maximum lifetime dose is about 15g - you couldn't give it all in one infusion (it's profoundly nephrotoxic), but, say, 1g per day over a fortnight might be a slow, macabre approach to causing deafness.

Arguably, ototoxic drugs may be more 'humane' than more violent approaches like surgical ablation, radiotherapy to the ear, or acoustic trauma; or maybe it's just more sinister? Good luck with your story.

As long as you're careful about exactly how deep you go a spike could be used to destroy the structure of the ear, go too deep and you'll hit the brain and it's all over. There's always going to be issues of infection with any physical trauma, especially with the ear because you can't see what's going on, using a hot iron will help because it will at least sterilise and cauterise the initial wound site but it's a punishment that's going to kill a lot more people that you probably want it to at low tech levels.

Something that could be considered, that I don't believe would actually physically harm the individual would be to damage their hearing with loud sounds. Anything above 85 decibels will start to damage your hearing with a direct correlation to the amount of time exposed. A rock concert is usually between 110-120 decibels. From personal experience I can say after being exposed to that for 4+ hours had my ears ringing the next day and most sounds sounded muffled to a degree. So if you have access to firearms in your world, shooting directly by the ear of the individual would damage their hearing (guns tend to be between 120-190 decibels).

The only physical damage I could see being possible besides some ear bleeding, would be if the pressure/force wave of the sound was directed at the individual, because if that is high enough it can start to damage you internally.

Using sound and pressure waves. A pair of airtight headphones are clamped to the ears and a combination of a piston (for low frequencies) and speakers (for high frequencies) would activate generating sounds at pressure levels that permanently destroy the cilia in the cochlea at all frequencies of interest.

This is done with sound pressure levels, at frequencies, and over a long enough period of time that 99% of cilia are destroyed, rendering the individual legally deaf.

It should not otherwise harm the other nearby organs, so sense of balance and brain tissue should be fine, though immediately after treatment I expect one would experience a headache.

Combine it with an EEG and you can measure brain response to sound, so you can perform sweep tests of the human hearing range, and then reapply sound pressure at frequencies they can still hear without requiring them to provide feedback. This would be necessary since everyone has some variation in hearing.

Most of the answers above suffer from two problems: possibility for infection, and that they're permanent. If you don't care about that, fine, but if you do, let me offer an alternative.

Cochlear implants are real-life devices used to help people who are deaf. There could be some minor side effects, but they're usually not debilitating. And it's done in a hospital room, like any other surgery, and so minimizes the former problem (we hope). Plus, it's (mostly) pain-free. Unless you want the process to be torturous as well.

At this point, all you'd have to do is hook the devices up to a remote or something of the like, with which you can adjust the volume at which they can hear. Thus, you can just turn their hearing off for as long as you'd like.

One other bonus is that you can give them built-in shock therapy. For instance, if you want to do this to prevent thievery, and he continues stealing anyway, just use your handy dandy remote to get the implant to give him some good-ol' shock therapy. That's going to be one heck of a headache.

One problem is power sourcing. Perhaps you could somehow build the devices to build up energy from heat let off by the brain, where most of the body's energy is spent. Basically, it'll be the Prius of the biomedical torture devices. That seems to be the most practical option. You could put a solar panel on his head, or put some wires all up and down his body to gain energy from his movements, but seemingly having the charging device on the battery itself would be the most practical option. 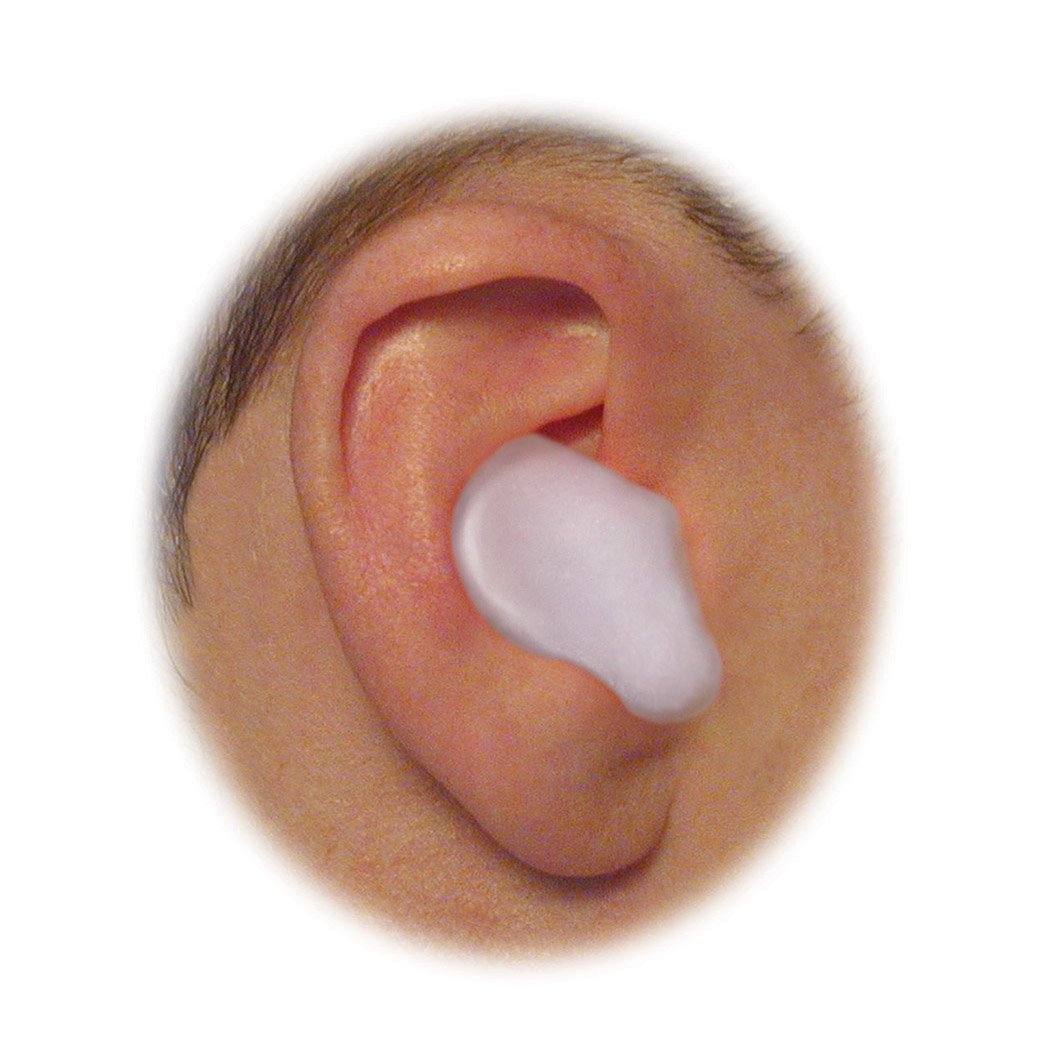 The technology is very simple. The nice thing about Mack's Pillow Softs as a judicial punishment is that it does make one quite deaf, but is easily reversible, and so the punishment can take place for a prescribed period and then end.

And if you transgress again you know what you are in for: more Mack's!

Not the answer you're looking for? Browse other questions tagged anatomy torture justice .

33
Solid material made from human blood
5
How would a decrease in intelligence as a punishment be carried out?

6
An unusual crime-and-punishment scenario - is it plausible?
5
How would a decrease in intelligence as a punishment be carried out?
5
How would the anatomy of a metal-eating bug work out?
9
How would humanoid creatures with powerful jaws, claws, and a tail efficiently use their anatomy in barehanded combat?
1
How would wings on the head work? What muscle structure would they need and how flexible could they be?
1
How would radially symmetric, saltatorial monopedal creatures plan out underground towns for movement?