Habitable planet around a binary brown and white dwarf system

Brown and white dwarf stars are thought to have habitable zones but are very close orbits. Plus these planets will experience strong tidal forces and be tidally locked. But if you have a large Earth, maybe twice as large as Earth, around a brown dwarf but is outside but close to the habitable zone. And the brown dwarf is captured by a white dwarf but also just outside it's habitable zone. Can the combination allow the planet to be habitable? What issues would arise? 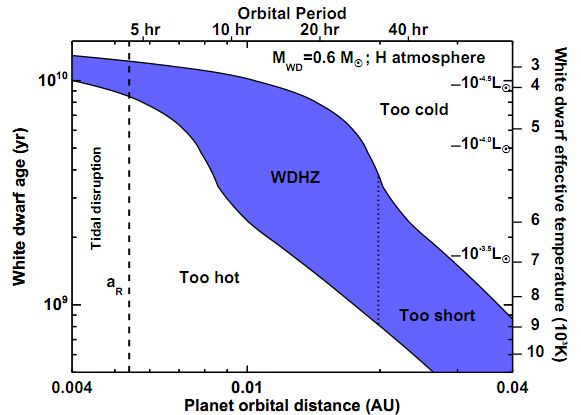 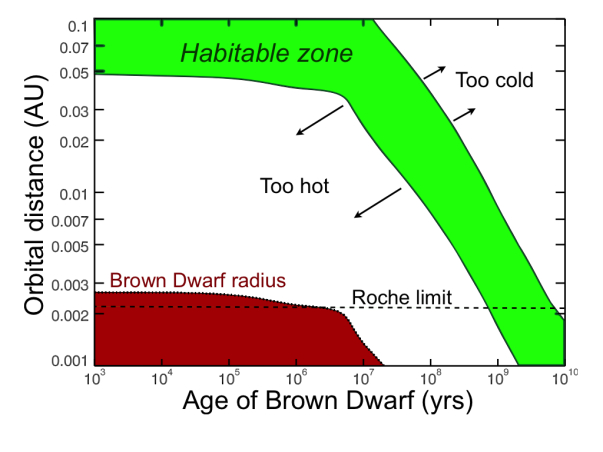 There are some minor problems:

1) Habitable zones shifts, and both objects that you use would on a bilion year scale become much, much dimmer. Thus either the planet would freeze, or it would be fried before. (the good thing is that fried from only one side ;) )

2) Habitable zone for billion years for brown dwarf is rather close to Roche limit. Would you mind if your planet would be torn in to pieces by tidal forces?

3) You are putting both stars and the planet really close, roughly counting 0.01 AU from each other. Such system are presumably not much stable and end up with some planets thrown out of system.

4) The only idea I could imagine it would be a trojan planet around 0,01 AU. That was damn lucky, that the preturbation of orbit moved it with time closer and closer to white dwarf as it dims...

Not the answer you're looking for? Browse other questions tagged planets space habitability .

40
Habitable moon of a gas giant: working out the sizes and distances
12
What is the climate on a brown dwarf planet with split heat sources?
7
Radiation from binary star systems and how that would affect a planet orbiting both stars
5
Naturally maintaining an atmosphere being stripped by a brown dwarf‘s magnetosphere
9
Brown Dwarf Star vs Gas Giant as parent for habitable moon
7
Heating a gas giant's moons in a red dwarf system
2
The major effects on the habitability of exomoons orbiting this Brown Dwarf
3
Feasibilty of binary planet having life
6
What are good lower and upper bounds on year length for habitable planets?