A predator with pseudo-invisibility, partially achieved by airborne chemicals

So for a story I'm working on I thought of a forest-dwelling predator (see the image for a design) which has a skin very sensitive to light (not in a painful way, just that it notices differences in intensity and shadow), and an organ at the end of its tail which releases a special airborne toxin, if you will, which numbs the senses of animals/prey around it (those senses being sight, hearing and smell in this case).

The idea of its light-sensitive skin was: the predator hunts when the sun is low and there are lots of shadows in the forest (lots of patches of light and dark). Because it moves very slowly, and its skin can sense which parts of its body are covered in light and which parts covered by shadow, its pigment can sort of "move along" with the detected light and shadow, as to blend in with the environment.

Seeing as this would probably still be visible for a 'sober' prey, the airborne chemicals released from the organ numb the senses in a way that such irregularities in the background are less noticeable or fade away. The prey would become sluggish and far less aware of its surroundings.

So I guess I have 2 questions concerning the same beast:

Is an organ releasing intoxicating chemicals into the air somewhat realistic?

And: is the concept of pseudo-camouflage described above in any way viable or imaginable? I find it sort of hard to describe the process in a clear way, but I have quite a specific vision for it.

Please note that the world this creature inhabits is also filled by magic forces which can influence the way nature and evolution work. I don't want this to affect every animal or creature in there, but I want to keep it in mind as a sort of alibi for explanation. 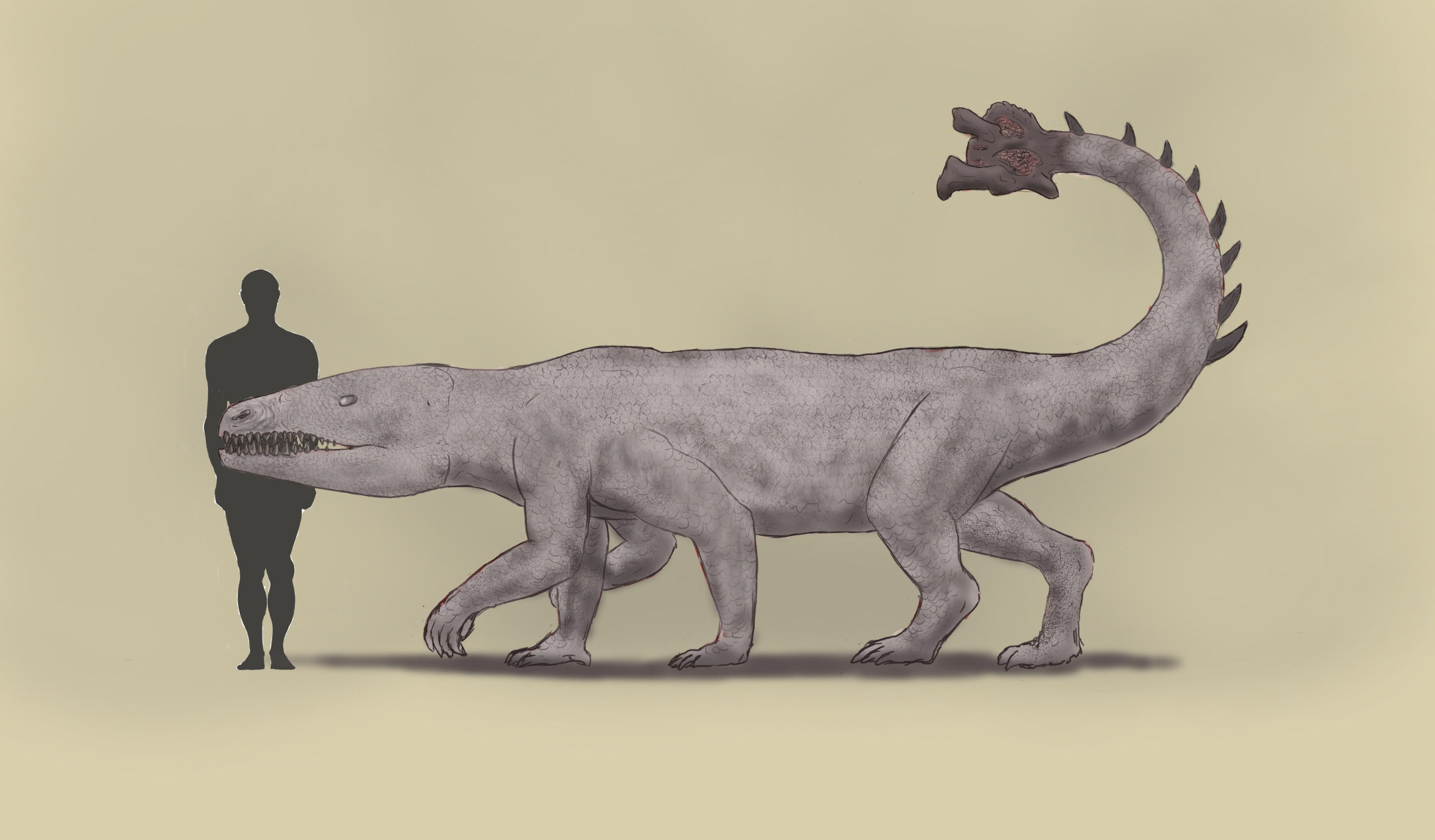 Diffusing chemicals through air has some inconvenience:

It would be better if the organ releasing chemical would act as defensive medium: it becomes more effective the closer the potential predator is, allowing a swift escape.

It would be even better if the animal could target, for example by spraying or spitting, the toxin toward the prey/predator.

Regarding the camouflage it resembles what octopus already does. So it is in principle possible.

Does it spray the prey then track it down as it gets goofy? That is a done thing with venoms. Or it just spraying the area willy nilly, not knowing if there is prey around? That would use up a lot of spray.

I like your idea for a thing smaller than what you depict. Your system would work perfectly for a parasite / predator like vampire bat. Or a big bedbug. It would find prey then surreptitiously spray it from a safe distance - maybe from up in a tree, or the ceiling. Senses numbed, the prey does not then notice the creature (possibly with its extended family) slowly crawling in to quietly feed.

Chiggers kind of do this - they release an anaesthetic before they release the acid that melts your skin, so as to avoid detection - various other biting things may do too, I don't know.

Overall I like your design and think that especially with the concessions you're willing to make on absolute realism due to the existence of magic, you're fine with this. One thing that occurred to me was that the creature's photosensitive skin could have evolved to produce the toxin from pores when light hits it above a certain (low) intensity. I don't know the equations you'd need in a realistic world, or whether they could be photosynthetically catalysed, but it seems borderline plausible to me - and magic would definitely do it obvs. That way you've perhaps solved the problem of how it diffuses enough of the stuff to have lots of it constantly around (in sun/moonlight).

You could keep the tail gland thing perhaps for spraying more concentrated doses in a defensive situation, which despite its general terrifyingness I can imagine it could need being so slow moving.

It seems like it could be an adaptation shared by a family of creatures, too.

Not the answer you're looking for? Browse other questions tagged reality-check biology creature-design .

9
At what point does sensitive hearing become a hindrance instead of an advantage? (For a predator.)
16
Tactical Cooling of a Predator
2
A predator that uses an airborne chemical to make prey not be afraid of it
28
A fast aquatic predator with multiple eyes and pupils. Would these eyes be possible?
7
Foraging behavior of a forest slime
3
Would a large gliding predator be viable?
4
Using a melon organ on land. Plausible?
7
Are firefly-like vertebrates biologically plausible?
6
What would a lung/gill combo organ be like?
4
Are retractable ears plausible?