How might a game have made its way from China or India to the Mediterranean in the ancient world?

This is in regards to "The Secret History of [M]", a reputedly ancient game with a disputed origin, and am thus looking especially for references involving m words.

Q: How might a game have made it's way from either China or India to the ancient Medeterranean? I'm looking for multiple theories.

[Following is text from the secret history I'm currently piecing together, to give you a sense of the spirit of the narrative, which takes a cue from Danielewski in providing not just footnotes, but footnotes to footnotes;]

Said to be the lost game of Yi, referenced in the Analects(1) and Zuo's commentary to the Spring and Autumn Annals. Legend holds that the Duke of Zhou created the game(2) prior to the Battle of Muye to demonstrate the concept of the Mandate in Heaven, reflected in perfect play.(3) The game serves as a metaphor statecraft per the exertion of power and influence, and by the time of Master Kong, it was considered elegant to conclude by a draw, representing perfect balance of yin and yang.(4) The game is thought to have died out in the Middle Kingdom due to the labor intensive aspects of play, which required a dedicated abacus operator, traditionally for each of the 9 regions of the game board.

(1) The Master said, "To eat one’s fill all day long and not exercise one’s mind – that is hard to understand. Even those who pass time with the games of bo and yi are more worthy."

(2) Zhou was himself said to be inspired by the Lo Shu magic square of the great sage Emperor Yu, related to geomancy, placement of objects and flow of energy, analogous to the influence vectors of [M].

(3)Perfect play was analogous to perfect conduct, a critical virtue for a great leader. Poor placements were understood as going against against the will of Heaven.

(4)Master Kong noted that when played benevolently, the gameboard could take the shape of the yin yang symbol, with four connected outer regions belonging to each player, and a shared central region. Some claim the use of the zero in the game originated with Master Kong, who is said to have replaced the original cuneiform Suzhou numbers with the eight trigrams of the I-Ching, replacing the 9th game piece with an "emptiness" token.(A) However it remains unclear if the shift to trigrams was actually instituted by the Duke of Zhou, credited with the writing of the I-Ching, which was famously edited centuries later by Master Kong, or if such a shift to trigrams ever actually occurred since no visual record from the period exists. Others still maintain it was the Zhou Dynasty strategist Jiang Ziya, later enfeoffed as the Duke of Qi, who saw the advantage of having a purely defensive token.

(A) It is notable that the concept of the emptiness token as a placeholder rather than a value is consistent with the pre-Hindu/Arabic conception, and some scholars posit that the earliest evidence for this placeholder zero dates back as far as 7,000 years in ancient Sumer.

Manava, a mathematician of the 8th century BCE is alternately credited with the discovery of the game. While there is no direct evidence, nor detailed discussion of magic squares in texts until the 14th Century CE, combinatorics are known to have been used in India at least as early as the Vedic period.(1) One of Manava's sutras involved the geometrical construction of fire altars, and oral tradition holds that there is a lost treatise that detailed the rules of [M], which would have been valued as a method of contemplating geometry.(2) Most believe the use of the zero arose in the Indian game, history in India. Ramanujan(3) was reputedly a lover of the game, defeating all comers at Oxford.(4) Without proper boards in England (Chess boards being only 8x8) Ramanujan used chalk and slate. In this manner he is said to have extended the game into n dimensions.

(1) The earliest documented application involves the six flavors are listed as: sweet, sour, salty, pungent, bitter and astringent. Ayurvedic medical treatises of Charaka and Sushruta deal with such issues as the total number of combinations of the 6 flavors.

(2) Some have cast doubt on Manava's invention of the game, proposeing rather that it was named in honor of Manava, King of Gauda who was an avid player.(A)

(3) Some even refer to [M] as "the Madras game" as a tribute to the visionary mathematician who hailed from the Madras province.

(4) In these competitions, players were expected to do all calculations in their heads. Ramanujan reputedly described a version of the game in which infinite values could be used, but the papers have never been found.

(A) Others have pointed out that had he been a devotee of the game, he never would have lost his kingdom so quickly—Manava ruled for a mere 8 months!

From here, the history moves to the Hellenized world, where I find a link to Mithradates, and, alternately to Menaechmus, mathematician, geometer, and a tutor of Alexander of Macedon. There is also discussion of the game in Rome, where it was identified with Mercury per the game's "mercurial" condition of regional flux, and an early understanding of [M] as an economic game. (Mercury is the patron god of commerce. M is the greatest Roman numeral, referencing the astounding number of possible "moves"in the game.) The use of scales in the Roman game for scorekeeping is tied to the Egyptian Maat, who, like Mercury, is a liminal figure presiding over boundaries--borders, or margins, are a key aspect of [M] mechanics. This Egyptian connection supports the India hypothesis for the origin of the game, where it would have made its way across the India Ocean to the ancient Red Sea ports, but others claim it came across the steppes or through the mountain passes of central Asia, and was only retroactively related to Maat in the Roman period.

So: you want alternate history, riffing on the letter M, and getting your game from China to Hellenic Greece in time for Alexander and Mithradates.

Might I suggest the Spice Route, to the Land of Myrrh: Punt, or Ethiopia. 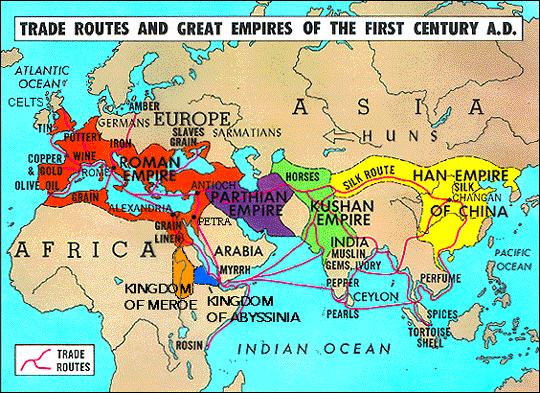 where the game would be received by the founder of the country and son of Solomon King Menelik.

From there the game moves inland to the Kingdom of Meroe. 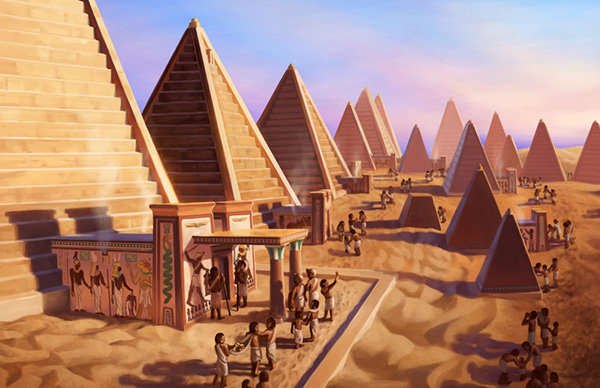 and within a century is a favorite in the fountain-dewed courtyards of Memphis. 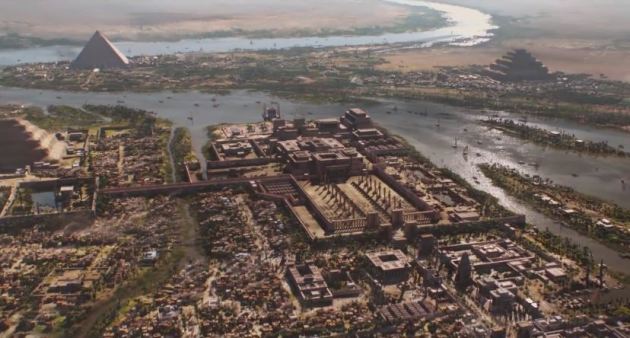 1
Time to walk from India into China in the 14th century
76
How could an ancient race warn the future in a universally understandable way?
15
How would a time traveller conquer the ancient world?
4
How could the Ming Dynasty's armada have made China a colonial superpower?
37
What non-electrical, basic tool from today, could be made that would change the world in ancient times?
4
How to adapt the Royal and Ancient Game to Zero-G?
1
Hypothetically or Theorethically can ancient to medieval periods technology make non biodegradable plastic bag?