Would a Dyson sphere make a red dwarf appear to be a Brown Dwarf? Would it disguise a star enough to misidentify it what size it is? I'm just wondering if it could be possible that some Dyson spheres are out there drifting around, camouflaged like a rather innocuous and innocent star?

No, you could not. Temperature probably isn't an issue, but a Dyson sphere shouldn't show the proper spectral lines.

These temperatures are reasonable values. If we accept a lower temperature limit of $300\text{-}400\text{ K}$ for a brown dwarf, Slysh's rule lets us choose stars roughly as hot as the Sun, or hotter. The emissivity calculations let us choose, in general, any star hotter than a red dwarf.

From a temperature perspective alone, there shouldn't be serious issues.

If you measured the emission lines, though, you would definitely see different materials in the two objects - there's no way around that. And yes, the radius of the Dyson Sphere would be much larger than that of a red dwarf - so certainly larger than that of a brown dwarf, as pointed out by JDlugosz.

Here are some lines you'd expect to see in a brown dwarf:

Not all of these are necessarily going to be present in a brown dwarf's spectrum, but the absence of all of them in the spectrum of a Dyson sphere is going to raise some red flags. That's you main problem.

Thanks to all those who commented and pointed out inaccuracies and errors; the answer is the better for that. 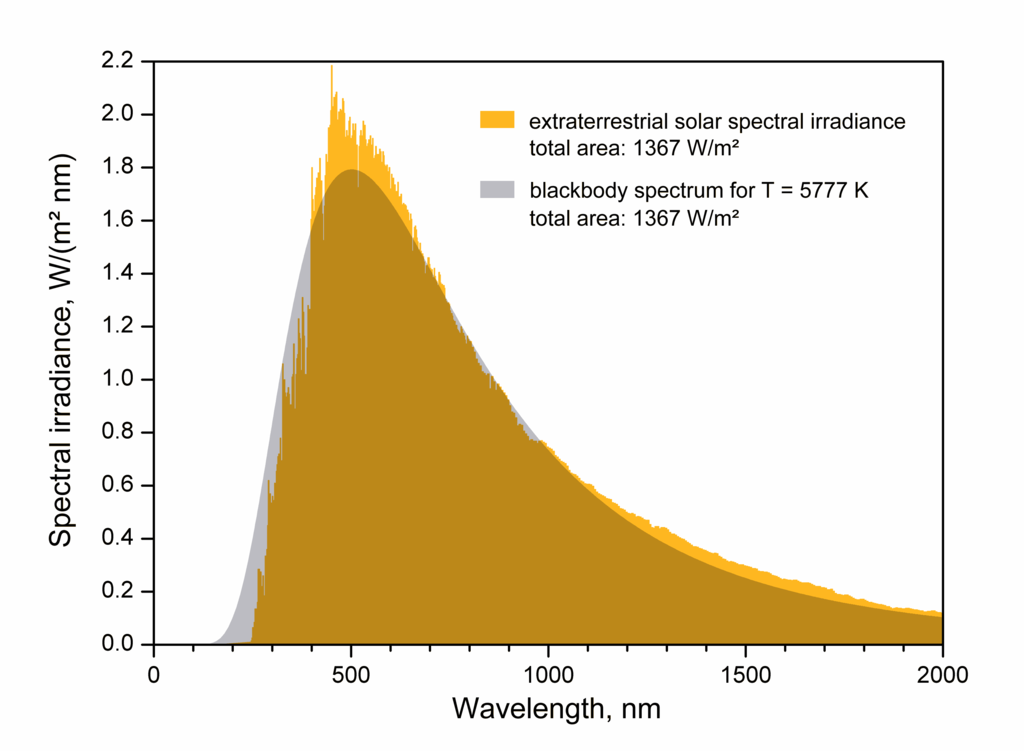 Brown and red dwarfs have their own "fingerprint" signatures, which differ from that of both the sun and an ideal black body. This fingerprint is the first thing astronomers look at, so I would not expect them to be fooled for long.

I don't think so, because a dyson sphere would not have the same emission spectrum of a star.

Now consider the light emitted by the dyson sphere. If we emit as a black body, we will not have the same emission spectrum as our star unless the dyson sphere has the same elemental makeup as the star in question. Since stars are made up mostly of gasses, this would be difficult to achieve. If we emit through transparency, we will still have the same emission spectrum as a red dwarf, but appear less luminous. Most materials also have a transparency that varies based on spectrum, so we'll see the spectrum of the red dwarf reduced at different frequencies dependent on the material of the sphere.

A search for Dyson spheres has actually been carried out under a similar theoretical framework. Under the assumption that most terrestrial objects radiate mostly in the infrared spectrum, astronomers searched for stars that had a spectrum shifted more towards that part of the spectrum than the star would otherwise be expected to emit under. The search did not successfully find anything that looked like even a partial Dyson sphere.

Even if we manage to get our Dyson sphere to emit the same spectrum of a brown dwarf, though, it will still appear too big and too massive to be a brown dwarf. Brown dwarves are smaller than red dwarves, and a Dyson sphere would need to be significantly bigger than a red dwarf.

Not an expert on blackbody radiation, so you might get a more competent answer on (Astro)Physics, but conceptually if you have a matrioshka system, where each layer captures and uses the radiation of the more inward layer, you can bring the blackbody radiation level down to an arbitrarily low level >= CMB.

The only "disguise" issue would be that brown dwarfs are generally capped around $80 M_J$ (Jupiter Masses), while red dwarfs are generally at $[0.1-0.5] M_S =[100-500]M_J$. There might be a small overlap at the lowest of the low red dwarfs. But generally, your apparent stellar radii might mismatch, and the orbits of any remaining planets would be anomalous, upon closer inspection.

First - Brown Dwarfs are small. A Dyson Sphere for our Solar System to duplicate Earth like environments would have to be about 2 AU in diameter to give Earth-like solar radiation incoming. A Dyson Sphere would be BIG.

The mass of the Dyson Sphere would be large - the sun itself and the mass of the sphere - so in a double star would look very different than a light brown dwarf.

The Dyson Sphere, in the end, would have to re-radiate all the incoming solar energy out the shell as heat. So the total luminosity would be the equivalent of the star inside, not the small amount reported. If you trapped heat in, you bake your sphere until it glows on its own.

I just thought of another test. A Dyson sphere, due to its large size, will rotate very slowly if at all. A planet or sun rotates about its axis in hours or days. This speed difference between the limbs of the object give splits to the spectral lines that can be seen. So a visible Dyson sphere would look anomalous due to its slow rotation. I'd think that to get a sphere to revolve about its axis in months or less would require unreasonably strong materials.

Look on YouTube for the weekly SETI seminars. Not too long ago they discussed exactly that, and what instruments are needed to be able to tell if that were the case!

I seem to recall that it's not brown dwarfs that it looks like (a brown dwarf is only just larger than Jupiter) but some types of dusty systems or star formation. Models of spectra show that a particular spectral band that is not distinguished in current readings would show the difference between Dyson spheres and imposters.

Most of the answers above assume a shell of material located at a radius around a star which would support Earth-like habitats. However, colonization by robotic life would produce a significantly different architecture. And, the other respondents assume that a dyson sphere (or Dyson swarm, rather) would be orbiting a luminous star - if, instead, a swarm was harvesting material from a Jupiter, it may be dim enough to go unnoticed. If I was a space-faring artificial life form, I would prefer to orbit and mine a Jupiter - lower gravity would make siphoning gas much simpler, and there is no risk of a nova (with a star, loss of gasses would lead to cessation of fusion at its core, followed by collapse, then explosion as fusion re-ignites...). We do not have the sophistication to detect cool, wayward Jupiters, so this possibility may fit your goal of a 'hidden Dyson'. For example, the recently discovered super-magnetic Jupiter: https://phys.org/news/2018-08-vla-extrasolar-planetary-mass-magnetic-powerhouse.html

Not the answer you're looking for? Browse other questions tagged stars aliens dyson-spheres .

21
Would a Type 2 Kardashev Civilization really build a Dyson Sphere around their own sun?
25
How and when could a Dyson sphere civilization figure out the shape and size of their sphere?
3
Climatology of a supermassive Dyson sphere?
4
Theoretical: Habitable planet in a binary star system
0
Dark matter caused by Matrioshka Systems
6
Where do you put a photosynthetic Dyson sphere?
4
Barycentric/Orbital stability of a Dyson Sphere and Central Star
10
What element, if any, would justify mining stars (financially)?
3
Could neutron flux from a hotter primary star/keep a brown dwarf burning?
0
Is this scenario possible? How can it be done?-Dyson sphere replaced by gas giant star