Could a plant lure humans in by using 'sex pheromones'?

So this question, Designing a Carnivorous Plant, talks about animals being attracted to a plant, at first by a sweet scent, and then being drugged by an unspecified toxin which renders them 'euphoric' enough to not want to move. The plant then digests them and uses their biomass for nutrition like a Venus flytrap does a fly.

My question is similar but different (Captain Obvious I know but hear me out): Could a plant use pheromones which sexually attract humans to achieve its purposes? This can be a carnivorous plant or one which wants to attract humans for the purposes of spreading its seeds - or even, strange as it seems, pollination.

Clarification: I'm working with current human biology here. By 'pheromones', I'm referring to anything chemical which humans use to signal sexual availability.

Pheromones, even in species that react strongly to sex pheromones, are like an on/off switch or a volume switch that triggers the strength of an existing impulse.

But, pheromones don't do anything as complex as changing the basic template of the species (or even family or order or phylum) of what someone has a capacity to see as a sexual object. That would involve reprogramming lots of different areas of the brain, not just adjusting the flow in one or two biochemical pathways in the body as pheromones do.

A plant that chemically triggers direct dopamine release a la the Greek myth of the Lotus Eaters (producing an effect similar to Oxycontin) wouldn't be explicitly sexual, but can be transmitted in gas form (people can smoke heroin, for example), and would trigger feelings of euphoria and trust. Basically, it could skip the sexual arousal phase and go straight to the afterglow.

But, even if any existing pheromones have only a slight effect (and count me among those who think that the evidence supports very mild pheromone effects in humans), I don't think that anyone seriously disputes that sexual arousal has a strong biochemical element to it.

Sex pheromones do have powerful effects in many non-human species, and while humans have greatly degraded olfactory capacity, that doesn't mean that the biochemical pathways that sex pheromones trigger in other species don't exist in humans. It just means that the way that those pathways are triggered in humans is different. Find the right trigger and you will get the desired effect.

Like pretty much anything else that has a strong biochemical element to it, it would probably be theoretically possible in principle to hijack the relevant biochemical pathways with a gaseous form perfume from a plant, even if that isn't something that happens in nature. 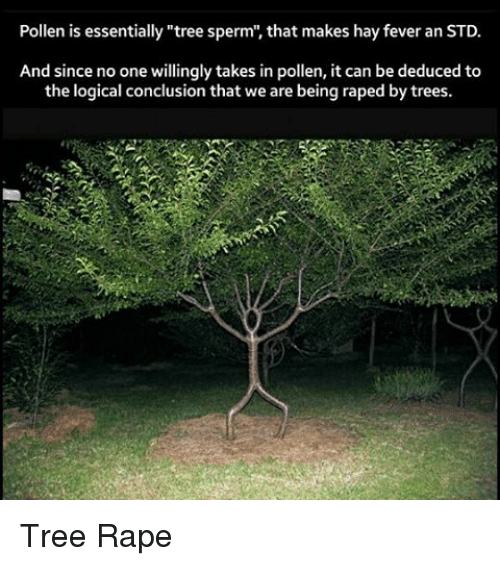 The real problem with a plant triggering sexual arousal is that even if the plant does successfully achieve this perfectly, in some way or another, leveraging that cue into an attempt to have sex with the plant that in turn causes the plant to be able to eat you is an entirely different matter.

Sexual arousal merely makes someone highly receptive to other perhaps otherwise substandard cues that there is an opportunity to have sex (the technical term is beer goggles). Someone really aroused and far gone might even try to copulate with a dog or a cow or a goat. But, even extremely sexually aroused drunk people do not generally try to copulate with plants. A plant that did this might cause animals in its vicinity to have inter-species and other varieties of sex that they might not otherwise engage in, like certain plants in the Xanth novels of Piers Anthony, but would probably not lead to someone trying to have sex with the plant itself. Changing the cues in other senses that cause a person's brain to identify a potential sexual partner to the extent that they would be attracted to a plant when they were sexually aroused would be far, far harder (maybe virtually impossible) than merely causing someone to be sexually aroused in general.

A more plausible strategy for a plant that could tap into the biochemical pathway that leads to sexual arousal would be to have a chemical trigger that has that effect when ingested, causing people to eat the plant to get the effect and in the process to spread the seeds and encourage humans to cultivate them.

I can imagine a sexy smelling plant that obtains biomass from humans. Specifically: male humans. 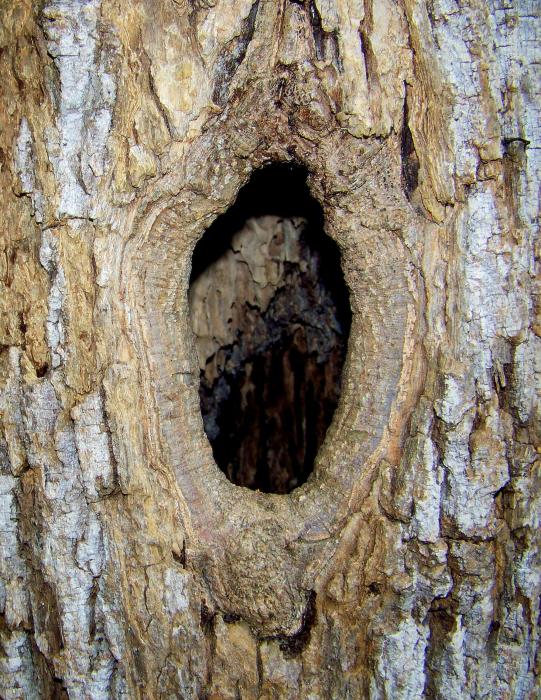 Males aware of the properties of the plant might choose to make a donation. Repeat donations are definitely possible. Probable. I can imagine cultivation of said plants, and possibly even selective breeding for desirable characteristics.

Carnivorous plants probably aren't going to happen. As AlexP points out in the comments, the great apes are not heavily dependent on pheromones for our sexual interactions. Sure, we have some scent based compounds which appear to indicate immune system compatibility by exposing information about our major histocompatibility complex, but they're a rather calm force. Certainly not something which would generate enough euphoria to snare a meal.

If they could develop a chemical of their own which somehow hijacks the signals in our brain in a yet-undiscovered way, they might be able to do something. It is known that our intelligence is substantially taken offline when we're aroused (it's been argued that this is one reason for a lack of condom usage). However, now this plant is stumbling into one of the greatest battles of all time: the battle between the intellect and our base desires such as reproduction. If it were to suddenly be unsafe to get within 100m of such a plant, you can be guaranteed that the human culture would quickly develop intellectual reasons to stay at least 150m away from any such plant (and likely burn it with bombardment fire from that distance). We're a really smart animal to use as prey.

However, if you merely want to use humans, there may be more options. If you were a plant and had a more mild euphoria toxin, you could attract humans to you. If you didn't harm them, they'd have no reason to avoid you. In fact, they'd be attracted to you! You could then use them in many ways to help you spread seeds or pollen all over the world. And yes, there's plenty of X rated ways to interpret that sentence, but there's also plenty of mild ways as well. Consider the synergy between bees and plants for distributing pollen. The bees pick up pollen simply by being around the flower and going after what they want. I'd point out that it's known that the human body is designed for long distance travel better than any other land creature out there. These humans could make quite the little bumble bees, carrying your seeds and pollen to the far reaches of the savanna!

Your question immediately reminds me of this particular scene on this manga: Dungeon Seeker. The next page of this image is particularly disturbing, so I refrain from using that, but you can follow this link to read the chapter to get the idea. 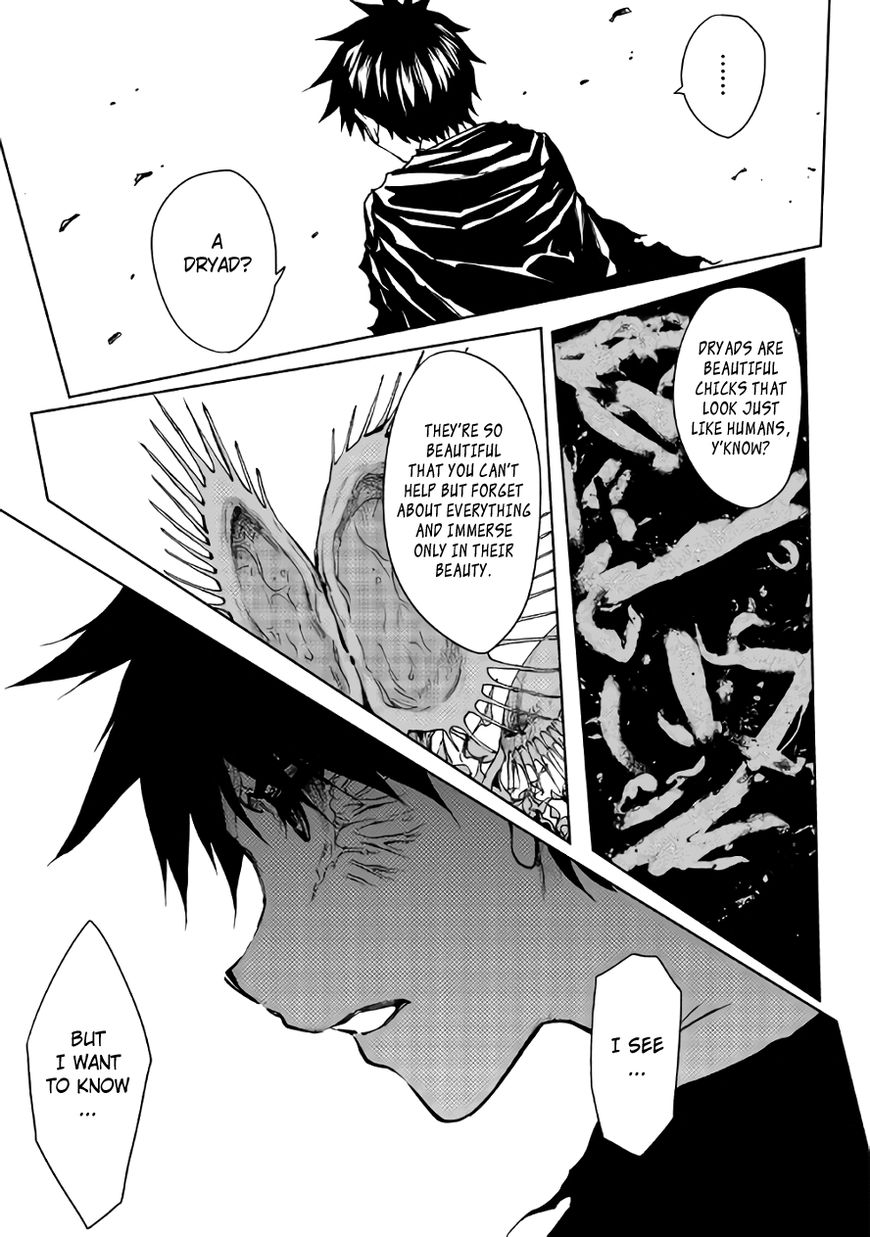 Although this manga setting is magical, I think the idea of using hallucinogen to achieve what you are after is possible.

The plant may smell nice at the beginning, but that's the hallucinogen starting to fool your brain. The area of effect should be pretty large to allow the hallucinogen to work, then a sweet aroma stimulate your hunger and draw you to the vicinity of the plant. You can imagine the fate of this poor fellow.

The hole in this scenario, though, is that human's sense of smell is not as good as dog, and thus not always be able to determine where the smell came from.

If you are trying to create a plant that attracts people to it then it could be a suggestive shape or motion that would pull us closer since we are more visually stimulated than smell stimulated. That would get them to come investigate but not likely to slow them down enough to get digested by a plant.

Another thing that may work is that the pheromones it produces make humans euphoric and they go and hang out around it for the trip until they collapse and become food.

Maybe it has a symbiotic relationship with some predator that kills and drags its prey over to get eaten. maybe the predator wears it like a hermit crab and it feeds off the remains.

Not the answer you're looking for? Browse other questions tagged science-based flora chemistry biochemistry or ask your own question.

14
What kind of reaction time could a mobile plant have?
11
How could a large spherical plant heat air inside to fly?
7
Could a human-plant hybrid exist?
6
Plant/mineral that could preserve fresh meat without anything other than fire?
2
How could I explain an alien species' non tool based plant manipulation without using magic?
11
Could a plant vocalise and how?
4
How could a plant harness kinetic energy?
6
Feasibility of a species based on Yog Sothoth (HP Lovecraft lore)
9
Could life generate twice on a planet using slightly different materials?