How to efficiently protect a city from constant snowstorms?

Sort of an extension of

With minimal terraforming, what features/structures would need to be built to protect a 25mi radius city from wind?

but with some more items to consider.

For whatever reason, a small city pops up in a cold region with constant snowstorms. The climate and terrain are similar to that of the Antarctic, only with more severe weather. It snows at least every other day, and wind is high. Naturally, people who reside in the city want to protect themselves from the severe weather, and want to be able to live a relatively comfortable life inside this city. They:

They want to build something, or set up a series of systems or infrastructures to make the following possible:

Assuming they don't have to worry about food, water, or other things that an Antarctic settlement might need, how can they accomplish this goal efficiently? The criteria for efficiency are as follows (in order of importance):

You do not have to build underground to have a city where it snows.
Behold Minneapolis. 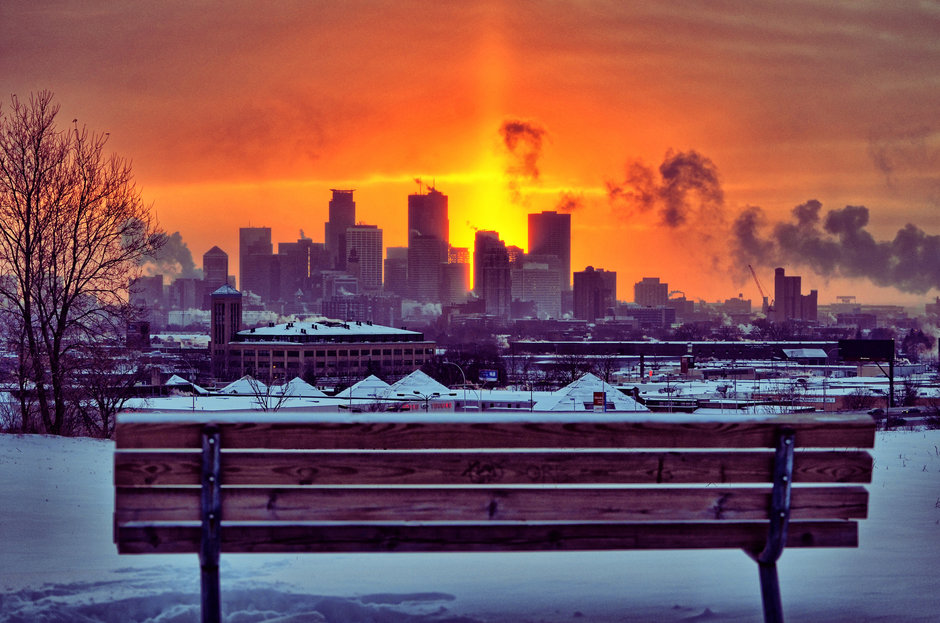 Minneapolis clears its streets and deals with heavy snow using snowplows. They pile all the snow up next to the frozen river.

Minneapolis averages 55 inches of snow a year. Yes, Buffalo NY averages 95. But Minneapolis has skyways. They cover 18 km. You can go all over, in the light, and never go outside. 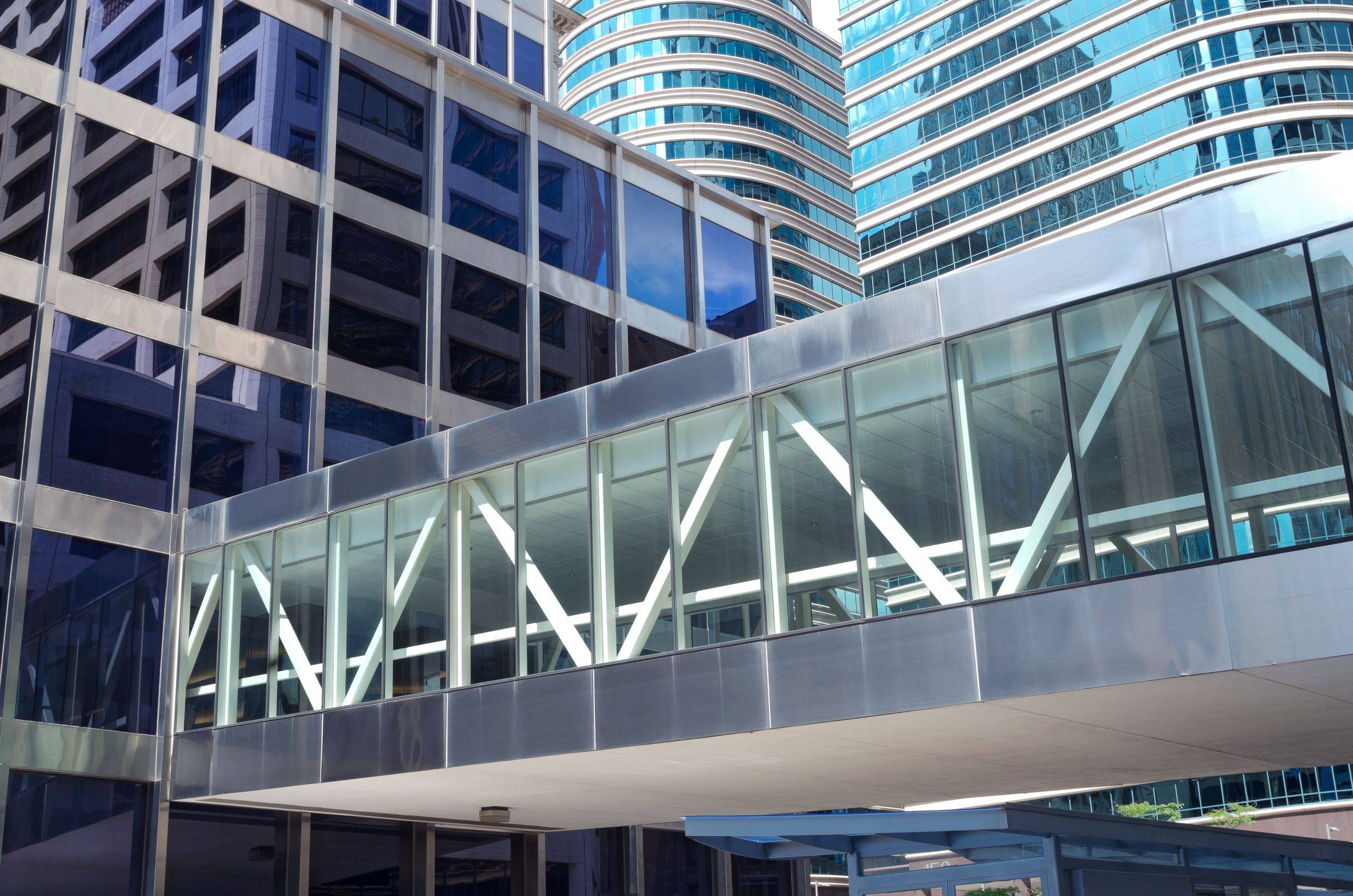 It is not scifi. Let Paul tell you about the skyway .

Rather than constantly fighting against constant snow and ice, they better build their city underground:

If they have a reliable energy source they can use solar lamps to solve the lack of sun exposure.

Building underground as mentioned above would be the best long term protection, yet it will be costly and time consuming in the building Phase. If you want to have your city on the surface, build wind breaking mechanisms or Channel the wind and use it for the city's advantage driving e.g. large turbines producing energy for you city. In this way you get two advantages in one action.

Constant snowstorms would actually not really happen. If the city is permanently frozen, there will be almost no snowfall at all (think Antarctica with 150mm of precipitation a year, while Aomori City has almost 8 metres yearly).

But let's consider that constant snowfall and snowstorms do happen in your world. I'd say build underground, but nobody wants to live like a mole. So, build a dome over the city? And pull heating wires all around the dome to melt all the snow that falls on it to prevent it from collapsing, along with canals and trenches around the city leading to a nearby river/lake. Of course, such a project would be majorly expensive.

Maybe the walls and pavement throughout the city have some sort of heater in them, and since a snowstorm includes strong winds, it can be wind-powered. This would get rid of accumulating snow, but wouldn't prevent it from still falling on people's heads. High tech carbon fiber umbrellas that can withstand storm winds?

By 2050, technology might advance by unimaginable amounts. 30 years ago, iPods and Gameboys were considered high-end tech. In another 30 years, who knows what we'll have. So you can create a cloud-busting missile, laser, gas, w/e that prevents the snowfall from even happening. A super-sonic tower that uses some sci-fi tech to disperse clouds?

Not the answer you're looking for? Browse other questions tagged climate weather engineering ice infrastructure .

9
With minimal terraforming, what features/structures would need to be built to protect a 25mi radius city from wind?

16
How could constant or near-constant rain in an area be possible?
2
How to efficiently raise the earth's temperature
12
How would a "tornado-surfer" protect himself?
1
Hurricanes - How to Protect Against the Damage
9
With minimal terraforming, what features/structures would need to be built to protect a 25mi radius city from wind?
2
Harvesting energy from rain as efficiently as possible
3
How do I design a city to be habitable under a constant barrage of low-yield nukes?
9
How to shield lighter-than-air towers from wind?