Energy source for a generation ship

A generation ship was sent out a long time ago, to colonize a far away planet. However the ship failed to reach its goal due to navigational issues (which also means they didn't have any clue where in the galaxy they actually were, and how to return to earth). They continued the journey in the hope to eventually either find a colonizeable planet or find back to earth.

It is now travelling for much longer than its originally planned travel time, indeed, a multiple of that. This means that obviously any fixed energy supply the ship may originally have been equipped with is long consumed. So the ship somehow needs to harvest energy from the universe. I don't want it to simply go into orbit around a star and remain there, but it shall still be on its interstellar journey.

This of course poses the problem where the ship gets its energy from. I see the following possibilities:

However given the small density of hydrogen in space, and the long time travelling between star systems (remember, this is a generation ship, so you'd not expect extraordinary high speeds), both options don't seem too convincing to me.

Does anyone have a better solution (or alternatively, can convince me that the two solutions are not as bad as they seem)?

Note that I don't need (actually, don't want) an abundance of energy, but it should be sufficient to keep the spaceship operating and the people on it alive.

The Bussard ramjet idea could very well work - if you plan your route correctly.

You're worried about the low number density of hydrogen atoms/ions in outer space. This table shows that this is indeed quite a big problem. There is a solution, though, which is to travel nearly exclusively - when possible - through molecular clouds. These are swaths of space filled with hydrogen and helium where stars are born. They also have a very atomic/ionic number density - roughly $10^2-10^6$ atoms per cubic centimeter (which translates to $10^8-10^{12}$ atoms per cubic meter). Wikipedia says that ~$\text{91%}$ of the interstellar medium is hydrogen; molecular clouds could have an even higher percentage. I'll go with that, and assume a density of $10^{10}$ atoms per cubic meter.

In that one second, $3.920 \times 10^{10}$ Joules of energy have been consumed. The velocity I gave before was $20$ kilometers per second, so the ship has gone $20,000$ meters. Work is defined as $\text{Force} \times \text{distance}$; setting the energy used as work, I get a force of about $195,984$ Newtons. Given that the mass of the ship is $\text{something very large}$, you're not going to have a huge acceleration. You can always increase the size of the scoop: multiplying the radius by $x$ will multiply the area by $x^2$, and thus multiply the amount of hydrogen collected by $x^2$, so long as $x$ is in meters.

Of course, there are ways around this. For example, maybe your ship is propelled by a solar sail. A solar sail takes a while to get to a decent cruising speed, but it needs no fuel. Plus, it will be about the same size as the scoop, so the scoop shouldn't cause any additional drag. This means that all the energy can go towards keeping the ship's inhabitants alive.

Molecular clouds aren't easy to come by, though. Wikipedia (the molecular cloud article) says that they only compose one percent of the total interstellar medium. Ouch. However, it does say this:

So you can think of that ring as an express lane for Bussard ramjets. I haven't been able to find an image showing the location, but this (paywalled) paper seems to be a good start. In summary: choose the right locations (and take a solar sail along for the ride) at it seems like you'll be okay with a Bussard Ramjet.

I just realized that there's a loophole to this (and I feel stupid for not realizing it before!).

The Swiss plane Solar Impulse aims to circumnavigate the globe. One of the problems, though, is that it must fly during the night, where there's no solar energy to be gathered. Solar Impulse solves this problem by gathering extra energy during the day, storing it in batteries, and using it slowly at night, while drifting down a little. The ramjet could do this, too, collecting excess hydrogen and storing it in tanks. The fuel would add extra mass, but it would enable the craft to go to new places along new routes.

My favorite idea for a reactionless drive is based on ZPE. That's Zero Point Energy. How does it work? The simple answer is that "empty space" is anything but empty, instead is a boiling cauldron of energy, with quantum uncertainty generating sets of particle-antiparticle combinations (with zero net energy) all the time. To use a loose metaphor, you can think of "real" particles as a thin icy film on top of a very, very deep ocean.

How do you harness this? One current way of doing so is by generating a pressure differential via the Casimir Effect. Two plates are placed so close together, that virtual particles with a certain wavelength cannot form inside, but freely form outside. This generates a pressure that pushes the two plates together. If a more advanced version of this can be vectorized, you don't even need to bother with getting reaction mass on board. 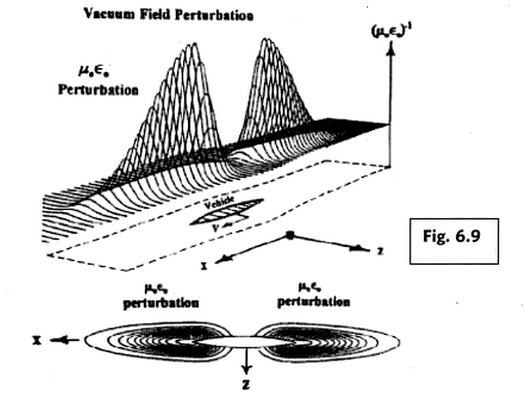 You could always have the ship go planet to planet, stripping the planet of whatever resources it has to continue operation. It would require relatively long stops to refuel, but then the ship could continue on its way for a long time. Also many star systems have multiple planets, meaning that within a relatively small region, there would be multiple opportunities to gather resources. Likely lacking the more efficient technology of the world it was launched from, this task would be difficult, and the ship wouldn't find itself with an abundance of energy.

Heinlein, iirc, had one of his generation ships use direct matter to energy conversion... of course, since they were off-course and long past their estimated trip time, the degenerate descendants were slowly stripping the ship (and their wastes and life-support) to feed the energy converters...

The ship could be powered by Dark Energy (which Wikipedia tells me is 68.3% of the universe). Theoretically, exists in great abundance everywhere, but there's no reason that your ship's collectors/generators need to be any more efficient than the plot demands. And, of course, there's no telling when the ship will find itself in a region of particularly low energy for some reason.

outer structure made of superconductive coils, a magnetic center spun to induce current. balanced freely in the middle and spun in a vacuum to avoid friction. It would also produce artificial gravity by spinning. Anyone who says the magnetic field would cause it STOP spinning on its own... Check out the dynaflux alternator: https://www.youtube.com/watch?v=HK3JOlY0V8Y&list=LLPZOJw60jGMI9oKNJQVQ6pg&index=6

A zero-point-module from an ancient's device. (Stargate anyone?)

A portable black hole ? Feeding it rips matter apart producing powerful x-rays. Magnetic containment may be a problem though! It worked for the Romulans.

Not the answer you're looking for? Browse other questions tagged science-based space-travel energy generation-ships .

16
Space, the final frontier … to defend
14
Renewable energy in space
5
How would a large Space battleship be powered?