Is it practical to wear less armor (but magical enhanced) and how it should be? [closed]

So a female polearm user wants to wear armor but she feels it's too tight for her because she needs to keep her mobility so she can dodge heavy destructive spells from mages. However she can already improve her strengh, durability and endurance with her own magic, so she wants a light armor made from a material similar to real world medieval plate armor that absorbs magic.IT's mostly to fight mages

I want to design her armor to make her look good but not like a stripper. I guess the breast will have almost no armor because those breast plates in most fantasy games are useless and would kill the character. I was thinking about Ruler from Fate

Is it a good inspiration for the armor? It covers most vital parts. 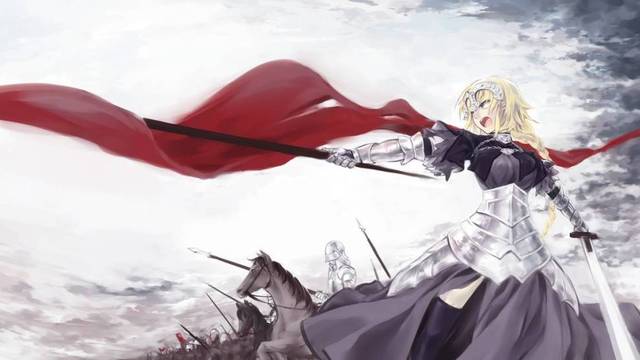 How about many, fifty-cent piece sized, octagonal plates, each very thin. Each is attached to adjacent pieces by 2 links. It is form fitting, mirror finished and covers her completely, head to toe. Each of the eye holes is an octagonal piece of smoked glass instead of plate armor.

Some pieces could be slightly larger and a different polyhedron, as dictated by flexibility needs.

ADDENDUM - this is something I invented for your lady mage! Its like has not been seen on this earth! Or at least I cannot find it with Google. But here is something similar with hexagons. Imagine this, but shiny, octagons, a pentagon here and there for fit, in a whole body covering unitard. If there are pads under the plates the rings will not dig into her skin. 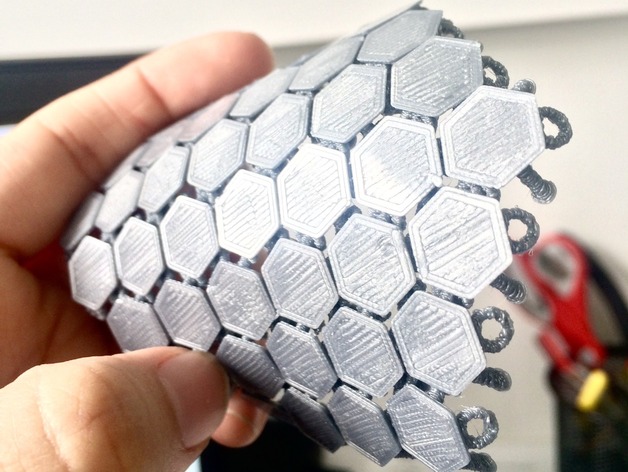 Simple answer: if you're going to wear less armor, use a shield.

Longer answer: In melee fighting, from my (limited) experience there are three places you want to cover:

The first two are places you don't want a sharp object to go, and the third is usually going to end up exposed and close to the enemy. Historically, when the money became available soldiers would get helmets, then some form of chest armor (maille/gambeson/cuirass).

But it sounds like that's not something you want to do. You want the chest exposed, and probably the face/hair too. So I think your best option is to use a shield.

Historically, there are accounts of people fighting naked. It's not usually a good idea, but it becomes a less suicidal option if you have a shield. Shields vary in size and shape; they can be as large as a man, or as small as a dinner plate. But even the smallest shields carry great defensive capabilities, especially to those who know how to use them. If you have good armor, you don't need a shield; but on the other hand, if you have a shield, you have less need for armor.

A buckler (the plate-sized kind of shield), when held at arm's length, can cover someone's chest and face. Used skillfully, it can cover the entire body (just not all at once). If your character wants to have freedom of movement, then I think removing all armor and going all-out for a light, maneuverable buckler might be her best option.

After the buckler, if you still want armor, I think the thigh armor makes sense. Covering the lower legs would be a good idea too, but the further you move from your body's core, the heavier the armor is going to feel, so I'll leave that up to you. But basically if you don't have to move the buckler to guard your legs, you can keep it up to guard your face. The same goes for armoring the non-shield arm, but it's less necessary because you can use the buckler there.

The only issue I see in your case is that it's hard to use a polearm one-handed. But like you said, this character can increase her strength, and you can probably design a buckler such that you can still use that hand to grasp the polearm.

Edit: Heck, why doesn't she magically enhance her body? Maybe start with the eyes, ribcage, jugular vein and carotid artery. And skin, of course. Layered defense!

Edit 2: In response to OP's comment:
Okay, so the exterior armor is apparently just for defense against curses, magic, and other things. I guess I didn't catch that. Also, it's implied that physical properties don't matter. So, you should prioritize covering as much surface area as possible, and mobility. Therefore, your magic armor definitely doesn't involve any metal, since it's heavy and restricts mobility. It's made of the lightest cloth available. Perhaps stereotypical (fictitious) ninja attire, definitely including long sleeves and gloves, since it's light and covers everything? A ski mask would work better for face/head armor, but that would also look dumb.

Not the answer you're looking for? Browse other questions tagged magic armors .

61
How would I limit the amount of magical bling a person could wear?
5
Magical Forest Extends Lifespan and Magic Talent But Fades
5
How can armor be made with medieval materials be capable of resisting magical fire and lightning?
5
How can I prevent magical armor from cooking it's wearer?
3
Human-leather Armor: Effective and Practical?
67
How much steel armor can you wear and still be able to swim?
45
How would armour (and combat) change if the fighter didn't need to actually wear it?
0
how well would a magical scale armor-strength cloak work as armor?
5
How to make shaped armor out of bone and resin? Any examples beyond The Elder Scrolls?
8
What would make Orcs wear less armor?