How to blow up an alien skyscraper? [closed]

In the story a group of people needs to bring down a huge alien skyscraper (I have intended it to be around two (2) miles high but I can modify this based on the answers). Note that the alien skyscraper is on Earth and that the people in question have military training (knowledge how to construct a bomb, how to operate bombs) but don't have nor access, nor time to acquire firepower in the range of nuclear weapons and such.

I also had in mind that they would combine many types of bombs to bring down the skyscraper like shockwave demolition bombs as well as thermite: as to ensure that the alien software in the said building (which contains important data collection for aliens) is completely destroyed. It doesn't have to be controlled demolition so the whole thing comes down pretty, it is actually better that it comes down in a chaotic manner, but fall down it must.

How would a stealth bomb squad place those bombs and thermite to ensure buildings destruction and how much explosives would be needed (given that an alien buildings are enhanced and hard to bring down) to achieve this goal?

I feel like those things are kind of tired. I propose miners.

There was an alternative to pounding down a wall with artillery fire: dig under and destroy from below. "Mines were preferred to breaching by guns, not only as being more effective against works of a provisional character, which were largely composed of earth, but as likely to be more successful in the formation of breaches even in works with masonry revetments; for the old masonry walls were exceedingly thick, and strongly consolidated, and the breaching of them, by artillery fire, difficult and expensive," so said 19th century military historian and Royal Engineer Lt. Colonel W. G. Ross who studied fortifications and sieges of the English Civil War.*

It is an old method of warfare - old enough that the defenders might not be expecting it. I say old but nothing would please me more than to have some savant link up some instances of this strategy as used in modern conflicts. It can be updated with new tech: specifically "Driller Mike" or some comparable tunnel boring machine.

Here is Driller Mike and its namesake Killer Mike. 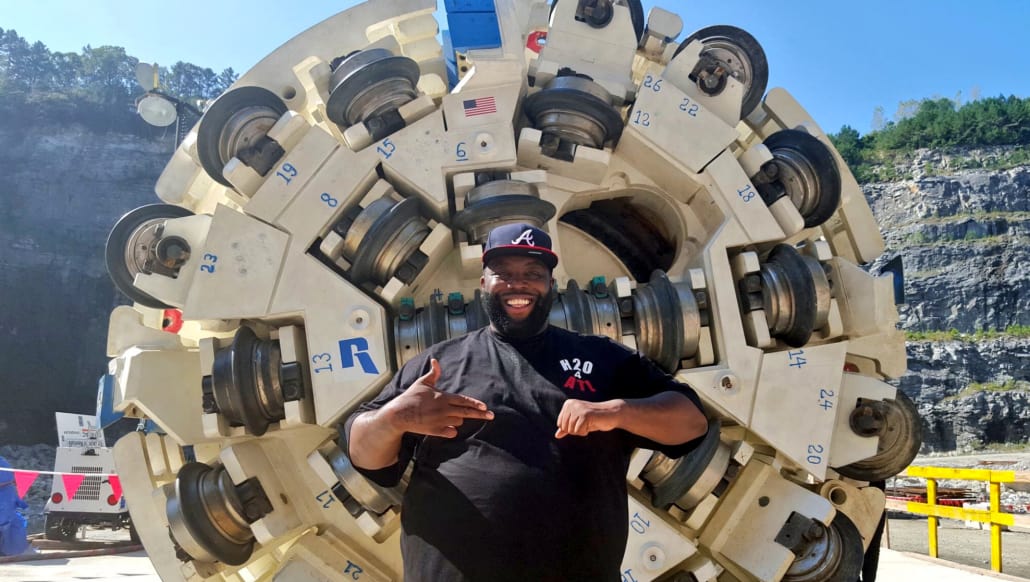 That is the plan: steal boring machine, dig deep under tower. I can envision the scene where they have the tunnel dug and are leaving the explosives. Maybe they try to save Driller Mike too.

Not the answer you're looking for? Browse other questions tagged science-based engineering megastructures explosions or ask your own question.

10
How much TNT do you need to blow up Mount Everest?
6
Can we actually “blow up” the sea?
23
Creatures that intentionally blow themselves up
4
Realistically calculating the movements of someone with super strength
13
How to blow up a star by accident?
19
Can I huff and puff and blow a pyramid down?
68
What (modern) weapons could be used to destroy skeletal enemies as completely as possible?
12
How would an energy-based “projectile” blow up a spaceship?