Cities of a civilization of sentients capable of natural flight?

We have a species, let's call them Aves Sapiens for now, which a winged creature that reaches an average height of 143 centimeters and can fly up to 300 km/h. (Assuming that the planet's gravity can support it). They have the intelligence of modern humans, along with similar social behavior, and their most advanced civilizations is similar to the Roman Empire at its height.

With all of this in consideration, what would be the most efficient way for them to design cities?

One thing flying civilizations have to deal with a lot more than us is building generated updraft. Going after some old memories and a single bbc article (I currently don't have the time to search more, didn't know about the corners) there are three big factors:

So I would expect rather wide streets, since you don't have a lot of foot-traffic-only paths anyway.
Prevalence for ramps over stairs, since again you are more concerned with cargo than foot traffic.
More circular housing blocks. maybe around a park/lake or up the sides of a hill.
Buildings where the floors are layered in wide terraces, which give room for easier start and landing.

Also you have to decide if there exist regular nonflying visitors, which would need extra accomodation

While it might be tempting to design birdhouse-like structures, consider that civilized creatures (i.e. not struggling for survival against elements and predators) will probably be lazy. And flying is a lot of work. And if they're anything like humans, there will be hoarders who want to move lots of heavy stuff into their homes. Also consider elderly and disabled, which isn't a thing in the wild because they die, but would be a real concern for a civilized species.

I would think that maybe the architecture would have birdhouse-like impressions to it, but that there would probably be ramps or pulley systems for goods, and likely walkways between levels. Also, keep in mind that building vertically will always be more expensive than building flat, because vertical structures require more design and stronger materials. Although, for these residents a story is probably only 6-7ft and it doesn't need to hold nearly as much weight. unless they like pottery.

To imagine a city of these people, I'd guess that the wealthier residents live in artfully designed multi-story houses with stone/earthen bases and wooden pole construction for 3-5 stories. Less wealthy residents probably have 2-3 story dwellings, and maybe the poorest residents are stuck making nests in the hills around the city, with the poor elderly and/or disabled ending up at the bottom of those hills, and young "street rats" ending up at the top of the hills.

The homes would probably have very small windows, or barred windows, since any large opening could essentially become a door for a burglar. Walled garden type things wouldn't probably exist since the wall would serve no purpose. All angles of the home would be visible, so if they had stuff they didn't want seen it would need to be inside or underground. All homes will likely have large sturdy roofs, to protect against falling objects (imagine the common occurrence of accidentally dropping goods or equipment from several hundred feet up, or those weekend parties when everyone is flying home drunk and can't be bothered to find public toilets) Lightweight creatures probably don't have endurance for too much digging, so basements are probably rare.

For moving the quantities of food needed for a city, boats are probably still the most efficient method, so a sizable city would probably still be along the water. That said, a creature that can move so much faster than a human might be able to fly out to nearby farms for meals, so they wouldn't be as reliant on supply chains like humans are. But, don't underestimate the space needed to grow enough food for the population of a city.

It is difficult to give an idea if You don't develop some infrastructure first.

In general I would think to something like a series of "apartments" with balconies for take off and landing. Something like this :)

Wealthy people would live in the upper floors where they can reach the skies without need to escalate the busy canyons between buildings.

Problem with this setup is Roman Empire technology required heavy tooling difficult to transport in flight.

In fact also Roman products (warfare and other things) tend to be heavy and unsuited for use by flying creatures (most likely obsessed with lightweight); something like the "eggshell ceramic" from ancient China would be better.

Did they invent the wheel? Do they have carriages? Who pulls them? animals? Are they plying oxpecker? If so then You need some ramps at least in the lower layers of the "urban cliffs".

In general You need to think a bit better this society which is bound to be much different from what we know and surely different from Roman Empire ;)

Here is some idea based on Doraemon: Nobita and the Winged Braves.

We have technology before industrial revolution. Bird want to live harmony with nature. They build house inside a tree.

How to get in and out depend on species habit. House could be multi-story (inside large tree) that they go in and go out from balcony, or mid-air door (like dove nest). Or door on the ground as our house if they are not so perfect at maneuver.

Transportation: They are flying, of course. With technology of pre-industrial, they could hardly craft anything faster than themselves. However, a glider may help them rest their wing on the long run, or carry good. For example, 3 birdy carry one glider full of good. If you want some fantasy/steampunk, you can add flying bicycle, a bicycle with one (or more) fan. But there are so much aerodynamics to explain. 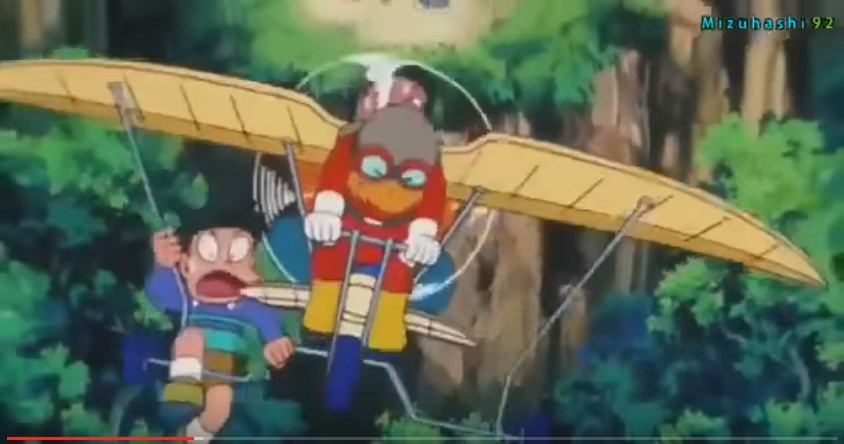 Mean of transportation also depend heavily on domestic animal they have.

Domestic animal Bird-men use domestic animal to do work for them, like human. If their are flying animal can carry heavy load, then birdman would you them. First, pack-bird (well, like our pack-horse). Then, they invent something to carry more load, like glider for big-bird.
However, if bird-men can only find domestic (horse, donkey, ...), then they should develop same technology human have to utilize those animal (pull cart ...)

Where do lots of flying critters live?

First, we should investigate where large colonies of flying creatures live right now, since those would probably be the sorts of places that your civilization would develop. 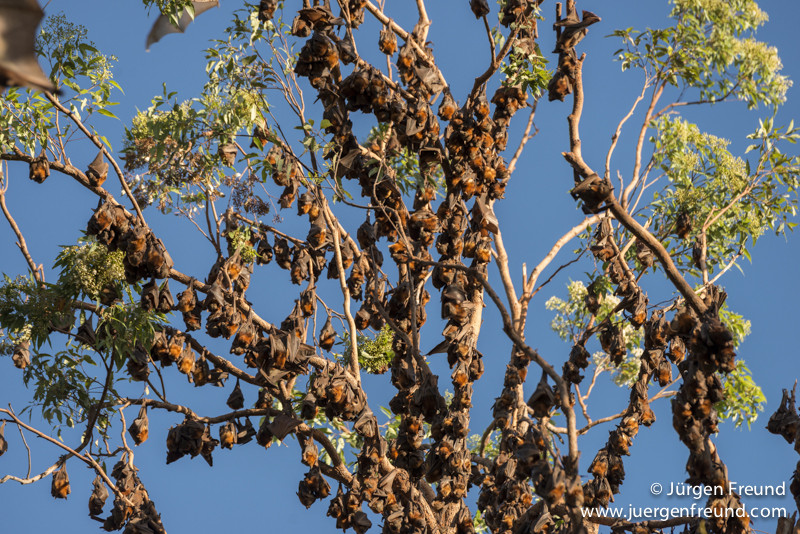 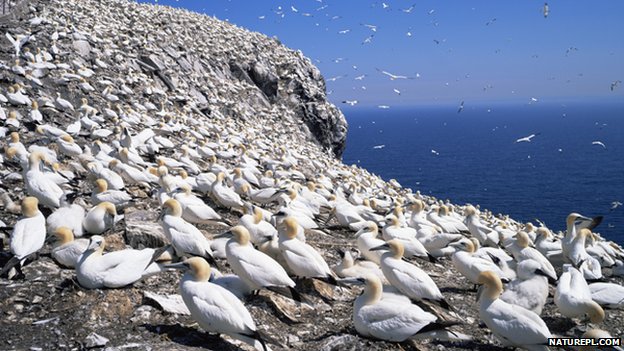 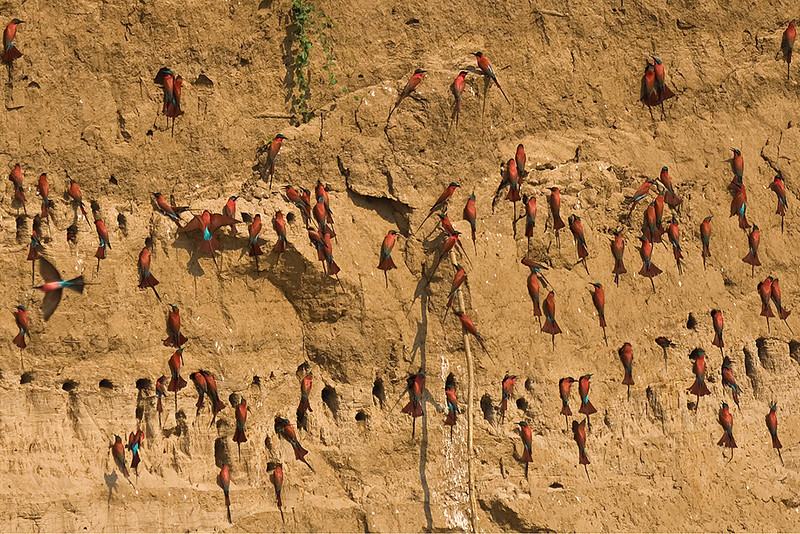 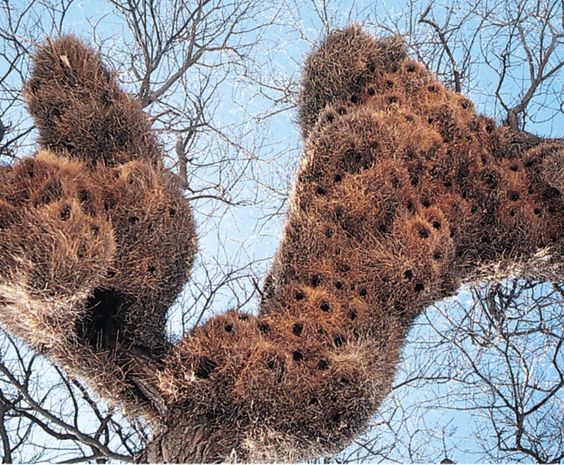 What features are in common?

-Nearby food source. The rookery and seabird cliff homes are near the open ocean and fish. The flying foxes are near seasonal fruit blooms. The cave bats and bee eaters eat bugs, while weaverbirds are generally seed eaters. What is your species going to eat? What is their strategy for farming/domesticating their food source? That is going to make a big difference.

Flying creatures will sure use all three dimensions. Houses with entrances in different directions. Trees and structures like trees. Houses as nodes/"nests" on those "trees". Many structures (furniture) will resemble trees.

Booths will look almost the same, only they will hang on trees instead of standing.

Market will be a set of concentric spheres, with holes in them, covered with goods.

Slaves will be much easier controlled - cut wings will be enough. They will be very useful, for they will carry heavy goods by ground.

Our cities on free place grow like snails - by spirals. That world picture depends on the fact of existence of supertrees. If they don't exist, cities will have really only 2 dimensions and the third will be used in a limited way. Among great trees cities could become really 3d.

Not the answer you're looking for? Browse other questions tagged aliens cities construction sapience or ask your own question.

11
Cities in the trees
110
Would intelligent life evolve any other body plan than humanoid?
14
Is the location of major cities deterministic?
5
Underground Cities Vs. Sewage
14
Writing system of blind, sea dwelling sentients?
4
Why would cities become layered without overpopulation?