In this world, there are a small percentage of humans with "special" abilities. The source of these abilities is alien genetic meddling for their own cryptic reasons (though the characters don't know it yet) so evolution is not a point there. The time frame (for technology levels) would be present day.

I'd like for one of these abilities to be the ability to quickly grow a sort of organic body armor (the need for that ability has a reason in-story), not necessary for all the body (for example, they could grow only vambraces or similar). The armor would grow/appear when needed (in combat situations, for example) and, once the danger has passed, the armor would either molt or be reabsorbed by the body.

What I'm more interested is in the composition of the armor itself. The armor should be puncture and bullet-proof, at least with regular weapons (armor-piercing weapons may exist but be expensive). It will be great if it could be some sort of anti-conductive or reflecting properties to give some protection against energy-based weapons (that the characters encounter later).

Initially, I was thinking in something made of keratin or keratin-like substance (chitin? spider silk?) that might work similarly to current-day bulletproof vests, so even if the armor blocks a bullet, the flesh within may get bruised. Then I thought about some kind of organic polymer with viscoelastic properties or something similar.

I know I'm getting more into X-Men territory, but is there any way something like that might be somewhat plausible? Or at least plausible enough for my readers to suspend belief and keep reading and not just roll their eyes and throw my story to the wastebasket. My story is more soft SF than hard SF, but I'd like some believability.

Please, take into account that I'm an historian, not a chemist or physicist. Thank you!

I am thinking about something like the desert frogs make: a coat of fast-drying mucus. 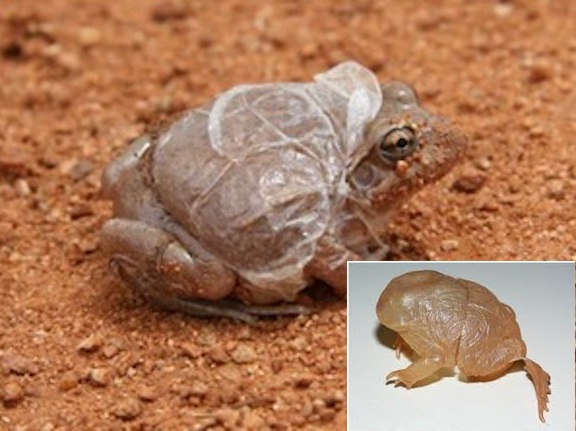 It should be secreted then expand like expanding foam. The end product would look like these guys I found in this video - covered with hard expanding foam. 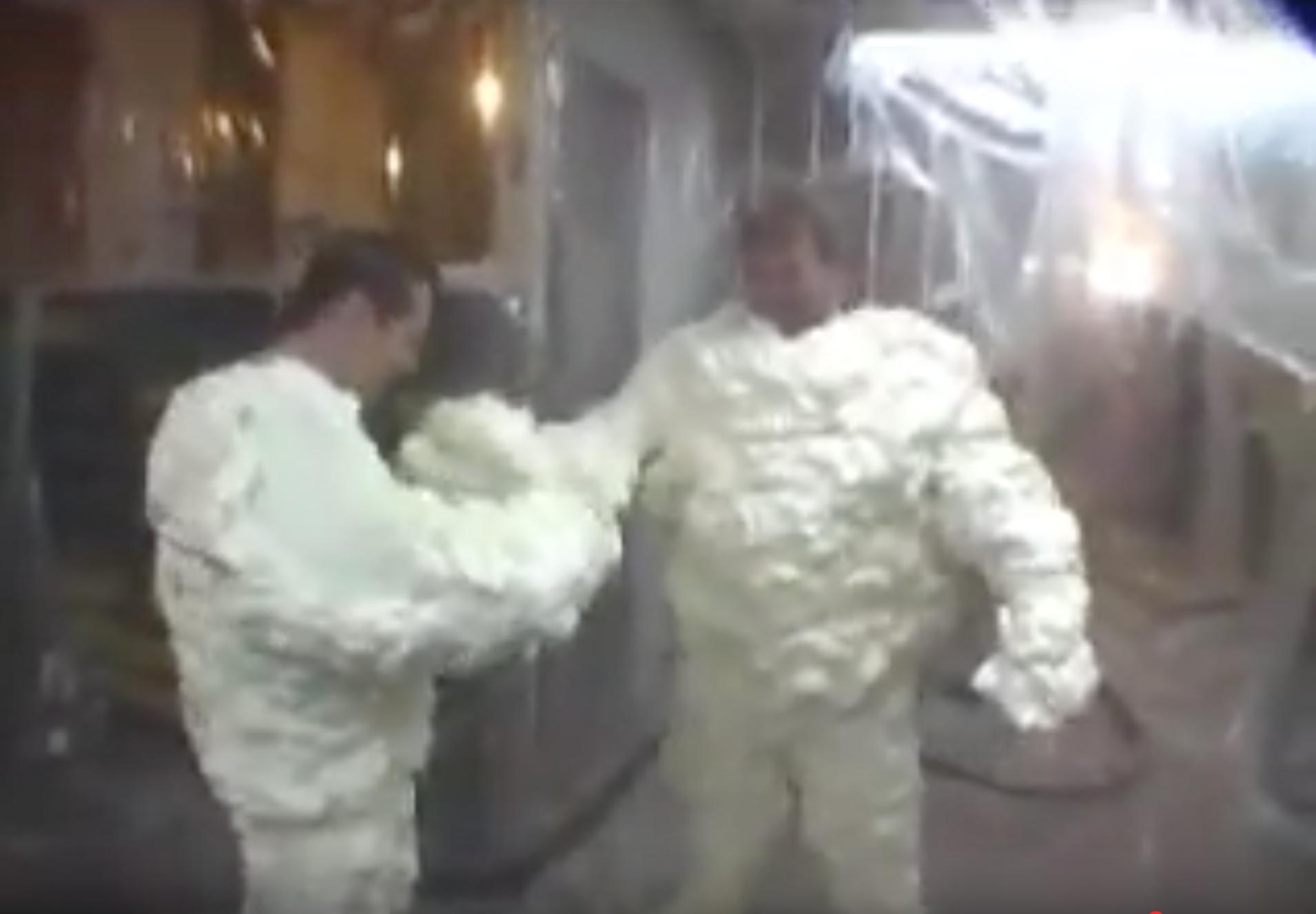 It is not crazy outrageous. Animals, humans included, are good at making mucus. It is possible to make a lot of mucus very quickly as most people have occasionally experienced. Mucus can harden to a shell-like consistency. If the mucus were hydrated partly with acetone (which is also made in the human body!) it would dry faster. Maybe the volatility of the acetone could confer the expanding property.

This would be a process of some minutes, not seconds. I could imagine the shedding process also to be glandular - maybe secreting some sort of grease or earwax-like substance under the shell?

The toads eat their mucus when they shed it. Waste not want not. You could have your mutant do that too, since he can't really get a whole lot grosser.

I think a spider-silk-like one would be interesting and easily explainable. Attempts to bio-engineer spider-silk is also something people would recognizance from contemporary articles and such. It also makes it easy to research, because you can just find analogues in real-life spider silk.

You could have bio-engineered glands spread out over the body to activate it quickly, and release it quickly with enzymes.

If it'd be a good plot point the enzymes could be used as a weapon against other people's bio-armor! Otherwise you could just explain that doesn't work because the enzymes breaks down "seams" in the armor, and therefore it only works from the inside.

4
What would the properties of materials made of limpet teeth be?
17
Weapons and armor from chitin
2
Applications of Limited Kinetic Energy Manipulation [Superpower]
10
Can biological material be magnetic?
16
If it could be shaped, would chitin from giant insects make decent body armor?
2
How can I expand the definition and some specifics of pyrokinesis?
4
Composite Organic Armor
6
Explaining Alien Monsters: Gargoyles
0
How Can a Creature With Rock Armor Also Have an Inflating Head?