Eric Schmidt famously declared that it should be considered "a bug" that cars were invented before computers. He was talking about the ability of self-driving cars to remove driver error--the principal cause of traffic accidents--from the equation, but what if it actually happened that way?

Assume a world similar to our own, with human civilization in which, for whatever reason (divergent technological evolution, a gift from benevolent(?) aliens, magic, or whatever) the transistor is mass-producible before the internal combustion engine is. What would the effects on society be?

The first things that come to mind, but may require a bit of sanity checking:

When cars do get invented, the idea of replacing a horse-drawn carriage with a computer-drawn carriage would be fairly obvious, incentivizing AI research with a very specific, practical goal that never happened in our world.

Transistors also have other applications, such as solar panels. Without a strong motor vehicle industry applying political pressure, does the petroleum-as-energy concept ever become dominant without well over a century of a head start as it had here?

EDIT: Please note, this is not a "how would this happen?" question, but a "if this did somehow for whatever reason happen, what would the effects be?" question.

A possible scenario is a world where internal combustion engines are mass producible before computers, but aren't used extensively because it's an energy-poor world. If they only had a fraction of our oil deposits, for example (say 10%?) that might be enough for civilization to develop, but at a much slower pace than ours. And cars wouldn't be used because they'd be hideously expensive to operate.

Now years after they've developed computers, they discover clean, relatively cheap nuclear power. So we have a scenario where computer technology is relatively mature but mass automated personal transportation has just become viable.

I would question why they'd want cars at that point though, since presumably they'd have to have efficient mass transportation to get that far.

It's tough to say without more information on the level of technology. Modern computers require ultra-high precision manufacturing processes, and on some deep knowledge of how materials work on nanometer scales. Lots of other advanced technology is required for producing the kind of computer that could drive a car, as well as extensive AI research.

Having all of this technology before the internal combustion engine would probably require alien intervention, since basic internal combustion engines are fairly simple and can run on wood. Having it all before developing a car would definitely require alien intervention, since the same technology that's used in a computer could be used to build an electric car.

Even having a computer does not necessarily mean having a computer that can be used to drive a car. Even today, our AI isn't capable of driving in traffic, and we've been researching machine intelligence for close to 70 years at this point. Being able to drive a car with computers is also reliant on having fairly advanced sensors for measuring the environment that the car is driving in. At the very least, advanced digital cameras would be needed. The effect on our society would depend on what all we had of the technology and understanding required for mass producing computers, and on why we got all of that before developing a car.

At the dawn of the automobile era, the future was not very clear. There were many steam powered vehicles and electric vehicles on the road. Many people of the time thought the internal combustion engine was crude and inferior to other types of engines. The early engines were loud, inefficient, difficult to maintain, unreliable, etc.

The thing that drove the evolution of the internal combustion engine was the discovery of cheap and plentiful oil. A handful of people became very rich, and gained influence and power. They used their resources to build and oil based infrastructure such as gas/service stations. This was galvanized when Henry Ford used an internal combustion engine in his Model-T. Previously, automobiles were primarily hand-built and would cost a small fortune to purchase. The average family could not afford it. Also, at that time buying things on credit was relatively unheard of. Most people preferred to make purchases in cash. In many cases the credit option was not available. The Model-T was inexpensive, and changes in banking practices allowed people to purchase them using credit.

If, instead, all of those oil wells ended up being dry, and there wasn't plentiful oil, then the evolution of the automobile would be completely different.

More people would live in cities. The use of the automobile made it possible to commute to jobs in cities without having to live there. This is what led to suburban sprawl. Many of the suburban areas that we have would not exist in this world, and it would most likely be wild or farmland.

There would be some people that owned automobiles, but it wouldn't be the norm. Public/mass transportation would be so good, that there would be very little need to own one. Since the transistor and the computer age came sooner, it would be logical that many more people would be able to telecommute to work, and there would be fewer people who would need to travel to perform their job.

Below is the early history of computers. Since you did not give a specific year, you only need to change the dates earlier by several decades.

Kindly also note that the most notable changes will be transistor technology during world war 1 and WW2. Communications, codes, early robotics, simulations on design will have profound effects on these wars.

So if you want transistors before 1879, WW1 and WW2 will be very very different, and this will be just the tip of the iceberg. You would also need to make the electronics era a few decades early. 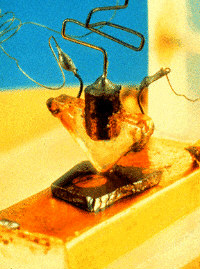 At MIT, Jay Forrester installed magnetic core memory on the Whirlwind computer. Core memory made computers more reliable, faster, and easier to make. Such a system of storage remained popular until the development of semiconductors in the 1970s. 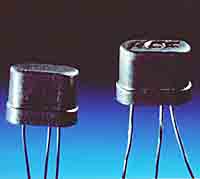 A silicon-based junction transistor, perfected by Gordon Teal of Texas Instruments Inc., brought the price of this component down to $2.50. A Texas Instruments news release from May 10, 1954, read, "Electronic "brains" approaching the human brain in scope and reliability came much closer to reality today with the announcement by Texas Instruments Incorporated of the first commercial production of silicon transistors kernel-sized substitutes for vacuum tubes."

The company became a household name when the first transistor radio incorporated Teal´s invention. The radio, sold by Regency Electronics for $50, launched the world into a global village of instant news and pop music. 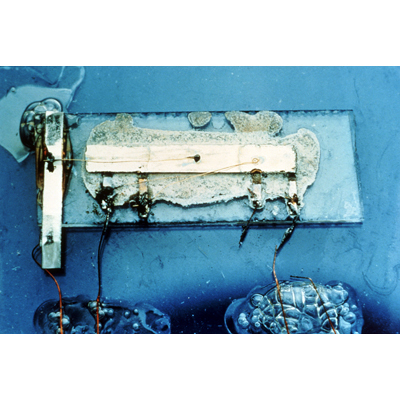 Jack Kilby created the first integrated circuit at Texas Instruments to prove that resistors and capacitors could exist on the same piece of semiconductor material. His circuit consisted of a sliver of germanium with five components linked by wires.

Jean Hoerni's Planar process, invented at Fairchild Camera and Instrument Corp., protects transistor junctions with a layer of oxide. This improves reliability and, by allowing printing of conducting channels directly on the silicon surface, enabled Robert Noyce's invention of the monolithic integrated circuit. 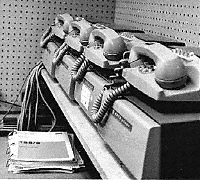 Online transaction processing made its debut in IBM´s SABRE reservation system, set up for American Airlines. 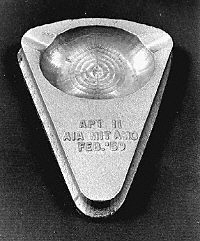 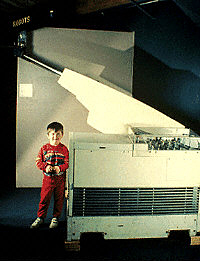 A Stanford team led by Ed Feigenbaum created DENDRAL, the first expert system, or program designed to execute the accumulated expertise of specialists. DENDRAL applied a battery of "if-then" rules in chemistry and physics to identify the molecular structure of organic compounds.

So picture a world where you have these innovations available by WW2.

Hmm... how about a way to keep the horse? Have the horse's strength and stanima amplified by fuel-burning engines, but still deciding where to go and not to run into things. The breed of pilot horse would become a small pony, in time.

So why are horses better drivers then people? Other than the lower speed involved, for purposes of the story they may be bread to handle high speed with great vigelence, in step with the engine technology.

Given a wheeled wagon, inventing a car is straightforward provided even basic industrial level.

Car may be based not only on combustion engine, but also on steam power, electricity or anything else. Once a civilization discovers energetics, not to say electrical motor, building a car is straightforward.

If there are sources to power electrical computers, then means to make a wagon to more are very obvious.

Not the answer you're looking for? Browse other questions tagged society alternate-history scientific-development or ask your own question.

13
Effect of Self-Driving Cars on American Teens?
4
What would have happened if Guiseppe Garibaldi had died before he could begin unifying Italy?
22
The cost of switching to electric cars?
54
Most useful knowledge from the 30's to understand current state of computers & networking?
14
Moving the US capital to the Midwest before 1900?
12
The internet without computers - 1940s era