In my story to protect his treasure room, the king of a 12th century kingdom has heavily invested in his alchemists, who managed to create silica aerogel in blocks and made them insoluble in water (how they did is not in scope for this question, let's assume it happened and he secured the alchemists would keep the secret forever). 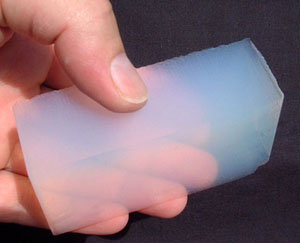 The volume is at the end of a cave and the entire access wall is uncovered. There are no other features in the maze to stop intruders, except the maze itself.

For the people knowing the path to follow (n steps straight, climb in the passage 1 meter above the ground, etc...) there is no problem in going from the entrance to the exit, for anybody else trying to figure out his path in the maze there are the following risks:

Does the silica aerogel actually provide better functionality to the maze with respect to stone bricks, or am I neglecting some aspect?

As a maze, it's still subject to maze solving algorithms such as wall following, the pledge algorithm, Trémaux's algorithm, and such. Depending on certain features of the maze, you can even still use the simplistic wall following algorithm on it even if it's a 3D maze. It's just a necessary nature of mazes. And based off your limitations, an intruder can still cover exposed parts of their body for touch to aid in their utilization of their chosen algorithm. This reduces the issue of the translucent property of the aerogel throwing them off.

All that really matters is that they satisfy the requirements of the algorithm, and they don't need their eyes for that. They just need to path out the maze.

Secondly, it's also very brittle. Aerogel tends to break easily. Its strength comes from uniform distribution of force across its area. And while you are relying on dehydration of the intruder, your maze is very small. 20 meters is only 65 feet.

Using this floor plan as a size reference, it's easy to imagine someone who's fully hydrated able to smash their way through the maze before they succumb to dehydration or fatigue. Aerogel is also very light, so the destruction of the maze will in no way impact the health of the intruder.

The benefits of Aerogel have become your downfall here. 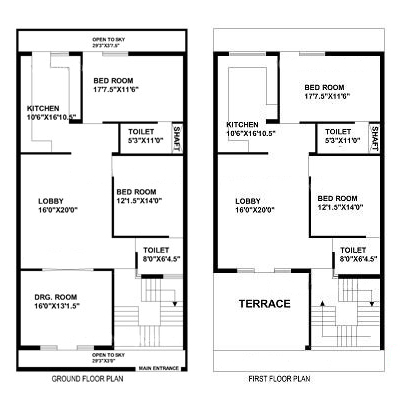 Aerogels are light, stiff, good insulators, a great modern material. They're just not very strong in the traditional sense of the word. With the help of an axe I could quite happily take a straight line through your maze, a problem that stone doesn't have.

Compared to stone brick, aerogels might be one of the worst choices of material for protection. Some peers of mine made titanium oxide aerogel last year. (It was to test a potential method of radiation protection on NASA's Orion capsule, but that's another story) They quickly encountered one problem - aerogels (of all types) are extremely fragile, to the point that any potential assailant confronted with your maze could simply punch their way through. In their case, it shattered in its bubble-wrapped vial simply due to its being transported in a car. Even if nobody with malicious intent attempted to break through, climbing over it in a 3D maze has a high probability of shattering large sections of it by accident. On the upside, it would look pretty cool while it lasted.

Note: I didn't notice the second answer until I finished this one.

Not the answer you're looking for? Browse other questions tagged reality-check materials dungeons or ask your own question.

7
How big does a 2D maze need to be to take two centuries to fully map it?

7
Can We Build an always changing maze?
11
Maze of Horrors
7
How big does a 2D maze need to be to take two centuries to fully map it?
2
Is it feasible for a Dune-style sand worm to have silica scales?
36
Can we build a roguelike maze?