While researching about different possible space-drives for my sci-fi universe I came across a Warp Drive theory that makes use of Dark Energy and Dark Matter. At first I believed them to be similar to Alcubierre Warp Drives however, I found that dark matter, dark energy, and negative energy (exotic energy) are very different things. I tried to research it but, most everything I found did not specify how the engine would theoretically work. So my question is:

How would a dark matter or dark energy warp drive theoretically work as compared to the Alcubierre Warp Drive?

In the 2013 film Space Pirate Captain Harlock, the protagonist's ship runs on "dark matter". It is never explained in any technical way since it is supposed to be a spooky alien technology (side effects include bringing people back from the dead). Compare to a Phantom Drive or a portal powered by a graveyard.

In astrophysics, dark matter is a placeholder for something we don't understand. Our galaxy (for instance) moves in a way that suggests it weighs more than it should, based on what we can detect. That discrepancy could be solved if there is more there there, hence "dark" or "unknown" matter. In another era it might have been called "X matter". 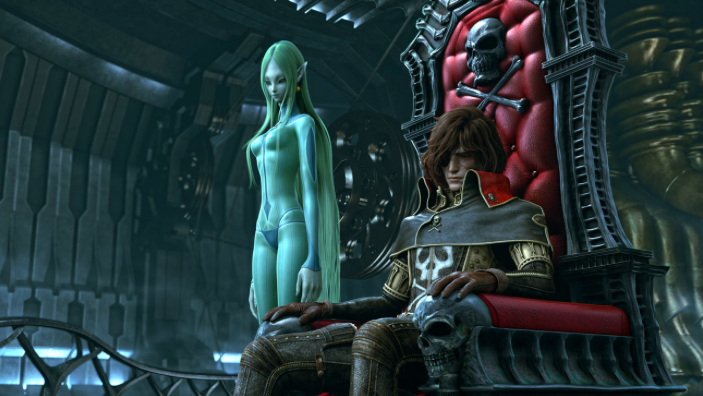 6
Can this version of the Alderson Drive be used to violate causality?
8
Using an Alcubierre warp drive strictly for sub light travel
2
What would be the positive and negative traits of a total matter to energy conversion drive?
10
Engaging your warp drive while underwater
2
Warp drives without exotic matter?
8
When I turn on my warp drive, where does the energy go?
20
How would a physicist explain this starship engine?
8
Do Alcubierre Drives Mandate Time Travel, or Just Allow it?
2
What kind of faster-than-light travel is this and is it at least plausible?