Gorilla + Orangutan = The Best of Both Worlds 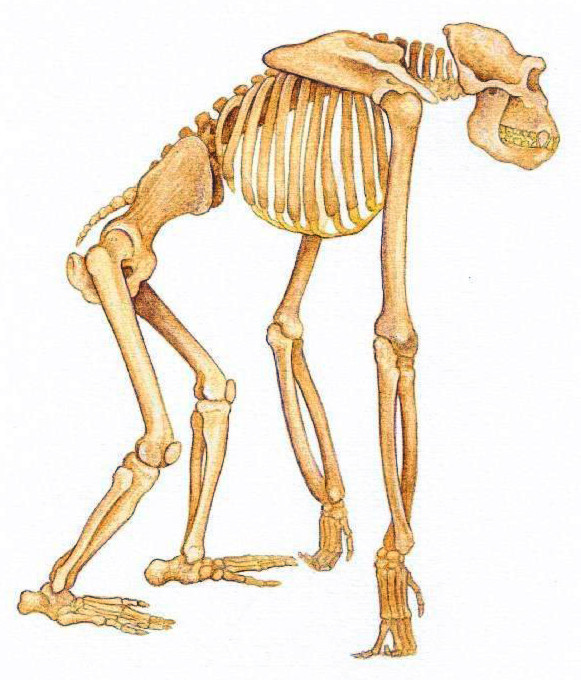 This is the gorilla's skeleton. 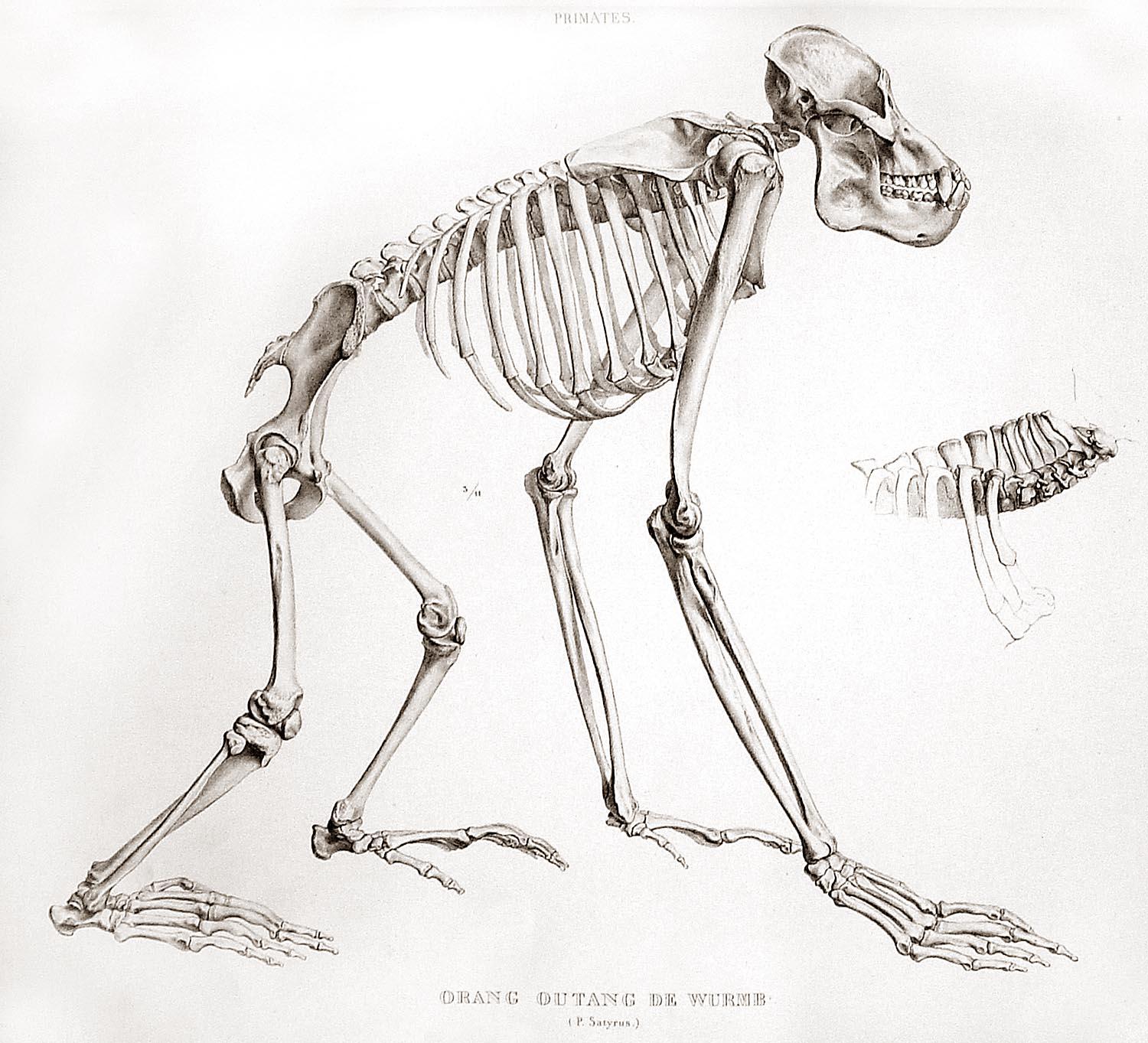 And this is the orangutan's.

But in an alternate Earth, the lord of the jungles is the best of both worlds--an ape that is both grounded like the gorilla and arboreal like the orangutan. Which raises the question--which part of the body should gorilla inspire, and which should orangutan inspire? Specifically...

Using the features listed above, which ape should inspire which feature to create a genus capable of walking the forest floor and swinging the trees with equal ease?

Based on no real world knowledge at all, I would think your king of the Apes would fall somewhat closer to the Orangutan.

Here is why: The Gorilla skeleton shows that is built to support a huge amount of muscle mass. That means the skeleton is heavier, the muscles are heavier, everything is heavier. This is a huge problem once he gets into the trees. The longer armspan helps in the trees, but if a branch won't support the weight....

What I am envisioning is basically an oversized Orang with a heavier skull. His weight would be at around 200, maybe 225 lbs. Much more and he would be too heavy for the trees. I would think the weight increase would allow you to get a 7 foot armspan. everything else would be proportionaly larger.

The Structure of the hands and feet should remain more Orangutan like because theose shapes are better suited for tree dwelling/ Ground dwelling enhancements could be handled by extra tissue around the hands and feet.

Not the answer you're looking for? Browse other questions tagged biology anatomy adaptability skeletons mammals .

6
Snake with a head on both ends
6
Could a medium sized mammal in the order carnivora evolve to be bipedal?
31
What is the best way for a skeleton to impersonate human without using magic?
6
Could a creature use both infrasound and ultrasound?
2
How Would the Multituberculates Survive Longer Than in Our Timeline?
5
The Serina Series: Episode I: Cats
3
Would a Longer PETM Save the Creodonts and the Mesonychians?
6
How can a primate-like shoulder structure enable proficiency in BOTH climbing and throwing?
9
Where would the best cuts of meat be on a giant insect?
0
Determining a Whackagi's Strength