Could a habitable tidally locked planet have a day and night cycle caused by the eccentricity of its orbit?

I'm trying to think of ways that a habitable tidally locked planet could have something that resembles a day/night cycle. Shadows caused by any moons being out of the question.

So let's say the planet orbits the star in 24 hours and has a 24 hour long year. At one point the planet is so close to the star that the sun is bright in the sky and the star facing side experiences a beautiful day. Then, as the "year" reaches its close, the planet orbits farther and farther away until the sun is so dim there is a universal night.

Is an orbit like this feasible? I want the planet to still be habitable. Could a planet ever orbit this quickly, even if the star is small? Is there a way this could occur without causing any deadly temperature extremes? Frankly, is this a realistic possibility?

If you have too much eccentricity, the planet can't always face its sun from the same side. If this was the case, while away from its sun the planet will spend much more time facing one direction, and then fall down to the perigee at great speed, thus rotating faster to keep the sun in view. That's not going to happen.

The big question is : where is your zone of habitability ? The easiest and most probable is on the "twilight ring". If so, see answers to Planet Tidally-Locked to its star having eclipse day/night cycles?

If your planet is habitable everywhere (still quite possible with a good enought weather system), then by definition a tidally-locked planet will have a hard time getting day/night cycles... Unless...

Remember the problem with eccentricity ?

If you have too much eccentricity, the planet can't always face its sun from the same side. (quoting from the same answer, check)

Then you'd have a "day equals year" planet, not quite tidally locked in the usual sense, but with a wiggle proportionnal to its eccentricity. See the Moon libration as an exemple, but with greater wiggling.

Libration in longitude results from the eccentricity of the Moon's orbit around Earth; the Moon's rotation sometimes leads and sometimes lags its orbital position.

Some quarter (more or less, given the eccentricity) of the planet will always be day (with the sun still varying in height), the opposite quarter always night, and the others will have that day/night cycle.

Sadly, I have no simulation to offer you right now, but I guess it could be an interesting day/night pattern, adding the fact that for some longitudes the day will be that of a dim sum (at the apogee), while for others the day will se the sun at its closest (at the perigee).

I will let others weigh in on how a hugely elliptical orbit might affect temperatures on your tidally locked planet.

Here are ideas about how to have a more normal orbit, and produce night by dimming the light of the star during part of the 24 hour orbit.

Stuff in the way. 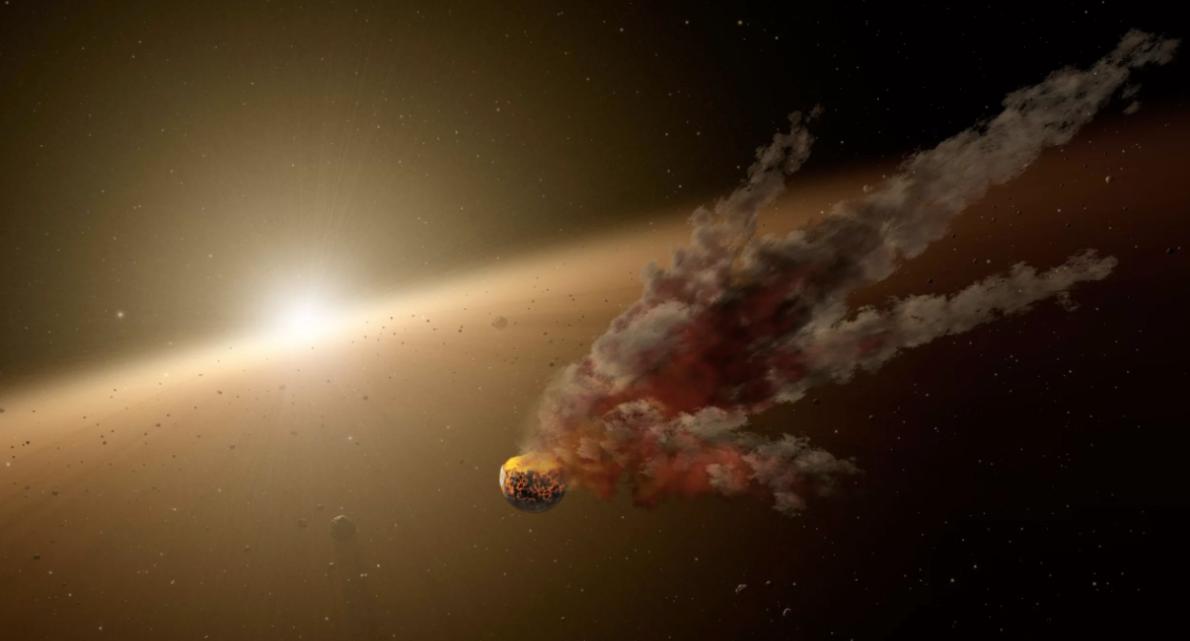 This Boyajian's star is in the news from time to time because it flickers. Probably something is between us and it, and that something blocks the light. The image above is a more plausible theory: a cloud of stuff from a planet that blew up. This one looks like a planet that got hit by something. But you could have an alien solar harvester in the way; this is the "alien megastructure" hypothesis.

One active red giant star, HD 12545, has a HUGE starspot. The single spot covers 11% of the entire surface area of the giant star, which has a radius 11.4 times the size of our Sun. This gigantic elliptical spot covers an area 10,000 times bigger than the largest sunspots observed on the Sun. 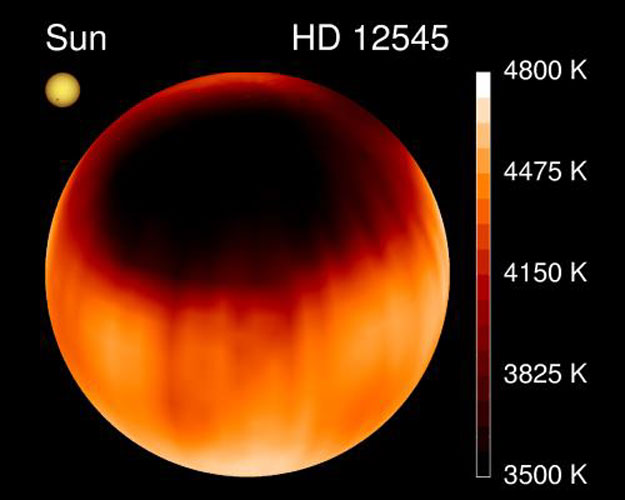 from https://apod.nasa.gov/apod/ap031102.html I am blown away that this is not an artists rendition but an actual image from a telescope!

If the sun itself were darker on one side, that could produce "night" as the planet traversed that side. The big spot on this star looks big enough to do the job. If they can be that big then they can be bigger; make half the star a dark spot.

Tidal locking tends to circularize orbits. It is possible for tidally-locked objects to have somewhat eccentric orbits, but not forever unless other factors intervene. I guess our Moon (eccentricity: 0.0549) has not had its orbit circularized yet because 1) it's very large, 2) it's comparatively far from Earth, 3) Earth is not so large. Io, the innermost of Jupiter's Galilean moons, is tidally locked with an eccentricity of 0.0041, which doesn't go to zero because Io is in a double resonance with two outer moons which keep pulling on it. That kind of eccentricity is useless for your purposes.

Maybe you could consider a spin-orbit resonance different from 1:1? Mercury is tidally locked with the Sun in a 3:2 resonance. It rotates three times every two orbits, and it has a very eccentric orbit (0.206). It's 50% farther from the Sun at aphelion than at perihelion. That's a lot less energy from the Sun.

A neat idea, however an eccentric orbit can't be tidally locked.

If you consider what it means to be tidally locked:

Tidal locking (or captured rotation) is when one side of an astronomical body always faces another. It is also called synchronous rotation.

So we want a planet which always faces the star, to do this we need our planet to rotate at the same rate it moves around the star. Consider the image below: 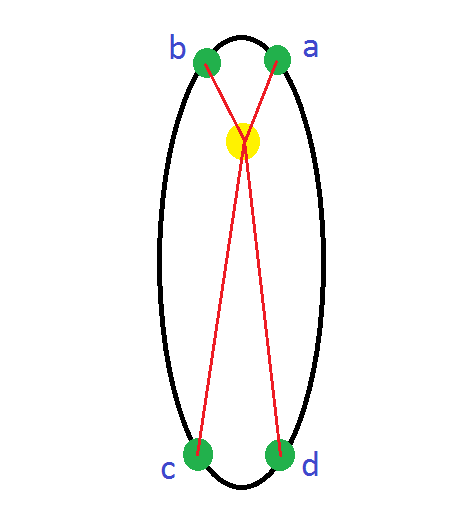 Between points a and b our planet will move more quickly than between points c and d despite covering the same angular distance. (This can be seen in an animation from the wiki page). So the planet would need to vary its rate of rotation to speed up from a to b and rotate slower between c and d. Unfortunately there are no reasonable mechanisms to effect the rate of rotation in this way.

Not the answer you're looking for? Browse other questions tagged planets astronomy orbital-mechanics stars day-night .

7
Planet Tidally-Locked to its star having eclipse day/night cycles?

7
How could a planet have a 40 hour day cycle with its nights only lasting 3 hours?
10
How would this tidally locked planet be affected by its moon and would the moon have a deaccelerated orbit?
17
How would a torus world (donut shaped) have to rotate in order to have a stable day / night cycle in all of its regions?
7
Planet Tidally-Locked to its star having eclipse day/night cycles?
4
How does the day/night cycle work on a non-tidally locked moon?
7
Realistic ways a Planet or Large Moon could have Variable Day/Night periods
4
How could a planet with a long day-night cycle naturally regulate its temperatures to allow life?
0
In this binary, how far would the secondary planet orbit the primary planet and still have its own day-night spin?
4
Day/night cycle and tracking celestial positions in S-type binary star system