Can an infantry line ready hidden pikes during a cavalry charge fast enough to catch them during the charge? [closed]

To elaborate on the question:

It's likely that the pikes will be hidden with grass/foliage or by the army's ranks (assuming multiple rows of pikemen).

Would the pikemen be able to properly brace themselves quickly enough to break the cavalry charge?

To more specifically address the question: "Would the pikemen be able to properly brace themselves quickly enough to break the cavalry charge?"

The answer is Yes. A good pike will have a stubby metal spike on the back end in addition to the pointy blade on the knight-kabob end. Once the pike is inclined at the proper angle, which takes no more effort than picking it up, it pretty much works itself.

Anything that impales itself on the pike will drive its force directly down the length of the pike pushing the back-spike into the ground. All the pikeman has to do at this point is wear gloves to avoid splinters.

I think this was done in the past: the pikes would be kept on the ground, possibly covered, and when the order was given the infantry would, either by pulling a string or using their hand, lift them up pivoting on the back end.

Since the back end of the pike was still engaged on the ground and the hit force would simply push it further in depth, it was easier for the infantry to withstand the impact against the cavalry. 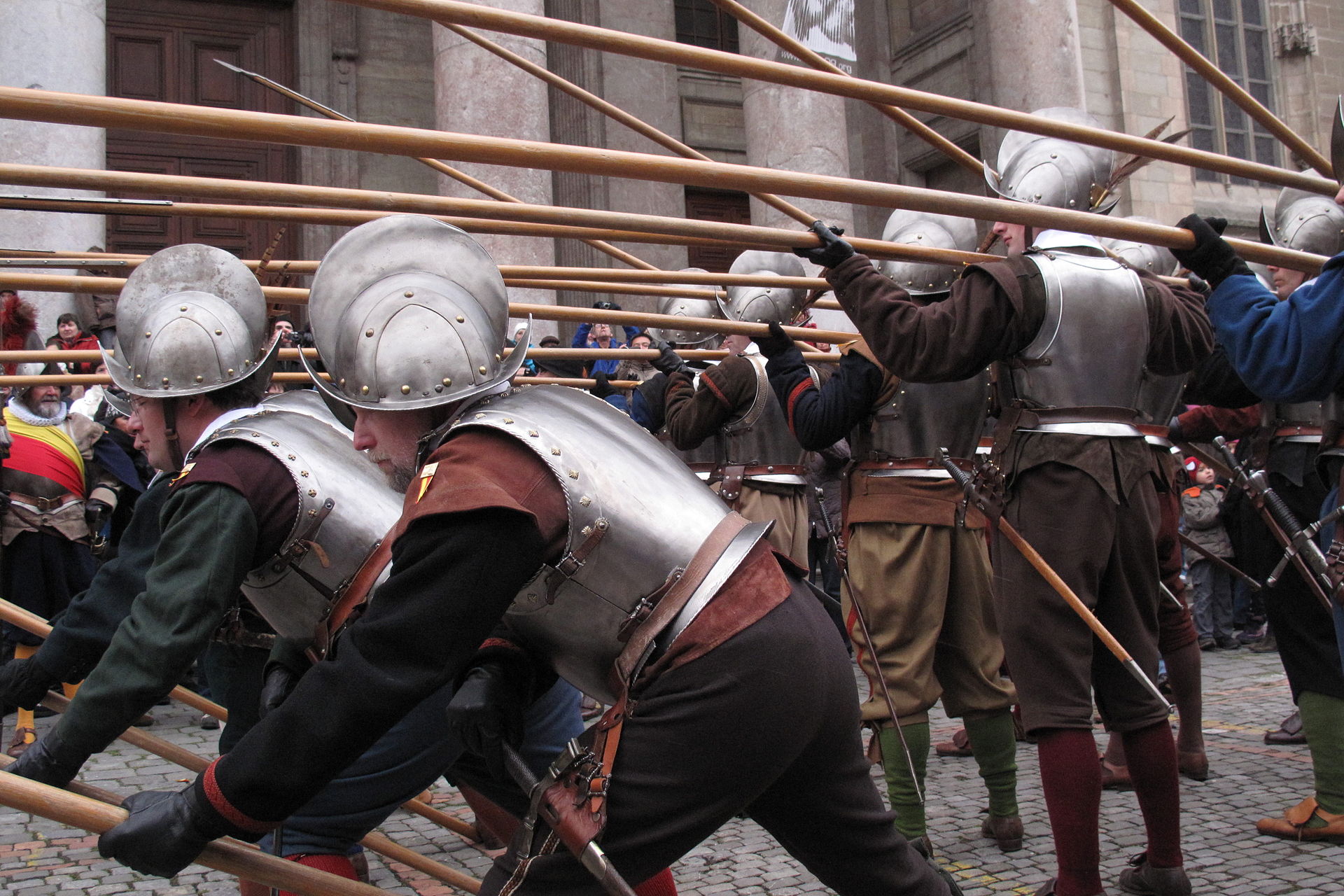 Not the answer you're looking for? Browse other questions tagged warfare tactics or ask your own question.

52
Would charging unicorns survive the impact with a line of infantry?
8
Last line of defense - how can I improve the concept?
11
How can infantry and light cavalry defeat heavy cavalry in a valley?
19
Stopping a cavalry charge by destroying the ground in front of it?
17
Could you strap shotguns to the back of a centaur to be fired during a charge?