Previously, I asked several questions about living in a massive banyan tree whose branches were about 600 feet up. Though I can't find the comments, I was informed that there would be very high winds at that elevation which would make life very difficult, if not impossible.

So I've redesigned my banyan trees. I want to make sure they can still live and grow properly, and will not be crushed under their own weight. Here's the scenario:

In my fantasy novel, elves live on large plants similar to banyan trees. These trees live in a massive swamp with nearly constant fog. The branches stretch out across the ground, averaging about 20-50 feet above the ground. These branches are supported by regular aerial roots. The branches average ~10 feet in diameter.

Is this scenario realistic? 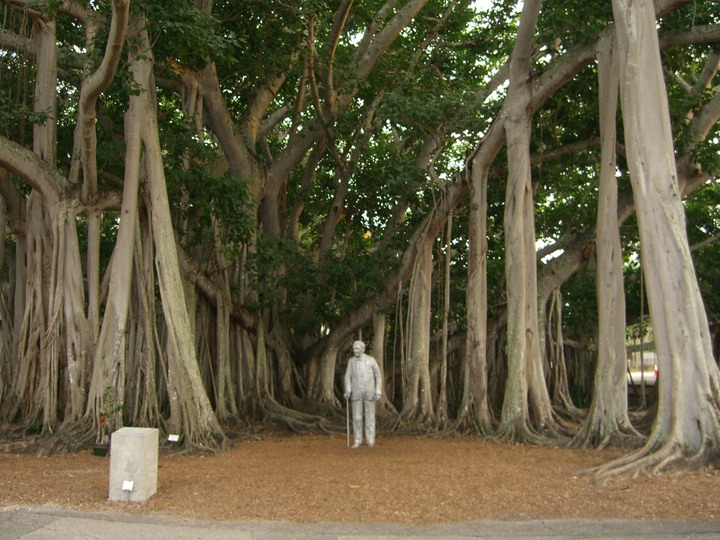 It turns out it is actually Thomas Edison who lives beneath the trees as seen here.

What you describe is very close to what banyans actually are like.

As regard fog / low light you could have your trees pigmented like shade-adapted rainforest plants. Coleus is cool looking because of the vivid reds. 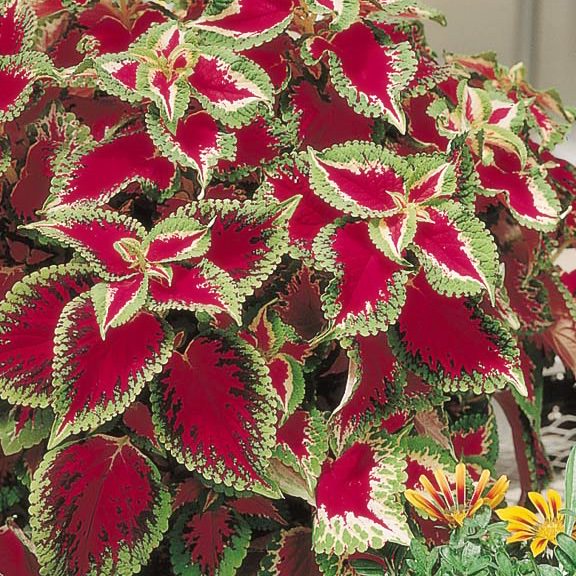 I had always thought that the reds helped do photosynthesis in low light. On doing the back reading it turns out that in the deep shade the reds fade. They are protective against strong light. So the tops of your trees could be red or purple to defend against the sun occasionally coming out, with leaves lower down being regular green.

7
What would happen if a large area had permanent cloud cover?

9
How would plant control powers/magic work?
10
Interlocking, ultra-high forest, is it possible?
13
Hair based architecture
2
How can I get a giant banyan tree with mangrove roots?
7
Circular tree: possible?
6
How can I achieve 1.5 mile (or even 300 foot) wide tree branches?
4
Giving Tolkien Architecture a Reality Check: Lothlorien
6
Hanging World - Trees
4
How would using trees as sarcophagi affect the forest?
3
Would tall arboreal humanoids make good swimmers?