Update - How long does it take to build a Dallas-sized city? [duplicate]

What if a couple of architects, young, were able to draw up plans for a city the size of, say, Dallas TX (metroplex and surrounding vicinity). They are given full support and funding (they're pretty rich themselves) and they oversee the unceasing raising of dozens of mid-sized skyscrapers and surrounding neighborhoods. How long, realistically, would it take for them to build the city and actually see it prosper? Would they be pretty old by the time the city becomes an actual city? 20 years? 50 years?

Basically, if building a city were a designated "project", and not just something that naturally develops over time with increasing population.

Alternatively, how long would it take for them to "gentrify" an existing city, the same size, and modernize it, knock down old buildings and build new ones, etc...?

construction architecture
share | improve this question | |
edited May 4 '17 at 8:48

What sort of city?

You ask specifically about Dallas, Texas. This is interesting, because Dallas, along with most American cities, is unique compared to world cities due to its level of sprawl. Dallas in particular is really rivaled only by Atlanta among American cities due to its sprawl. So it is an interesting city to try to build, since no other city requires you to build outwards so far.

There is little data available on building a city outwards. No US city with a population over a million has been founded recently (Oklahoma City is probably the most recent, in 1890) so it is hard to tell how long it takes to expand a cities footprint so large.

But you are only asking about a downtown. Dallas’ downtown isn’t very big. If you count the 100 km$^2$ that I talked about before, my calculations land 223,000 people and 299,000 jobs; good enough for 20th out of the US cities. A city that large is pretty easy to build. I will give you answer the benefit of the doubt and assume you wanted something a little more built up. Boston’s densest 100 km$^2$ has about 676,000 people and 697,000 jobs, good for 3rd in the US, after Chicago and New York. Lets see how long it takes to build a city that big.

Here is a picture of Dubai: 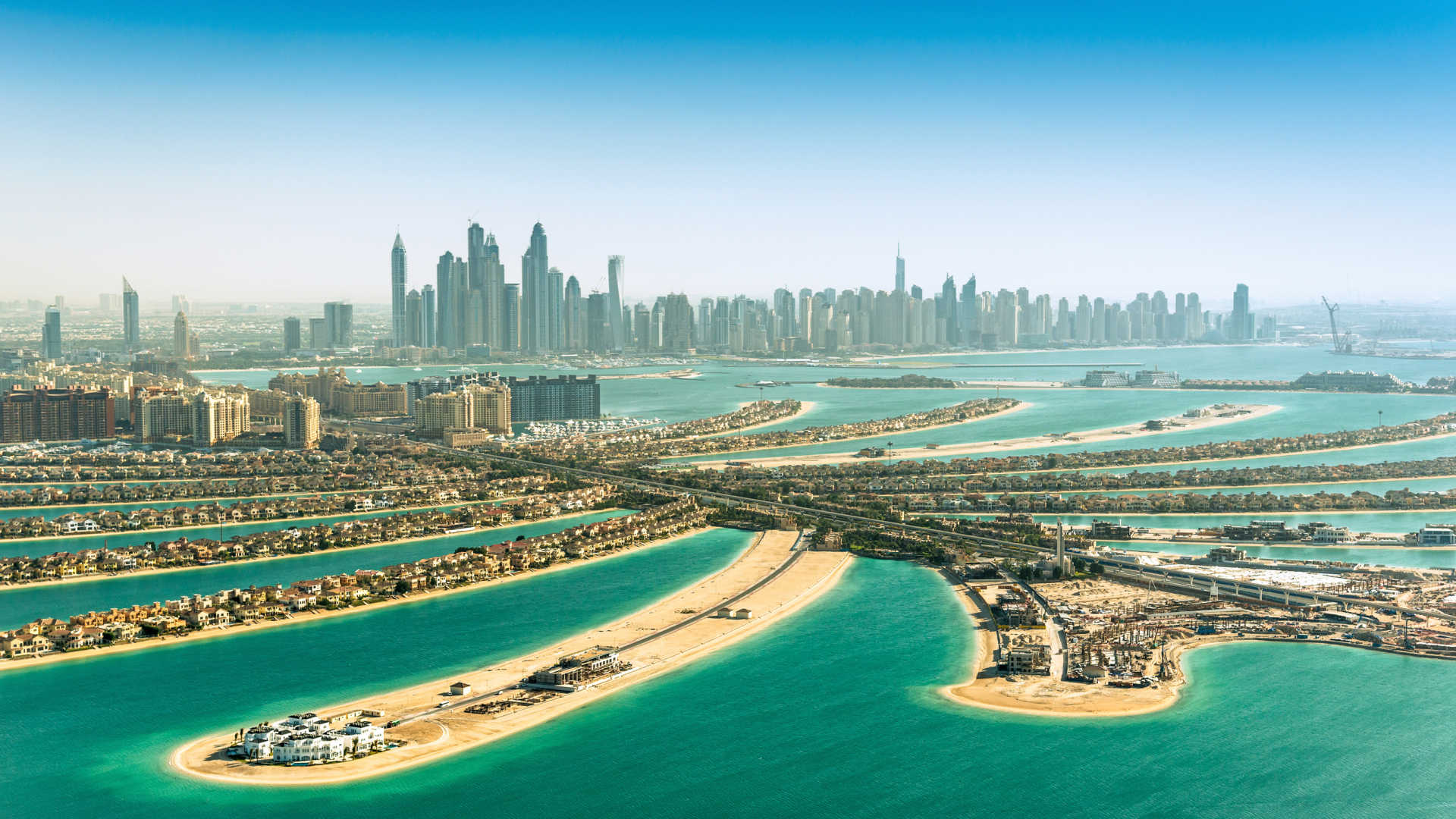 If you are interested strictly in building up, it is possible for a city to move from a provincial town of less than a million to having the 13th most highrises of any city in the world, including 22 300m buildings (the United States in total has 19), and add housing for almost 2 million people, all in about 20 years.

There's been a few examples of planned cities coming up out of nowhere. Assuming you have all the resources you need

So the city core is easy. The hard part is convincing people to move. If you had enough support, you could build 'close enough' to a major urban center to attract business and jobs away from it, but many newly rich nations like china often have entire towns or cities that are empty.

So the process of building a community is somewhat tricky. You need to start with attracting business and jobs, and then people. But if you had the right backing, you could certainly get a metropolis up in under a decade.

Not the answer you're looking for? Browse other questions tagged construction architecture or ask your own question.

1
How long does it take to build a city?
37
For designing a vocal language for an intelligent species, how to decide on phonemes?
9
How does one go about developing the sound of a language for a particular culture in a world?

21
Vertical City - Why build it?
2
Building a small town with zero funding: first steps
6
Geographically, how large would a very populous city during the 16th century be?
25
Is it viable to build a city with a circle based architecture?
7
How long would it take to build a simple stone building in medieval times?
35
How long does it take to build a medieval city wall?
6
What materials would I use to build an underwater city?
5
Skysteading: How to build a flying city