What evolutionary pressures would lead to being skilled at counting and basic arithmetic?

Let's say we came across a new species of moderately intelligent birds. Like Alex the parrot, these birds are able to learn a few words and simple concepts. But once we teach these birds the words for different numbers, we are astounded by the fact that...

...these birds can already count (to at least 100) and do simple arithmetic.

What evolutionary pressures could have possibly led to this scenario?

There's a very simple answer to this one: Mimicry of flora/fauna with number-specific differences. 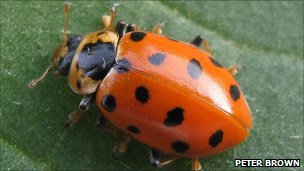 Next, consider the 16-spot ladybird spider: 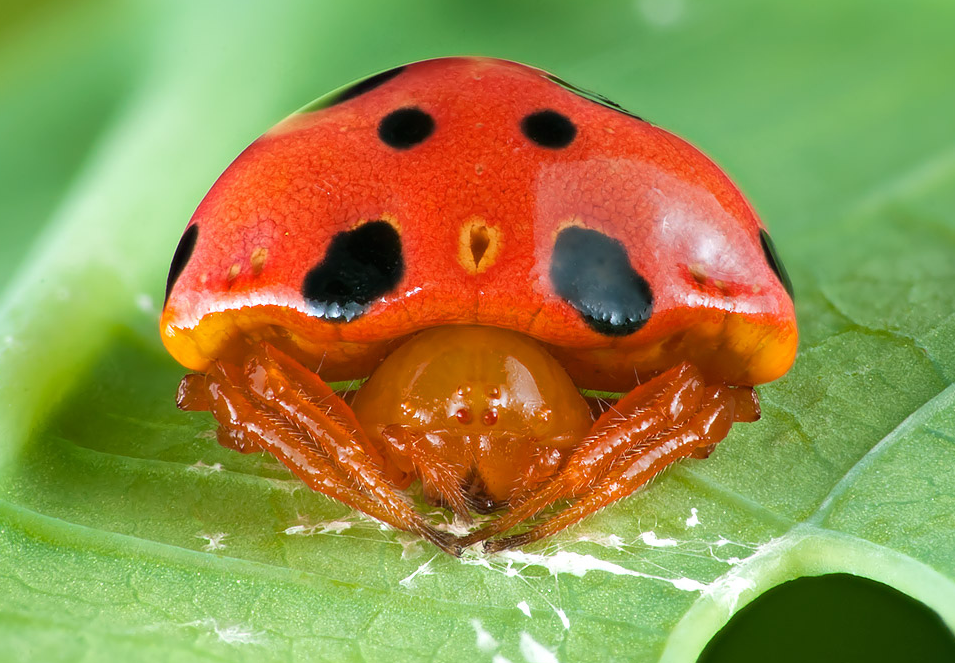 In an environment where predator or prey is a mimic with a subtly different number of spots or other distinctive feature, counting can become increasingly important. Or else if variants with a certain number of spots were poisonous, evolution would select for the birds able to distinguish one from the other.

Of course you can create subtler differences in your prey species - perhaps the edible ones all have multiples of seven spots which are added every time the creature moults, almost like the rings of a tree. In a similar vein it wouldn't even have to be about prey - if there was a deadly plant or another threat which was number-specific, such a trait would probably select relatively quickly.

Social behavior, we know for instance that social primates will not accept extremely uneven sharing. Anything more than about a 3/5th diffrence is rejected. Being able to tell how many of your social group are present can be equally important. Especially if comparing your group to another group. math becomes especially important one you have the ability to communicate. Turn left at the many trees is not as good as turn left at the three trees. More basic keeping track of predators or dangers could be useful, how many wolves went into the cave vs how many came out can be important. The bbc has nice little article about its uses among animals http://www.bbc.com/earth/story/20150826-the-animals-that-can-count

I recall a demonstration of a dog that could count up to n, where the trainer threw a bunch of practice dead animal dummies into the tall grass some distance away and gave the command to fetch. Each time one was returned, he repeated the command.

If the number of objects that were thrown was ≤n, then when the next (excess) command was given, the dog would walk around the seat and sit, indicating "I'm done with that, ready for next command" without going out and doing any searching. If the number of items was larger than the dog could count, then he would head out to search for more, even though there were none present.

Being able to remember how many prey animals are hidden saves the futile work and also increases confidence that you got them all. How much extra time would you spend working an area just to be sure? It also means they can calibrate their idea of how well the prey hides, rather than supposing a certain amount of work is good enough. This saves work in general, when deciding if an area is finished.

So, imagine an evolutionary arms race where prey animals can hide, burrow, or whatnot, when they see the predator coming. How much work they spend digging deeper or hiding better can vary depending on strategy, if they are making the predator work harder as well and waste work and waste time. Knowing how many are hiding will cut out that game and give them an advantage.

Perhaps the mental capacity to count to n increased a bit at a time, until it somehow reached a general point where instead of 7 or 9 they could handle on the order of hundreds, because the mechanism had an increment/decrement feature and internal state.

The bird has x baby birds, each baby needs y worms to survive.
So the bird perceives somehow that after y worms babybirds stop to cry. If the bird as fed all babies, he perceives the amount of worms he fed to the family. One day the family need more, the next day less. They perceive that 5 eggs are less than 4.

Of course they don't count! I'm talking about being able to abstract reality to put things into relation. Basic counting is understanding >,< operators and arranging the elements of a set in the right order(4>2<3>1)->(1<2<3<4).

Now if you teach him the name of relations he is able to grasp, like <,> and values(numbers) he could figure it out and count, because the relation is already in its mind. Teaching the relation is way harder, than just giving tools to apply know things to.

Pressure to develop this ability: Don't go for prey bigger than you, don't pick up more than you can carry, build the nest higher than last time, or the fox will get the eggs again. It is in the nature of our reality that most living things can under stand relations like this.

This could be a reason why he can count, no one knows why for a fact. Another possibility is he was just very well conditioned and good at mirroring humans.

Not the answer you're looking for? Browse other questions tagged creature-design evolution intelligence or ask your own question.