How could a mountain range naturally form in a roughly clean, complete shape?

In this universe, the planet Paveiha has a mountain range that completely surrounds a region in a semi square/rectangle(ish) shape. Inside the borders of this vast mountain range is a verdant land with an isolated ecosystem and a civilization that is completely detached and protected from the outside world.

I emphasise that the region is completely surrounded by this mountain range on all sides. The borders are partly irregular but the shape is still complete and roughly even on three of its four sides. There's a picture below showing the size (in comparison to the continental United States) and shape of the mountain range.

First of all, would it be possible for a mountain range like this to form at all? As far as I know, there's nothing like this on Earth so I wonder if it's even possible.

If so, what are some natural ways a mountain range could form in a roughly clean, complete shape? By clean I mean pretty even on most sides, as it is on 3 of its 4. Instead of like some monstrous blob with arms all over the place.

(If it's actually impossible, what would need to be changed to make something like this happen?)

Below is a picture showing the size of the region in comparison to the continental United States. I cut the region out from a map and put it in this to scale map of Earth. Generally, the mountain range encompasses its borders, (blue lines). The two mountains on the inside are irrelevant to the question. 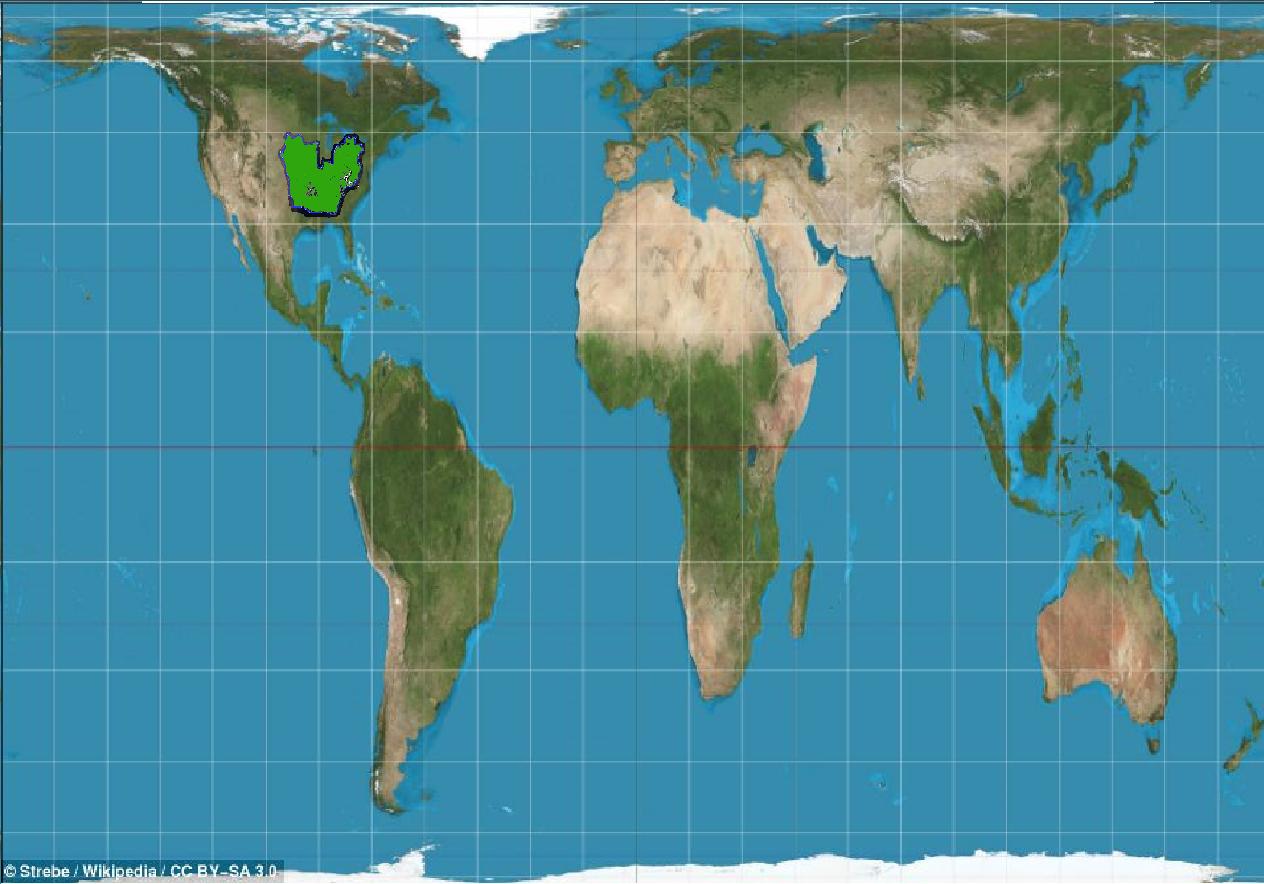 The are on Earth several such large areas enclosed by mountains. The key is that such large basins are not enclosed by one mountain range, but by two or more.

The largest such geographical feature is the endorheic Tarim Basin. It is enclosed by the Tian Shan mountains to the north, the Pamirs to the west and the Kunlun range to the south; most of the basin is a deadly desert, the Taklamakan. Today, the Tarim basin is in the People's Republic of China.

But enough of the Tarim; with all its glorious history and eerie beauty, it is too far away, and too dry, and much too exotic.

In this answer I will describe the Pannonian Basin, also known as the Carpathian Basin; but you can also look at a physical map of Asia Minor, for another example in the same general area. 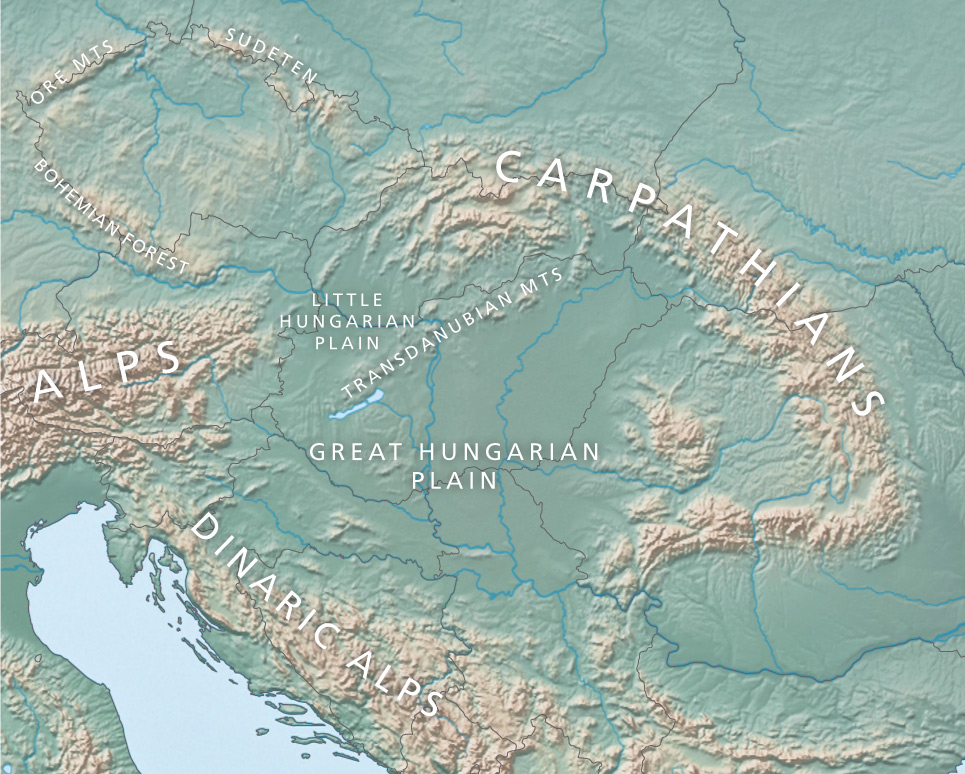 [Physical map of the Pannonian Basin, CC BY-SA 3.0, map created by Koba-chan from DEMIS Mapserver, which are public domain.]

The Danube enters the Basin from the north-west through the Devín Gate and exits to the south-east through the Iron Gates. If the Transylvanian Plateau is included, then there is another river which pierces the moutainous ring surrounding the basin: the Olt, which crosses the Southern Carpathians through the Red Tower Pass.

The arc of the Carpathians, which forms the northern and eastern boundary of the Basin, is part of the Alpine orogeny; it was raised at the beginning of the Cenozoic (formerly known as the Neozoic), about 60 million years ago, when the African Plate and the Eurasian Plate collided; the Carpathians were raised as some microplates pushed against others: full details are complicated, but see for example "Geodynamics of Carpathian and Crimean fold belts formation" by Y. Krupsky and Y. Koltun. 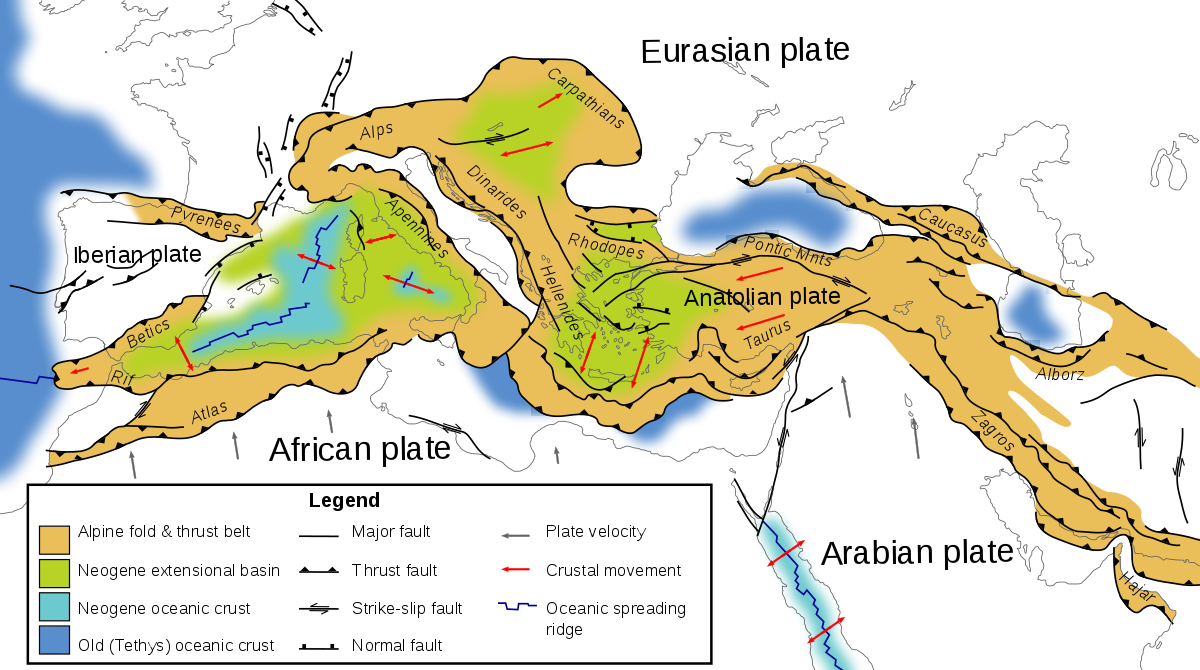 The Basin was originally part of the Paratethys Sea; it eventually became isolated from it about 10 million years ago, and the Pannonian Sea disappeared in the Pliocene, about 4 million years ago, leaving behind a flat plain dotted by island mountains.

Ngorongoro crater is a smooth even mountain range surrounding an area, although only 100 square miles which is less than you want. It is an old volcanic caldera and the mountains are the edges of the old volcano. 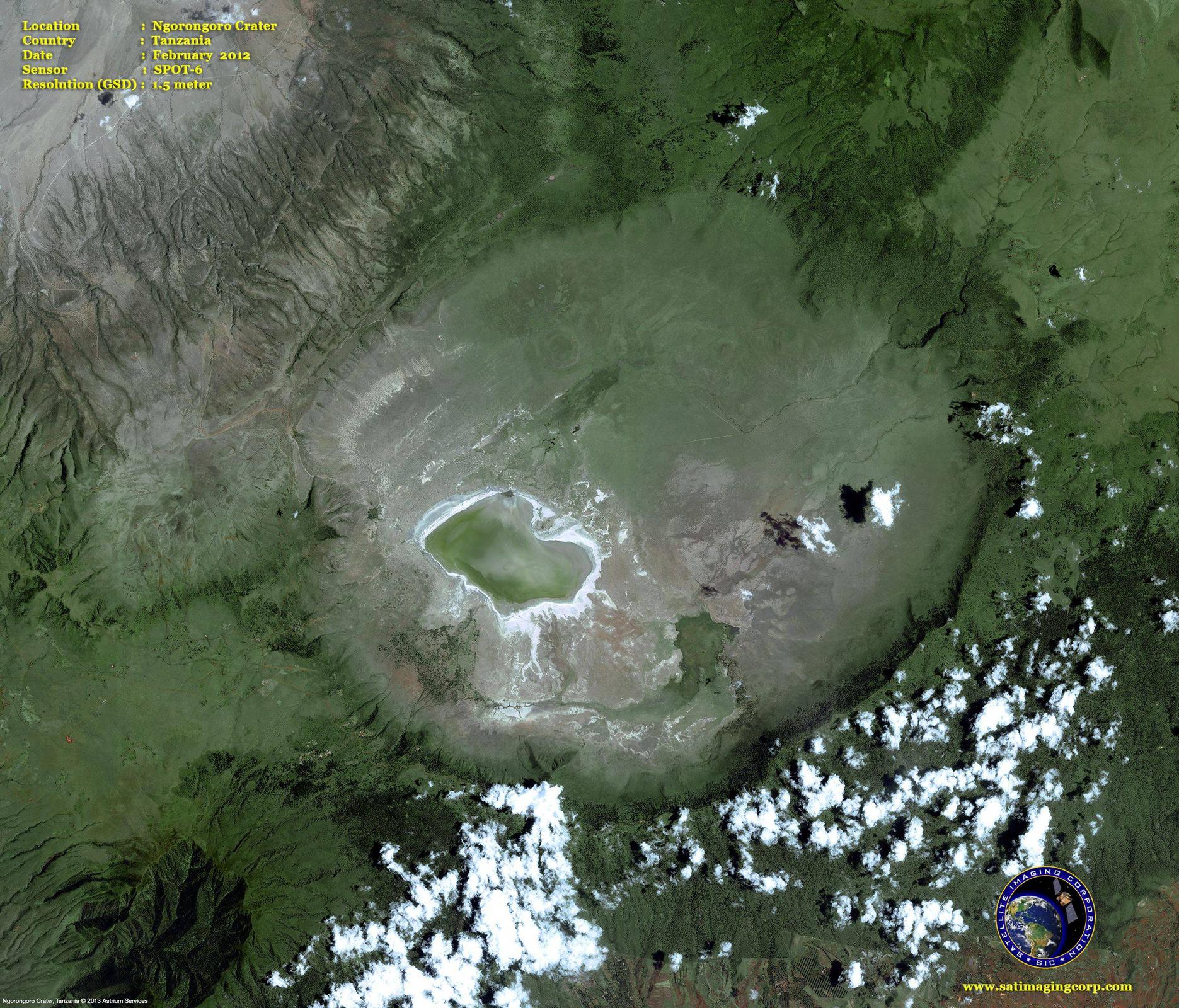 If you had a bigger volcano you could have a bigger caldera. The caldera on Olympus Mons on Mars is 50 miles across.

Another option is an impact crater. From inside the crater it looks like you are surrounded by mountains. Actually you are in the bottom of a pit. Here is Barringer crater which is less than a mile across but is good looking. 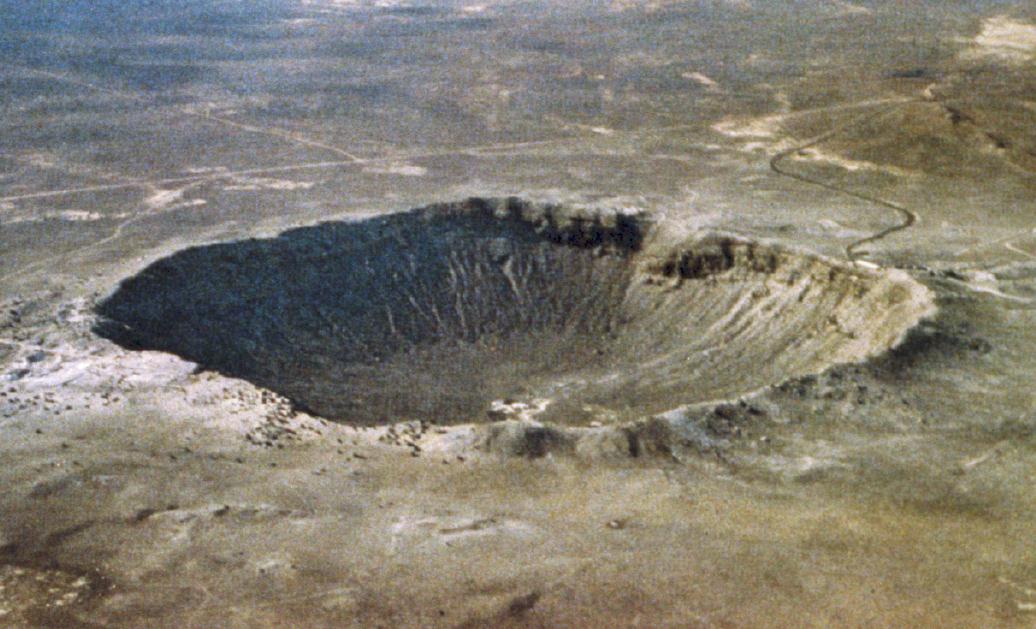 There are bigger craters on earth but they are (fortunately) ancient so not as crisp looking. The Moon has some big ones. Mare Imbrium is 1146 km across and that is getting to be the size of your area. from wikipedia.com 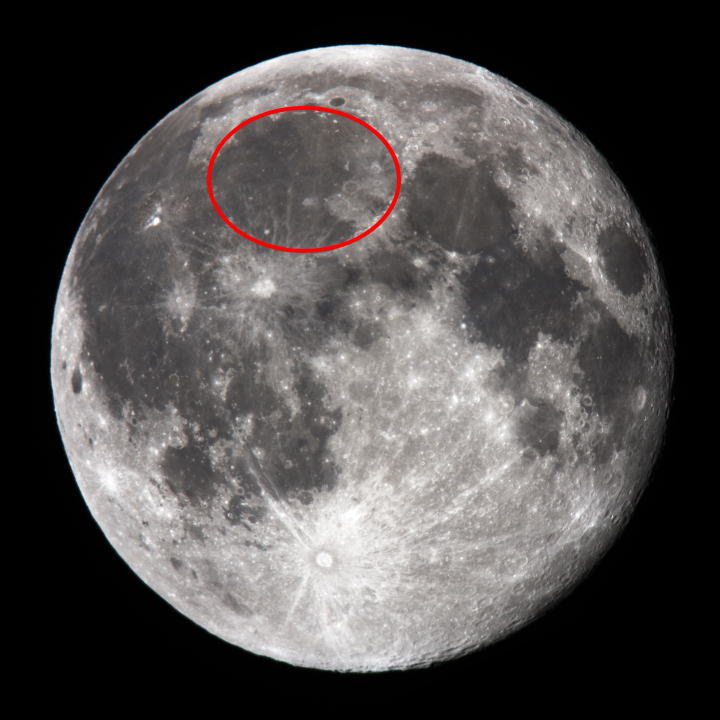 These are all round shapes. The last way I thought of would be a sinkhole - or for an area your size probably an ancient dry sea bed. Small sinkholes are nice and round but the big ones are very irregular and the edges are usually only 100 meters high, so not exactly mountains. Although it is your world: you want to have an ancient giant sinkhole, do it up!

Another possibility is the East Africa Drift, where former mountains are separating, creating several valleys between them, valleys that later were filled with lakes.

Not the answer you're looking for? Browse other questions tagged geography geology mountains or ask your own question.