What would be the evolutionary pressures of horned simians?

I am assuming that monkey like animals are more likely to develop some form of horn or antler than apes(feel free to correct me), the question is what would be the most plausible function of the horns, defense or mating, and what type of environment would select for this as a favorable trait?

As for why monkeys over apes, the opposable thumb and greater intelligence seem like they would be able to fix most problems, and evolution of this type wouldn't happen, also monkeys seem simpler, and more likely to go either way on the brain v brawn route.

Horns are a hindrance to an arboreal species, like a monkey. They are heavy and make jumping harder. They get tangled in branches. So are generally a nuisance if you are a tree climbing monkey.

Most animals with horns (or antlers) are relatively large: The horns are mostly used during the mating season. The males use their horns to fight each other. The most powerful males can establish a harem of females. Horns are also used for defence by nearly all horned animals. Cows, even though they don't need to battle each other for a mate, will use their horns to protect their young from predators.

Given this, it is most likely that horns would evolve among the larger land dwelling simians: Gorillas already have exaggerated canine teeth that are used in display and for fighting. The early Hominim Paranthropus aethiopicus had a thick skull and a prominent bone crest running down the middle of its skull. If horns were to evolve, it would be among the African great apes, Gorilla, Pan, Australopithecus and Homo, and their kin, and would be used for display, fighting over mates, and defence against predators.

Horns and antlers have evolved independently in many diverse species of animals, from many different types of tissue, so it shouldn't be too difficult to fit this hypothetical creature into your ecosystem.

Most species with horns or antlers use them to attract mates. Having larger headgear indicates greater strength and virility (you've gotta be pretty strong to carry around up to 40 pounds of weight on your head). Antlers and horns are also used in direct competitions of strength between males to attract females.

Sexual selection doesn't require any particular environmental conditions to occur, so you can have some fun with your own particular evolutionary history. Perhaps your simians could use them to hook onto and hang from tree branches as a further evolutionary pressure. If your simians are tool users, this would have the extra benefit of freeing up their hands.

Horns can also be used for defense, but this is usually only seen in larger horned species. Most monkeys and apes will opt to run or hide rather than fight.

For a more complete answer, could you elaborate on your assumption that monkeys would be more likely to evolve horns than apes? I don't follow your reasoning there.

The simians (infraorder Simiiformes) are the "higher primates" familiar to most people: the Old World monkeys and apes, including humans, (together being the catarrhines), and the New World monkeys or platyrrhines. Simians - Wikiquote

So if humans can form horns, monkeys probably can, too. Strength would be a factor.

Cutaneous horns, also known by the Latin name cornu cutaneum, are unusual keratinous skin tumors with the appearance of horns, or sometimes of wood or coral. Formally, this is a clinical diagnosis for a "conical projection above the surface of the skin."[1] They are usually small and localized, but can, in very rare cases be much larger. Although often benign, they can also be malignant or premalignant.]1]1 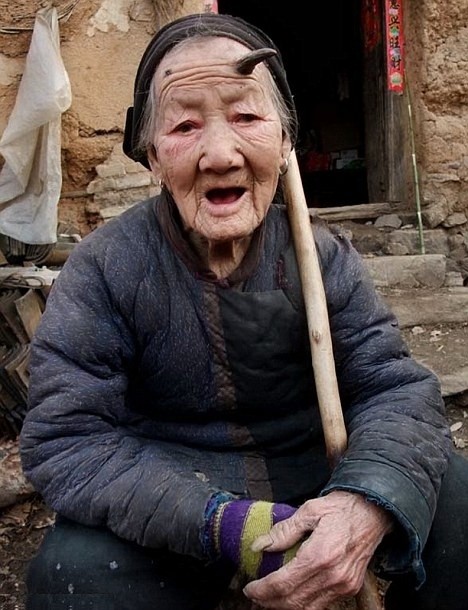 Perhaps they happened in error but were much admired and over time, horns developed.

As mentioned by creeon, it is much more likely that horns would develop for mating purposes. Horns used for defense require you, as a prey animal, to be within striking distance of a predator with presumably sharp claws and/or a large set of powerful jaws.

Even worse, the horns are on your head! To even use defensive horns, your neck must be that much closer to jaws that wish to close around your neck. Not to say it isn't plausible, but the most parsimonious answer would be that of sexual selection.

The evolution of numerous behavioural and physiological traits throughout the animal kingdom are due to sexual selection. Darwin even defined and described it in 'The Descent of Man, and Selection in Relation to Sex'. Not only that, sexual selection pressures are often powerful enough to produce features that are harmful to the individual's survival! The most flagrant example being the peacock's tail — an ostentatious but quite impressive display that is most definitely a hindrance when escaping from a predator. This type of extreme sexual selection is an example of a Fisherian runaway - exaggerated male ornamentation by persistent, directional female choice

Horns on a primate might be sexually selected for any or all of the following reasons:

further reading on the evolution of horns: The Evolution of Horn-Like Organs (V. Geist)

Horns are formed to defend against predators. This requires mass and acceleration for impact. Monkeys are specialized in climbing, not running. You need a species that runs or has the mass to headbutt a predator. So you likely need:

Not the answer you're looking for? Browse other questions tagged science-based biology creature-design evolution environment or ask your own question.