What would weather/geographical conditions be like on a tidally locked moon?

I'm trying to figure out what weather patterns and geographical conditions would exist on a habitable moon that is tidally locked to a much larger planet/gas giant. From my research, I was able to gather that:

However, I'm interested in having less extremes, potentially habitable conditions if possible. In order for that to occur, I found that:

That all being said, I'm wondering what would the weather conditions be like on either side and in the twilight belt? Would the sun-facing side have a lot of rain? Would extreme weather such as tornadoes, hurricanes, etc occur more frequently in the twilight belt? Are there any factors I may have overlooked or misinterpreted?

Regarding geographical conditions, I'm wondering kind of environment (in terms of physical features, not life) each biome would produce. Is it possible that only the poles would have extreme conditions, and the rest of each hemisphere would be more livable?

My apologies in advance if this question is a little broad, I tried to narrow my question down as much as possible.

There are several problems with your visualization of this moon, especially concerning the day/night cycle. I think you are confusing some research about tidally locked planets with tidally locked moons. The moon shows one face to its planet, but from the moon's point of view the heavens still rotate and the sun rises and sets.

Wikipedia has an entry for habitable moons that discusses possible orbital periods around the planet between 10 and 60 days, but likely under 45. This is the length of your moon's "day". The shorter your day, the larger the planet will be in the sky because you are closer to it.

The same entry also discusses tidal forces potentially being a stronger factor in mantaining a living planet than proximity to the sun. The larger the planet the larger it's tidal zone will be, but it might be almost any distance from the sun so you can safely put it around 1AU. By definition of it being a moon, the majority of tidal forces will come from the planet, but the sun could play a small role.

Rather than a "night" and "day" side, there would be a "planet" and "space" side. Even directly under the planet, it would be large but would not fill the sky. The planet would wax and wane like our moon in the sky, but it would not progress across the sky. It would always be in the same position day and night. Some nights would have a spectacularly bright "full planet" depending on the albedo of your planet. Some days would have an enormous sliver of the planet in an otherwise blue* sky (or whatever color your sky is). 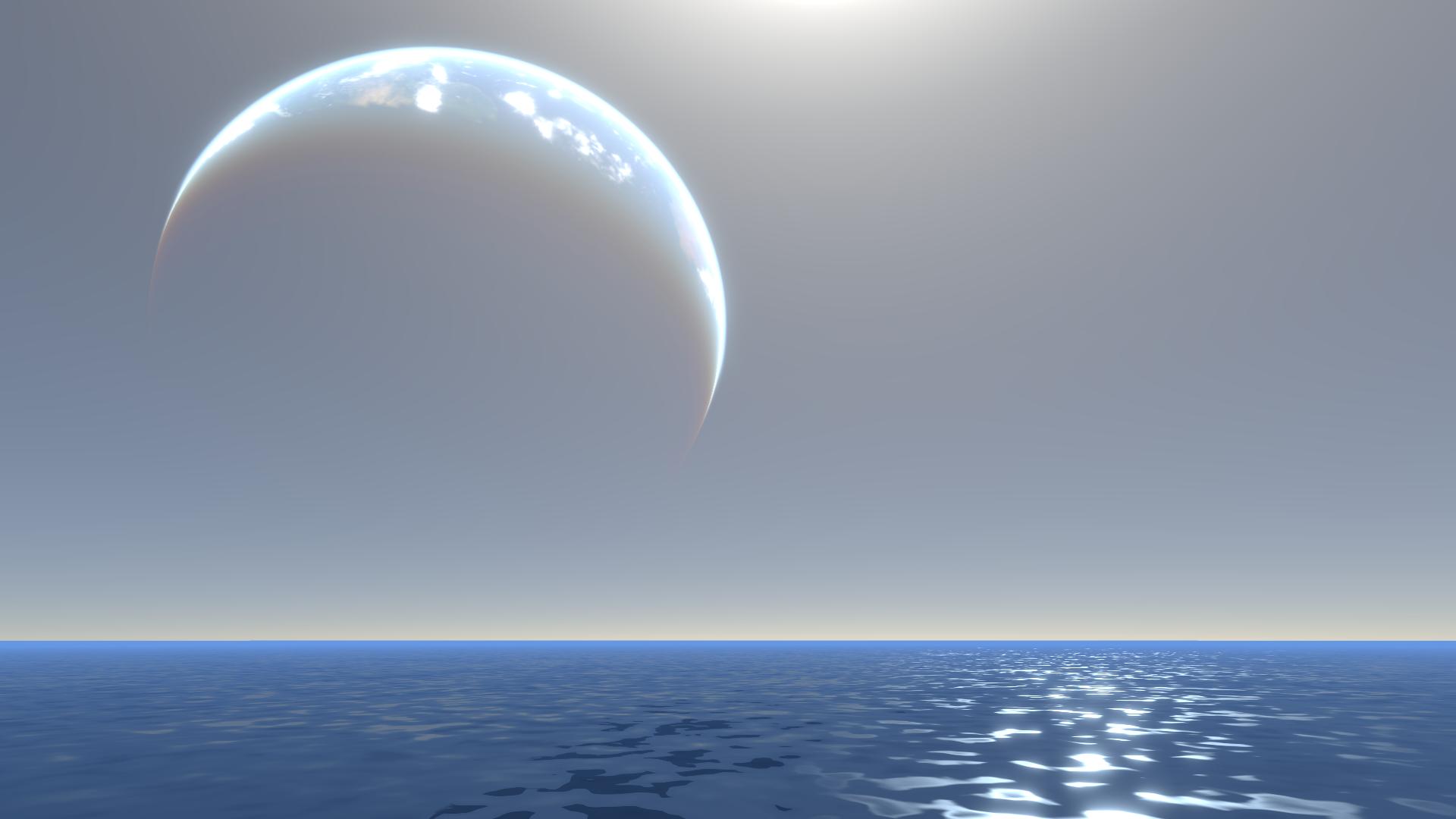 Any companion moons will have complicated movement across the sky (pardon my artwork) alternately growing brighter and disappearing at times from the sky, although moons are unlikely to be as dramatically large as in my artwork. (Space is very big, and moons are small.) Your moon would probably not have it's own moon, at least nothing round, but it might be in a complicated co-orbital relationship to another moon which is nearly in the same orbit. A co-orbital moon would appear to approach from one side then drift away, only to reappear years later on the other side of the sky. 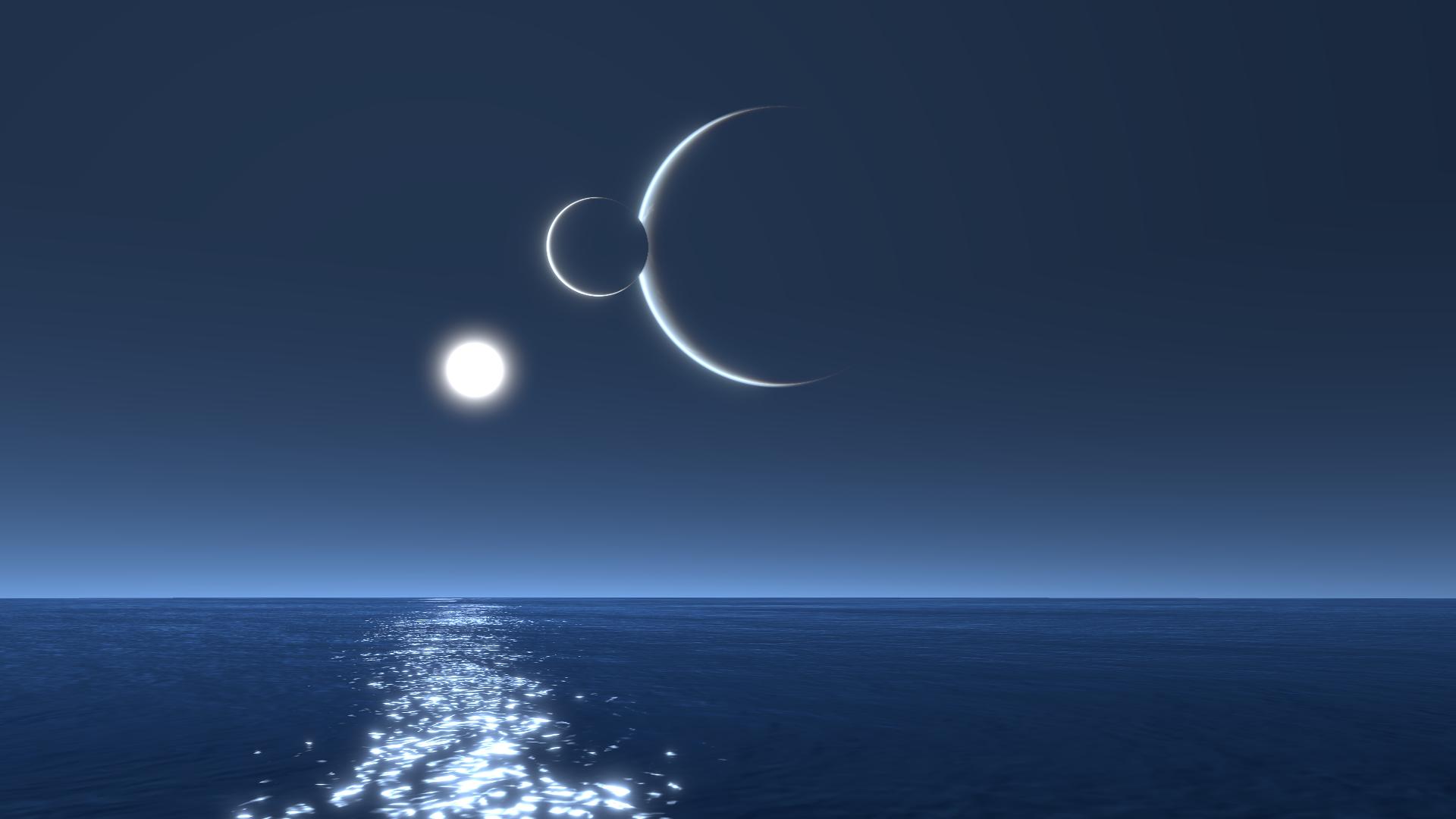 The planet might be at almost any axial tilt, and it's moons presumably follow that tilt. That means the sun does not necessarily get eclipsed by the planet every "day". A series of eclipses might happen only seasonally in the fall and spring at the equinox. Your moon would experience summer and winter depending on that axial tilt, with the odd caveat that you might have uninterrupted "days" of sunshine in the winter and summer.

Not the answer you're looking for? Browse other questions tagged geography moons weather habitability .

-1
What would climate be like on a tidally locked planet?