How to construct atmospheric pressure belts for my world?

I read somewhere that the size of a planet can influence the number of pressure belts (the areas of high and low pressure that cycle wind, heat and moisture about the globe) 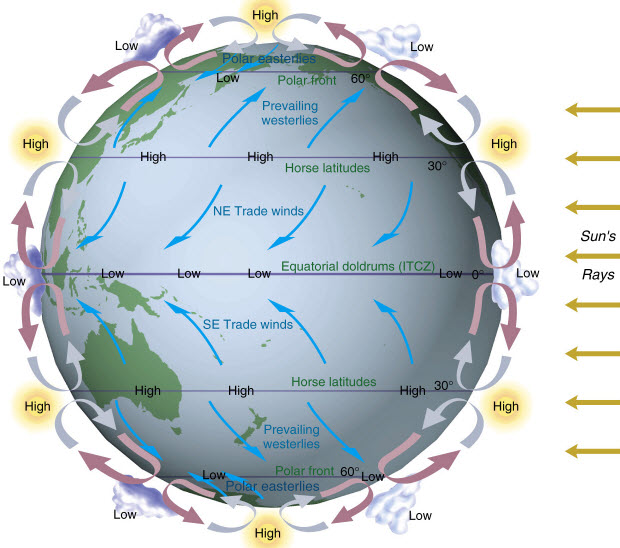 I don't think there is any reliable study on that.

The only planet for which we have a reasonable of data is Earth.

We have sent probes into the atmosphere of the following worlds:

What these four planets have in common is that they are too different from Earth for us to compare. Only Venus has about the same size and gravity, but the sheer heat and pressure, and a day that lasts six months, make it too different from us to serve as a model. Mars has about the same rotation period and the closest temperatures to ours, but the very low pressure makes it a poor choice for a comparison model. Titan's air is too cold and viscous. And don't get me started on Jupiter.

We should probably have a model for comparison when we reach some of the Earth-like planets that we keep finding around other stars, but that should take centuries.

At the end of the day, if you are building a fictional world, you make the rules. Just design your worlds's atmospheres to suit your taste.

I used to play a videogame where the protagonist lived in a gas giant. It had layers, pressure zones and convection. Part of me once said to myself "dude this is so off, there is no way a flying whale could be buoyant enough to float in this kind of atmosphere even if you stuffed its guts with hydrogen, and the wind speeds are unrealistic...". Most other parts of me said "man just chill and enjoy the game, you never complained when it was italian plumbers spanking turtles or bread loaves crawling through walls and stuff". Guess which parts won the argument?

Not the answer you're looking for? Browse other questions tagged science-based climate weather or ask your own question.

5
How would a large arctic mountain range affect the weather?
4
What would pressure belts look like on a world with continuous land?
3
What would the geology and climate of a supposed landmass near the pole be like, assuming a thoroughly warmer planet?
6
Can a planet have warm or temperate climates within its polar regions?
2
What's the climate consequences of a planet with these characteristics?
6
What would be the consequences of an Earthlike Planet retaining helium in its atmosphere