How to go from Australia to Europe using correspondences?

I am writing a story where we have our real science-based world, and a parallel world where magic is the more dominant principle. In fact the principle of magic is so dominant, that one cannot travel long distances without looping back to where you started from, each realm or kingdom being effectively an isolated world to those who do not use magic. However, with magic, one can step from one realm to another by using correspondences. The defining characteristic of a correspondence is similarity of appearance. More magically powerful individuals can use less similar correspondences to less magically powerful individuals, but the more similarity, the easier it is to take the step.

To give examples, a cave is a correspondence to a similar cave in an adjoining realm, as can an oak forest be to another oak forest, or one grassy plain to another, etcetera.

For example, an individual is travelling from Point X in Realm A to Point Y in Realm D If Point X is a city, and Point Y is a frozen mountain-top, then no direct correspondence exists. However, by travelling out of Realm A's city to the surrounding farmland, the traveler could use the farmland to find a correspondence to Realm B, where the corresponding environment would also be farmland with a similar crop/livestock, only close to mountains. The traveler would then go to Realm B's mountains and use a correspondence to go to a colder mountain-side in Realm C. The traveler could then go uphill a way until the environment was sufficiently cold that the ground was icy, and use that as a correspondence to travel to Realm D, where they would be near the frozen summit (Point Y) they sought to reach.

The problem I have is that my characters (who are pretty far up the scale in terms of power and knowledge) need to go from Australia's magical parallel realm (which looks pretty much like the Australian Aboriginal dreamtime and Australia prior to the extinction of the indigenous mega-fauna) to Europe's magical parallel realm, which is pretty much like Europe of a few hundred to a thousand years or so ago. This means that the landscapes look pretty different. Australian plants do not correspond well to any European plants for the most part, effectively eliminating easy correspondences.

What correspondences could be found to allow the most rapid possible travel, assuming logical geography?

I decided to go for the seaside, since that is what England is known for. The 'White Cliff of Dover' so I found the Bunda Cliffs in Austrailia, they look fairly similar and are even made from limestone, not quite the chalk. So I would say that is a reasonably close, as far as vegetation there isn't much on the Australian side and the white cliff is mostly grass.

Setting aside human cultural phenomena, which don't seem to figure in your description of correspondences, several ideas pop to mind:

Beaches, tides, fish, mollusks, crustaceans, seaweed, etc. Obviously not all of these things are precisely identical from continent to continent, but a lot of them are very close indeed. In some cases, the species themselves are identical because widespread or migratory.

One of the most traditional kinds of permanent and world-spanning correspondences is astronomical: the stars. Unfortunately, of course, the stars in the Northern and Southern Hemispheres are quite different. Nevertheless, if your characters already know a good deal about Europe, strong analogies could be drawn, especially with respect to star clusters or constellations near the center of the Zodiac.

Similarly, there are celestial phenomena that can be seen from anywhere on earth: the moon, the planets, and so on. Obviously one would have to learn how to correct for longitude and latitude, but the Babylonians did pretty well at that, for starters.

In the history of magical or occult thinking, one finds that things are rarely taken as themselves: they tend to be in relation to other things. When we say "correspondences," this is really what we mean -- a correspondence is properly a relationship between two things that is embedded in a larger system or web of such relationships. Thus object A is like object B because both share property C that is considered to be a quality, aspect, effect, or sign (or all of these) of principle D.

For example, we classify some plants as "grasses," and there are complex and serious reasons for doing so, much debated and so forth across the last couple of centuries. Under that system, there are "grasses" in both Europe and Australia. Either those plants are or are not "really" connected in terms of your magical correspondence system, which leads to a deeper matter.

It appears, from the description of power level allowing looser correspondences, that correspondence classification is an intersection between the magician-subject and the natural-objective phenomenon. This means that there is some way in which things are or are not "really" linked, at an underlying, natural, non-cultural sort of level. And there is also some way in which that kind of linkage is actually forged, created, signified -- in a word, made -- by the human observing subject. If this is correct, then there is no absolute sense in which two things do or do not correspond: it's a matter of interpretation and knowledge. In which case, to resolve the difficulty within a fantastical world of your creation, you may need to come up with a formal conception of "natural correspondence," i.e., that type of relation that preexists within nature just because, and which is in some fashion a prerequisite for magical manipulation.

Start at Cape Le grande National Park in southern Australia. Follow the beach until you step along a beach on Lanzarote, which has a similar ocean, beach and dry reddish terrain. From the Lanzarote beach you make your way up to the fire mountains in Timanfaya national park. After a brief climb down one of the volcanoes you climb up again and find yourself descending mount vesuvius in Italy.

Depending on how closely your world's Europe matches real-world Europe, your party could descend from Vesuvius to find some of the many ruins from the Roman empire. A temple, collonade, bath-house or mausoleum near Naples around AD 1000 - AD1500 will find its close likenesses anywhere from England, via France to South-East Europe.

Here are some postcards from the magical party's travels: 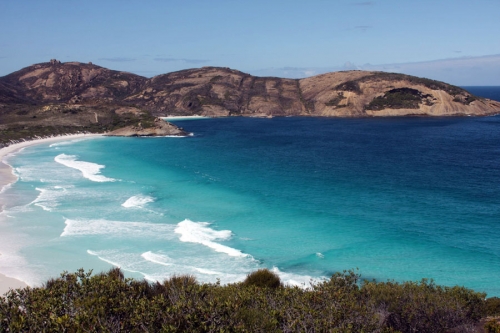 It's a beautiful day in Southern Australia 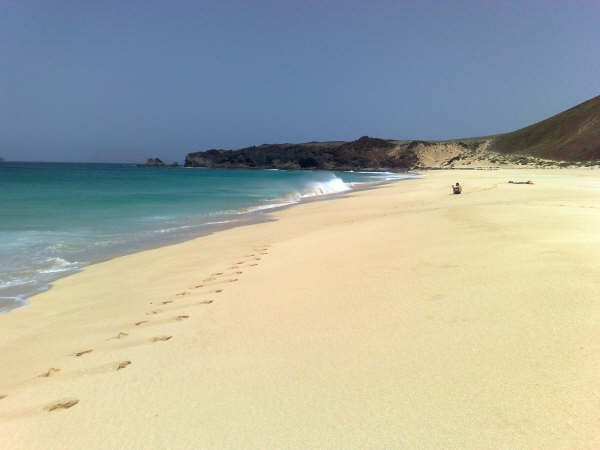 Gazing out at the azure ocean, we turned around and suddenly found ourselves on Lanzarote, one of the Canary Islands.

Timanfaya on Lanzarote has some beautiful volcanoes 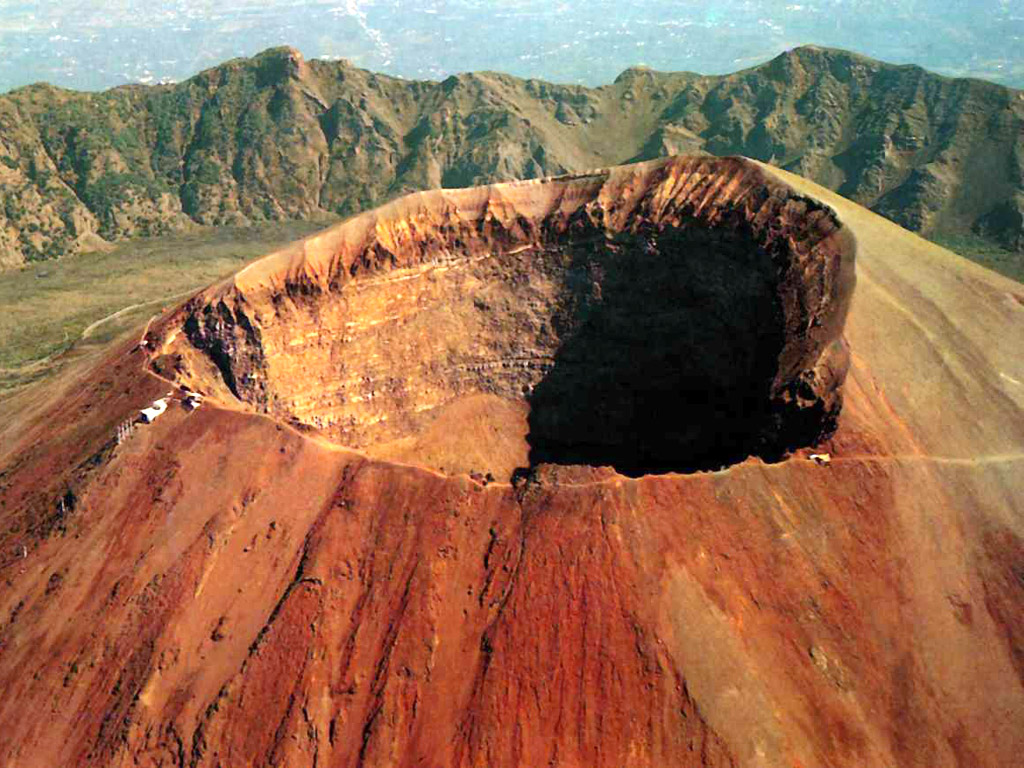 But so do Southern Italy! 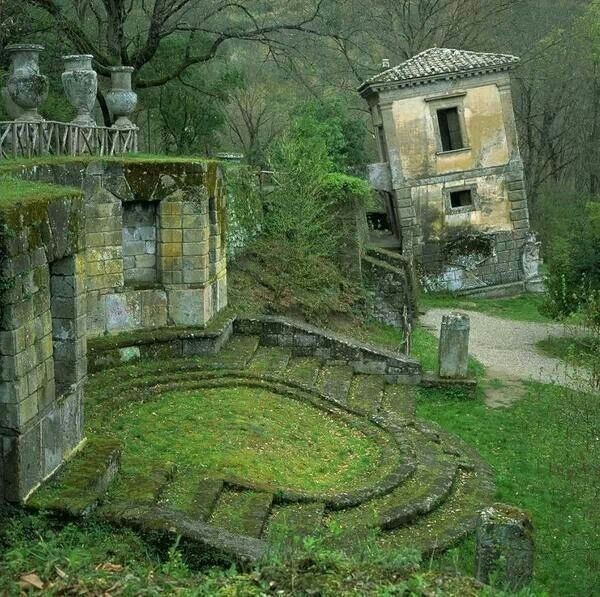 This is a ruin near Naples but.. strumming guitar...

♪♫ This could be Corinium or anywhere ♫♪
Neapolis or Rome,
Could be Oppidum Batavorum,
or Caesar's second home

A cave, mine or tunnel could be used. Since they can be artificial and cave systems can be pretty similar, if your characters had access to one, they could attempt to use it as correspondence.

If I understand correctly, the idea is that, when someone is in an area, the "travel" places them in a practically identical area somewhere else. The strength of a correspondence will be directly related to how little you notice changing while the outside world (outside the correspondence node) changes. If I am correct in this understanding, then artificial construction and especially more generic ones used for utility and thus strongly resembling each other across cultures and places, would be the easiest way to achieve travel.

That's why I'm suggesting something that is likely to exist in both locations. I noticed others are suggesting the sea, but it's unclear to me how far the australian or british locations span - do they include the seaside or ocean or not? If they do, the seaside and beaches would be easier, assuming one can find a beach that resembles the one at the target location. If a beach is inaccessible, then I would expect that a mine or dug-out cave, perhaps even a simple house (clay, stone, wood) would work.

edit - there's also some simple ancient structures (particularly neolithic ones) that are easy to replicate: http://en.wikipedia.org/wiki/Megalith

Not the answer you're looking for? Browse other questions tagged magic environment geography travel .

8
Why might businesses fail in a renaissance/magical mountain city?

11
In a realm with limited magic, who would govern?
10
Magically knock someone down and pin them using Science
13
How would magic work in a modern army
17
What are some ways stop magicians from using magic without resorting to the old 'special anti-magic metal' cliche?
9
How can I balance my magic to make it feel like there is a believable cost to using stronger magic?
13
How can caravans safely move between towns despite threat of monster attacks?
6
What would prevent magitech created in one realm from working in another?