Thanks to enhanced space telescopy Earth has found some great candidate star systems for colonisation. But they are not yet ready to try sending people.

There's no new physics. However, the cost of getting into space has been substantially reduced from today's costs, let's say 0.5 percent current costs.

The world federation of space exploration has offered a prize to the best solution for the development and deployment of an interstellar probe. It will need to travel around 20 lightyears, but shall then send information back via radio comms of some sort.

There are two prizes available.

The lander has the option to be a seeder.

Your spaceship is a big disk that carries all the satellites and landers you need (the hard part is getting it into space, but, once there, it works easily). It also has antennas for talking to Earth and with all the probes that it will detach to explore the star system.

As for getting to the star, it tosses out large bombs behind it (anti-matter would be best, if it is attainable, but nuclear bombs would still work) and rides the shockwave, with using a pusher plate to distribute the acceleration over a longer period of time.

Once it arrives at the star, it parks in orbit around the star, and all the probes with science equipment detach and go to wherever.

The orbital ones all use ion engines so they can get very high efficiency, and then have whatever science instruments attached to them, and they transmit back to the original ship. Some will actually hop from one location to another (like Dawn), others just park in orbit around an object and stay there.

The landers are designed for the environment, with ones on air-less bodies using propulsive landing and ones on bodies with an atmosphere using heat shields and parachutes. From there, they use whatever science instruments and transmit the data back, either directly to the mothership or to an orbital craft around its planet. Rovers are out of the picture unless we have good AI because it would take 60 years after landing until we get our first science data out of them.

Furthermore, most of the landers will land 40 or more years after everything else gets there because scientists at home look at the data and decide where to have the landers land. Planets are big, and we don't want to risk them landing in a bad spot when we could have gotten a lot more science out of them.

This was a serious thing being considered back in the earlier parts of the space race. See https://en.wikipedia.org/wiki/Project_Orion_(nuclear_propulsion) In 1968, they found that they could get to Alpha Centauri in only 133 years, even with 50,000 tons of payload, but I'm sure people can do better with more advanced technology, so it would take only a couple centuries.

EDIT: In response to comments, the following should be noted:

Icarus Interstellar, a modern non-profit with the stated aim of interstellar flight by 2100, would likely have an entry. They grew out of the five-year Project Icarus study run by the British Interplanetary Society and Tau Zero Foundation, which was itself a successor to Project Daedalus, which designed an interstellar ship that was a variation on Project Orion.

As of 2014, their design was called the Firefly Starship, and a summary of the design specs can be found on Project Rho. It uses D-D fusion in z-pinch confinement for efficiency and fuel cost, and distance shielding to carry live cargo without crazy amounts of weight. Most of the mass comes from heat radiators. It cruises at 4.5 percent of c, and might make a good choice for your seeding mission.

If you want something different, though, Project Rho is a great resource in general and has three pages of realistic designs, any of which should fit fairly well in hard sci-fi.

For something faster but somewhat less realistic, check out their torchship page for more... interesting stuff. The Zubrin nuclear salt-water rocket is probably my favorite OMGWTF slightly realistic torchship.

theres a realatively easy answer here, and seeing as you have a 1/2 cost multiplier lets get going with costs!

Even if we hit an impressive 1% of c(speed of light in a vacuum) it would take 2,000 years, and being a human we want to claim this prize in our life time, so lets assume people fresh out of uni at age 22, who live to 82... lets assume 10 years building time, leaving us 30 years to travel that distance (and 20 years for the information to get back), so we need to design something to travel at 2/3 of the speed of light

We need powerful lasers, the most powerful laser is MIRACL, or Mid-Infrared Advanced Chemical Laser, which can operate at 1 megawatt for 70 seconds, which is all we need from the laser front, because it's going to accelerate a probe using the momentum of light! 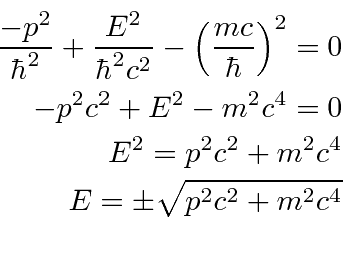 You see, Einstein didn't say E = mc^2, its just a simplified version that works for objects moving at speeds less than about half a percent of the speed of light, you can rearrange that equation to show you the momentum of light: 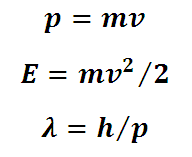 This isn't going to win the landing prize, but it really should win the orbital probe prize, as the closer it gets to the star we aim at, the more it will brake because of the solar sail, then you have millions of probes in relatively close proximity to a star that can take lots of measurements to retrieve and send back data.

It's not practical without FTL, it would just take too long... simple as that.

This Link could be wildy inaccurate at 37,200 years to travel one light year, but even 1% of that would make it unfeasible.

If the expanding universe theory is correct then by the time the probe arrived there at whatever speed after however many millenia, the expansion means the stars moved even further. I'm not convinced the probe could even move faster than the expansion with present capabilities so it's not a relatively simple point to point journey, it might never get there, it might just chase the star forever.

All my research (admittedly just googling) has the universe expanding at about 67 km/s per megaparsec. But we have no way of really knowing how accurate that is either. Pretty damn fast anyway.

you want to orbit or even land. This is your biggest hurdle.

Even though you might be able to accelerate up to the speed needed to travel the 20 light years in a reasonable number of millennia, you need then to slow down to orbit a planet, or even more to land on it and not simply fly by or, even worse, crash on it.

Since carrying along all the fuel needed for slowing down is practically impossible, as the rocket equation clearly states,

your only hope is to build a solar sail.

Not the answer you're looking for? Browse other questions tagged science-based science-fiction interstellar-travel or ask your own question.