How possible would a manned base be on the moons of Mars? [closed]

Planning on writing a story that features a manned scientific base (like the International Space Station) on both moons of Mars, Phobos and Deimos. I had some questions concerning the possibility of such bases:

Is the gravity of each moon high enough to battle to adverse effects on humans in micro-gravity environments?

No. See calculations here, there is essentially no gravity of the moons of Mars.

Does Mars have similar radiation belts as Earth, and do the orbits of either Phobos or Deimos enter those belts?

No. Mars does not have Van Allen Belts like Earth (or Jupiter) because does not have a magnetic field. The radiation you would get on the surface of those moons is the same solar wind you would see in deep space.

How dense is the surface of each moon, and is it possible to refine that material into buildable structures underneath the surface?

Since water has a density of 1000 kg/m$^3$, Earth's crust about 2500 kg/m$^3$, and iron 7870 kg/m$^3$, you can see that there is relatively low metal content in these moons. In fact, both are probably not solid rock, they are significantly porous, perhaps like heap of gravel mixed with ice. Deimos is much smoother than Phobos, indicating presence of regolith, which makes it more like a ball of gravel and ice, coated with fine sand.

Given the porosity and lack of gravity, these moons are probably pretty fragile. One missile strike could conceivably blow them into a ring around Mars. Even if there were useful materials (which there probably aren't) I wouldn't mine something so fragile, unless I didn't mind destroying it.

What kind of orbits would communication satellites need to hold a constant (or almost constant) connection back to Earth?

To get around the problem of the Sun being between the Earth and Mars, you would need some sort of deep space communication relay.

Given current technology: getting to mars is difficult enough with the complication of getting humans there alive and well, but I'm going to leave "how do we get there" out of it, or maybe address it later.

Now time to address each matter in turn:

There was a similar question asked a few days ago, to summarise the answers: if you're staying on Mars for a few years, as long as you have dietary supplements, and do regular exercise (every day) you can probably get by for a decade(estimate), but beyond that we don't have any real data so we can't say for sure

Earth has a magnetic field, which helps us survive by blocking out a lot of the radiation (also the ozone layer helps by absorbing UV) 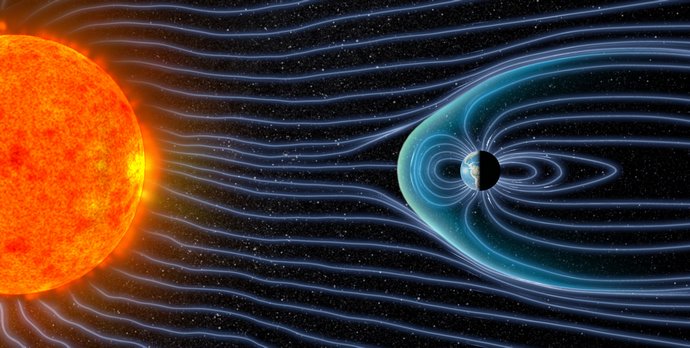 Mars, however does not have this, because Earth has a hot Iron core, whereas because mars has a higher surface area to volume ratio, its own core has cooled, which allowed radiation to strip away the atmosphere, and means that lots more radiation compared to earth can hit the surface.

However, Mars does have a thin atmosphere, which will stop all of the alpha radiation, and probably a good 99+% of the beta radiation, which leaves gamma and you don't really have to worry about it, maybe do a monthly checkup for exposure to long term low level radiation and then keep them inside the base if they show signs of radiation poisoning. But this shouldn't be an issue, the film The Martian is very scientifically accurate (apart from the storms) and the suits shown in that 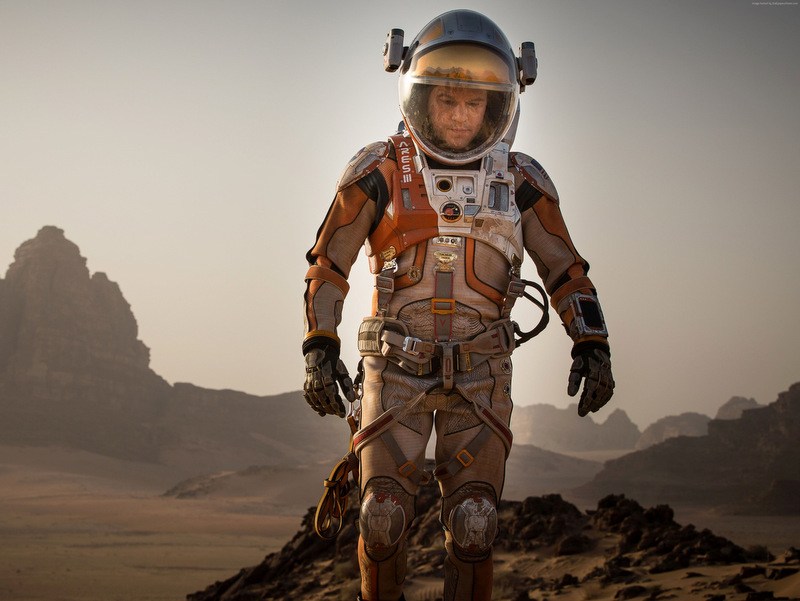 : would block out any remaining beta radiation, and you can't worry too much about gamma, there is gamma radiation passing through you RIGHT NOW, but most of it is so low energy it passes clean through you.

now, for drilling and refinement lets have some context: The average density of continental crust is about 2.7 g/cm3, but the mean density of Mars is 3.9 g/cm However, given how advanced mining technology is, this probably isn't an issue, just bear in mind that Earth equipment will have to be adapted slightly to account for low gravity: if you take a sledgehammer and hit it on the ground, you don't move, however on Mars or the Moon, if you hit a sledgehammer hard enough, you will move off the ground due to conservation of momentum. As for the moons... let's just start off with Mars and see where we get to. Mars contains a lot of useful minerals and metals, as long as you can send spaceships (like the one seen in The Martian) back and forth, you can set up the exact refinery equipment you need (this will be very expensive).

With a permanent base on Mars, communication will always be an issue, until you have the time to set up an extensive satellite network with a 0.75 second delay for the electromagnetic spectrum to actually reach Earth, the same delay to get back, then probably a few seconds of processing and satellite linkage at either end. Before this point, there will be large period of time ( a Mars day is 1 day and 40 mins, so about half this) where no communication will be possible.

Spares. On earth, if something goes wrong you can probably find a replacement online and have it shipped within 5 business days, on mars this journey time could be years, so you would need vast warehouses full of replacement parts and spares - meaning all equipment would need to be relatively modular, with few specialist parts, at least until you can set up complicated electronics factories.

Food. Yes I keep referencing The Martian, but it got an awful lot right, you need a LOT of energy to grow food. Using an old question as a reference: everyone is going to eat sweet potatoes - long term they will get vitamin A poisoning which can give liver damage, but for a short term, they give the most calories compared to energy put into the system. I am going to assume a colony of 100 people and that they need 2000 calories a day (yes they are doing exercise, but low gravity so less calories), the number is "98,420,000 kcal/km^2/day, which can feed a total of 49,210 people on a 2000 kcal/day diet of sweet potatoes" if we use aeroponics bays. Now we only need 100 people, so we need about 2030 m^2 of aeroponics bays, now lets say 2500 for redundancy so we can have some spare food if the crops fail for whatever reason. This still needs HUGE amounts of nutrients - most of which could be regained from feces if you have the necessary equipment. BUT you also need huge amounts of high efficiency solar panels to power UV lights necessary to grow this amount of crops. It is too complicated and inefficient for livestock, so sweet potatoes it is!

Edit to include the moons: the only difference here is that they would need slightly different set ups to account for slightly different gravities, and we don't have accurate enough information about what their geological composure is, so I'm not including them in section 3, but the rest STILL APPLIES

Not the answer you're looking for? Browse other questions tagged moons space-constructs mars or ask your own question.

71
How many people can you feed per square-kilometer of farmland?
14
Do the moons of Mars have enough gravity to colonize?
4
Best/Realistic Way to Acclimate Astronauts to Zero G

106
How would having multiple moons affect tides?
36
Habitable moon of a gas giant: working out the sizes and distances
4
What is the most effective way to build road on Mars and Moon?
9
How to prove Mars landing
14
Do the moons of Mars have enough gravity to colonize?
13
Would it be possible to use geothermal energy on mars?
2
How would someone keep time on Mars?
13
Is it possible to have a Earth-like planet with a red moon, similar to the color of Mars?
7
Could a route among the asteroids be built to reach Jupiter's moons once the technology to reach and set up a base in Mars is ready?