What would a completely terraformed Mars look/behave like? [closed]

A Mars with an atmosphere, oceans, flora and fauna, and capable of sustaining human life? How would such a Mars possibly behave? Knowing that Earth and Mars are quite similar but also have large and various differences in terms of size, satellites, orbit, proximity to the sun, etc?

In part, it would depend on how advanced the technology is, so there's no one answer and a fair bit of opinion.

In my opinion, Mars is a lousy terraform planet because it's too small. People don't like to hear that, but it's my opinion. It has a hard time holding onto it's atmosphere and it would probably lose water fairly quickly It's below the gravity needed to hold onto it's atmospheric water vapor and it might lose some oxygen and nitrogen too for the same reason. I'm not even talking about the solar wind blowing the atmosphere off the planet, but straight forward escape, like how hydrogen and helium escape the Earth's atmosphere into space. 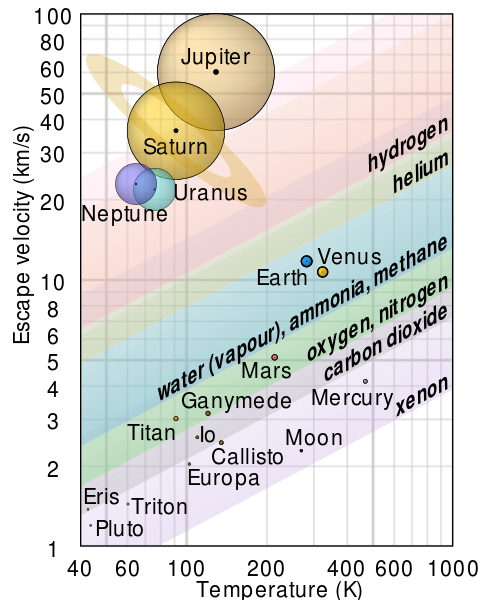 There's 3 ways to deal with atmospheric escape, One is replenishment. A body like Ceres has enough Oxygen, Nitrogen and Water to supply Mars for a very long time, but that's a huge amount of work and energy required.

Another is to build an envelope around the whole planet. Think giant balloon, which could be semi-pressurized so you'd need less atmosphere. Problem, if it springs a leak, and Mars gets hit by hundreds or thousands of meteors every day - well, that approach might cause more work than it saves.

Three, my personal favorite - keep Mars cold. It's cold anyway, so, let it be cold. Forget the rivers, forget the oceans, let it be covered with snow and ice. (you can have underground rivers). That reduces the amount of water vapor in the air significantly. Cold air is very dry, and you hope the planet has enough gravity to hold onto it's O2 and N2 to limit replenishment. (I'm just going off a chart in Wikipedia, so I'm not really sure how fast it would lose atmosphere).

Letting mars be mostly covered with snow would have the benefit of reducing the dust storms - which are no fun at all. Yes, the albedo would make the planet colder, but keep a balance of greenhouse gas heat trapping and albedo reflection, so it's cold enough to stay mostly snow covered, but not necessarily crazy-bonkers cold.

You could have an equatorial ring of tree life, (think pine trees, arctic spruce, cold weather trees). and for food, grow food mostly in greenhouses. Underground rivers could be used to keep the equatorial ring of trees alive. Mars could have a cold weather ecosystem, squires, birds. some predators for balance. What's the point of terraforming if you can't have a real nature.

In the low G, animals would probably grow larger over time. How birds adapt to the low G would be interesting and I'm not sure how to predict. Flight would be easier. Climbing trees would be easier. Trees might grow taller.

We'd want a real atmosphere, probably similar to Earth. Oxygen, Nitrogen, CO2. (but not too much CO2 - as we'd want to keep it snow covered). Argon could be used for filler/density as well. We'd only need about 20% oxygen to breath comfortably, maybe a bit higher percentage if it was lower air pressure, but we'd probably want at least 60%-70% of 1 atm for comfort. An atmosphere that thick would have a pretty good chance of developing it's own ozone layer - which is very important for going outside. Protection from UV rays.

I don't think there's much point to terraforming if you can't take a walk outside and breathe the air. cold isn't a big deal - wear a coat, hat and gloves.

Human cities, we'd probably want centrifuges to keep our bodies adjusted to earth gravity. Spend an hour or two in a centrifuge gym every day and the rest of the time, enjoy the low G. Sports would be interesting. An average person would be able to dunk like MJ.

I don't think Mars would ever be like a "new world", stake a claim on new land and start planting crops. It essentially has no soil. Soil has to be made. It gets about 1/2 the sunlight Earth gets, so even if you had soil, growing crops in low light would be difficult and lower yield. You'd depend on technology. Greenhouses, underground water systems and artificial lighting to grow food. Over the long run you'd need to monitor atmospheric depletion and (perhaps) build an artificial magnetic field, which wouldn't necessarily always need to be on, it could just be turned on for when a coronal mass ejection was headed towards Mars.

That's my 2-cents based on it's low gravity. I'd want a larger planet before I'd have have oceans and rives and rain and all that good stuff.

Beyond that - the sky's the limit with technology. Buildings could be built some 3 times taller than on Earth in the low G. More than a mile high with good construction. It would be possible to jump out of windows on Mars wearing a parachute. (OK, that's possible here too), but the lower gravity and slower descent would make such activity feel a lot safer. Human powered flight would be possible too. Bicycles that lifted you into the air on pedal power alone. Jetpacks - also much easier on Mars. Flying cars. Come to think of it, Mars sounds dangerous.

If you got into a fender-bender on mars, driving around and the person was in good shape, they might be able to lift up and tip over your car with you inside it. Road-rage is a problem here. on Mars, car flipping might be a real thing.

That's all I've got.

Lack of magnetic field and low gravity: The low gravity is going to reduce the muscle and bone strength of people and animals, but probably proportionally to what they need on Mars, so it shouldn't be an issue for "local" life.

Without something really radical like an artificial planetary magnetic field, the atmosphere would probably bleed away over astronomical/geological time scales - just as it did in the early Solar System.

Mars apparently had a much more atmosphere early on, and in fact appears to be currently losing what limited atmosphere it has at about 100 grams per second - https://www.nasa.gov/press-release/nasa-mission-reveals-speed-of-solar-wind-stripping-martian-atmosphere .

However, this isn't terribly relevant on timescales meaningful to human civilization - and if you could terraform it in the first place, you could presumably make up any losses every couple million years, if the Martian civilization lasts that long.

Effects of orbit/Sun distance: To keep the temperature at a level comfortable for humans and non-Arctic/Antarctic Earth life, you'd need more greenhouse gases in the atmosphere. Thankfully, there's plenty of room to increase the CO2 and methane levels from what current Earth has before it gets toxic to humans (recent ISS studies suggest subtle CO2 problems, like increased headaches, happen at lower levels than previously thought - but that's still a few thousand parts per million, whereas current Earth is about 400 ppm and pre-industrial levels were under 300).

There will be less energy for solar power, but in general plants can't efficiently use the full intensity of Earth noon sunlight, so it shouldn't matter much for photosynthesis (maybe you'd lose some in early morning/evening, but plants usually aren't light-limited anyway).

Not the answer you're looking for? Browse other questions tagged terraforming mars or ask your own question.

8
Dead bodies on a partially terraformed planet : Would they rot or dry?
4
If we built a large moon close to Mars, could we make Mars a living world?
5
How would Mars' orbit be affected if it had double its mass?
5
Solutions for sustainable living in reduced gravity environment
4
Terraformed Venus and Mars
14
Inhabiting Mars versus going straight for a Dyson swarm
3
Would this setup of a terraformed moon hold up?