What could make a planet have regular extreme weather?

What could cause the majority of a rocky Earth-like planet to have to have persistent extreme weather at least for part of the year? By extreme weather I mean cyclones, lightning storms, tornadoes, snow storms etc.

To have extreme weather you need to have a lot of available energy to propell the weather itself.

I would say that Venus is a pretty good example of extreme weather: strong winds (400 km/h), snow (not based on water ice), and the greenhouse effect present on the planet is a good way to harvest and store energy from the Sun into the atmosphere.

Hmm, what about an elliptical orbit? If the closest approach to the sun (the narrow parts of the ellipse) brings it close enough to the sun that all surface water goes above 25 degrees Celsius? (A prerequisite for hurricanes and cyclones here on Earth).

This would allow for parts of the year to be 'hurricane season', while other parts would be far more tame by comparison. 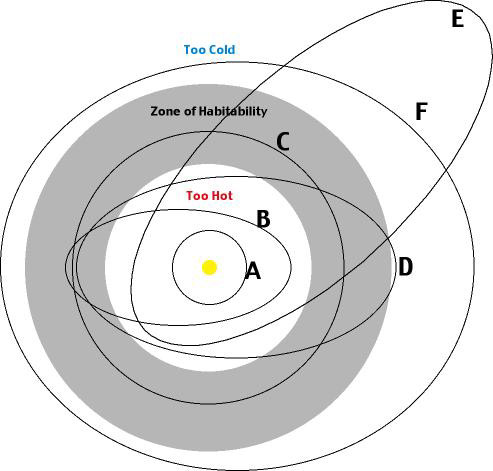 Temperature variations cause pressure volatility and therefore lots of wind. Think of the variations Earth has with seasons due to the tilt of the rotational axis. If the axis tilt can be altered by regular gravity pulls outside of the planet (ex: other planet crossing orbit and coming close), the weather patterns will certainly be less predictable. Also, the slower the rotation, the longer the periods of sunlight exposure/heating and darkness/cooling will take place.

How about tidal locking?

A planet close to a weaker star would not spin on its axis. Rather, it would point the same side at its star. Land on that side would broil. The dark side would freeze. On the middle band (the most habitable area) weather could blow in from either side swinging temperatures enormously. The interactions of these temperature extremes would drive extreme weather. Tornados could be a weekly fact of life.

Similarly, a tidally locked world with a big ocean facing the sun could develop very energetic ocean currents. An enormous and permanent hurricane might exist at the center of the sun-side, spinning off child hurricanes regularly.

On Earth, the largest seasonal variations are usually found at the center of the largest land masses — think Siberia, central Asia or North Dakota. Proximity to large expanses of water tends to even out temperature extremes day to day and season to season.

Imagine a very large, earth-like world with maybe 30% ocean coverage. Land areas equal to the total surface of our Earth would have vast interiors far from large bodies of water. Seasonal temperature variations would be huge as would those of passing weather systems.

Large volcanic eruptions can change global temperature by filling the upper atmosphere with sun-blocking ash. A geologically hyper-active world could experience frequent mega-eruptions and subsequent nuclear winters. The timing of these would not be seasonal, but unpredictable.

A planet turning very quickly on its axis would put a lot of energy into the weather system.

Not the answer you're looking for? Browse other questions tagged weather .

5
Halfday planetary scan: what do you get?
5
How does planet size affect weather?
8
Effects of gravity upon weather?
30
How can glass marbles naturally occur in a desert?
11
Weather with extreme seasons
4
What is the ideal day length for extreme weather?
2
Weather in a desert planet
10
Is a cyberpunk weather planet realistic?