How to tell if a planet with twin suns orbits one or both of them?

Suppose that he sees twin suns in the day sky, close together. By twin suns, I mean they seem to have identical apparent diameters and identical colors, to the best of the traveler's vision. They also appear very close together, so it is easy to compare them and think of them as twin suns.

If the spacetime traveler stays on the planet for a while, how could he/she determine if the planet orbits both suns or orbits one of them with the other sun farther away? How long would that method take?

Assume that the traveler doesn't have an astronomical radar device to directly measure the distance to each sun.

Quite simply, if the planet orbits both stars then they will always appear close together in the sky. If it only orbits one of them, then they will move further apart throughout the year until they are on opposite sides of the planet, before moving back again: 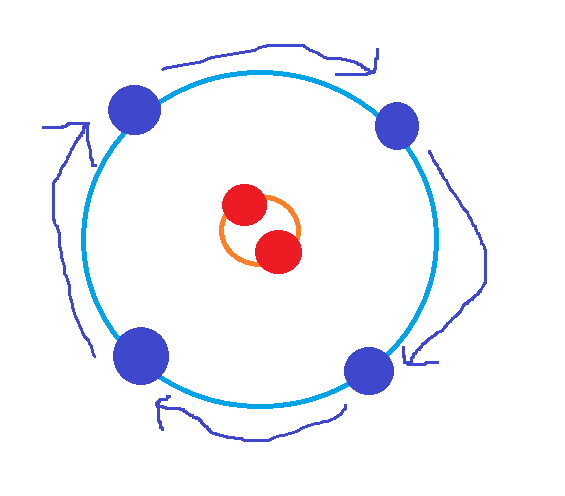 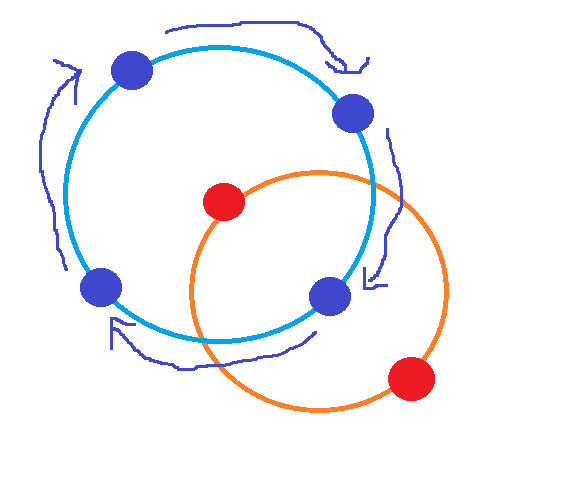 Yes, if both stars are visible and close together... then either one is a distant red giant (is it red?) or both are the roughly same class, a f,g,or k. Or they are both o or b and the planet is much further away. (There's an excellent book, Dole's Habitable Planets for Man - bigger stars like o,b burn out too soon probably don't have time for life to evolve ) Also, to ensure a stable planetary orbit around the outside of the two, the stars would need to be very close. Presumably their mutual orbit would be less than a month, so the change in relative position should be visible over a few days.

Without advanced devices or ability to observe the stars from two points simultaneously to determine parallax, measuring distance to these stars would be difficult. Your traveler may have to stay on a planet for a measurable part of the year to tell whether it orbits one or two stars.

However, it is possible to make direct observation of stars' spectral class and luminosity. This should give general idea about their mass and distance. If, as in your case, two stars are nearly identical, and have nearly identical apparent magnitude, a good bet is that the planet is on a P-type orbit around both of the stars.

18
How would two planets with identical but perpendicular orbits affect each other?
7
Radiation from binary star systems and how that would affect a planet orbiting both stars
2
A planet with a diurnal cycle on only one hemisphere?
6
At What Point Does a World's Twin Planet Disappear, from the Viewer's Perspective?
11
How long would this eclipse last?
29
How could a planet have one hemisphere way warmer than the other without the planet being tidally locked?
5
Under which circumstances could a planet have two visible suns?
0
Is a Habitable Planet With Three Suns and a Moon Realistic?