How to weaponize ball lightning

Who cares? It responds strongly to magnetic fields, lasts longer and is hot enough, that's all we need.

Note:
We don't exactly know how ball lightnings are created, but the most likely theory is:

When lightning strikes the ground, the minerals are broken down into tiny particles of silicon and its compounds with oxygen and carbon. The tiny charged particles link up into chains, which go on to form filamentary networks. These cluster together in a light fluffy ball, which is borne aloft by air currents. There, it hovers as ball lightning, or a burning orb of fluffy silicon emitting the energy absorbed from the lightning in form of heat and light, until the phenomenon burns itself out.

This theory is supported by the direct measurements of a ball lightning.
source

How can I design a railgun to shoot ball lightning?

Based on what I've read a weapon like this would be terrifying.

You fire it once, then it melts.

Let's suppose you manage to make your ball lightning rail gun (BLRG) out of this recently discovered substance, a combination of hafnium, nitrogen and carbon, expected to have a melting point of about 4400 kelvin. Or if that doesn't work, the other material mentioned in that article, whose melting point is 4200 kelvin.

Compare that to a quote in your own Wikipedia link, which shows a lower bound for the temperature of ball lightning at 15000 kelvin:

You propose to toss a mass of plasma at 15000 kelvin down the barrel of a BLRG that melts at no more than 4400 kelvin. Granted, the plasma won't be in contact with BLRG for long, so it probably won't melt completely to nothing. However, I suspect the damage will render this a one-and-done weapon. Unfortunately, I don't think this passes the reality-check test.

Aside from the fact that nobody fully understands how ball lightning is actually formed, you're likely to run into the same issues that impede the development of a regular directed lightning gun. Lightning is extremely unpredictable and nearly impossible to direct unless you have the ability to significantly alter the electric potential of your target, at which point you might as well just use whatever mechanism you are using to alter their electric potential to damage them directly and forego the lightning gun altogether.

If ball lightning responds to magnetic fields, you have the same issue. If it responds to air pressure, that's just as unpredictable - any attempt you used to alter the air pressure of your target would be influenced by the ambient air conditions, creating unpredictable vortices and causing your ball lightning to go careening out of control. If you have enough control over the air pressure in the area to reliably send a ball lighting towards a target, there are much more efficient ways of inflicting damage than shooting ball lighting at them.

You might launch an apparatus out of your railgun that generates your ball lighnting mid-air, that would have the added bonus of the apparatus's kinetic energy plus the terrifying ball of electricity

The SHIVA STAR Project utilizing ultra-high energy capacitors experimented with this and eventually became the top-secret MARAUDER program and ceased reporting results. What you describe is actually a high energy plasma toroid weapon. Once the plasma toroid (ball lightning) impacts something it explodes violently releasing immense heat and a burst of x-rays and to a lesser degree gamma radiation and other electromagnetic effects capable of frying electronics. Its not very effecient in atmosphere though, plasma blooming means you need monumental power levels to project the plasma toroid even a short distance before atmospheric bloom causes the toroid to lose coherency. It would be an excellent space weapon though. Heres a link: https://en.m.wikipedia.org/wiki/MARAUDER

Heres a photo of the capacitor bank they used in SHIVA STAR prior to going top secret: 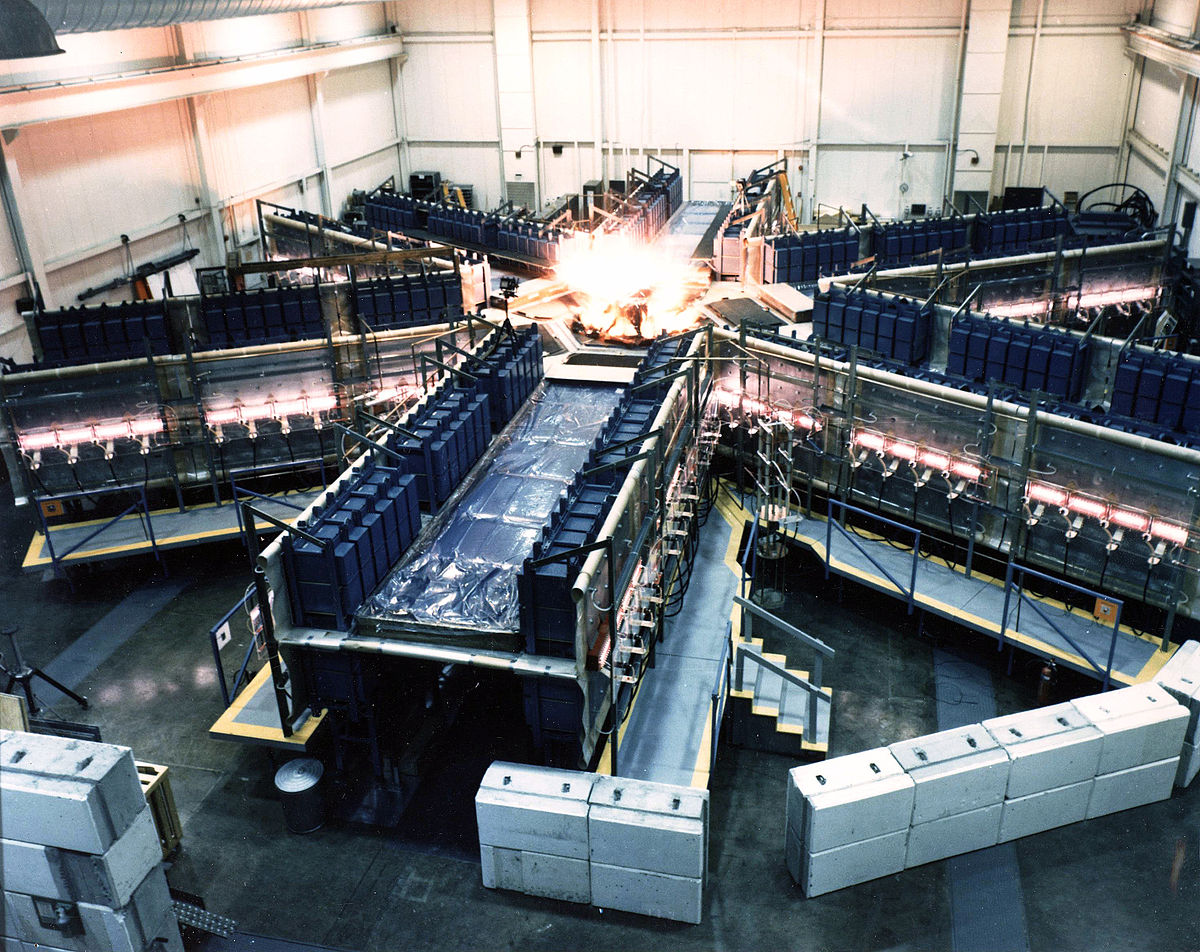 67
Let's weaponize jellyfish
11
Space weaponry?
27
Lightning Rifle
14
Let's Weaponize Frogs
5
Could you weaponize LSD gas?
4
Advantages of Ball bearing projectiles over Bullets?
7
How can I weaponize solar flares?
8
Ball lightning projection as an alternative to plasma weaponry
5
How to weaponize gravitational waves
34
How can you weaponize a thermos?