The universe is erased, two humans wake up in a ship on its way to New Earth, their trip duration Is 100 years. How do they react and do they make it? [closed] 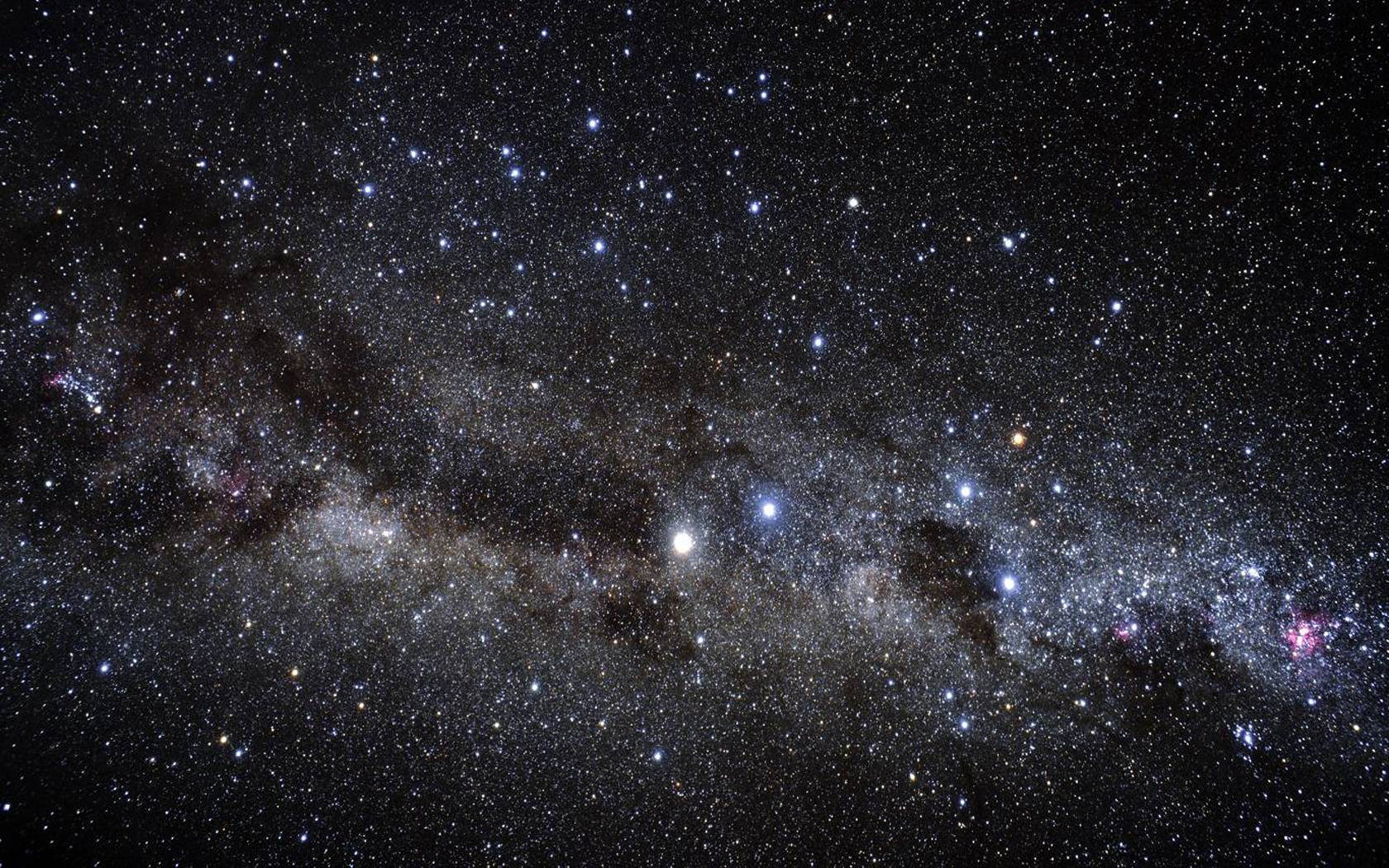 It is an ordinary day, people all over Earth are living their lives like it is any other. The hours and minutes go by, and then in a second everyone is gone. They are erased and it is like they never existed. It isn't only them, the entire universe has been erased with them. The entire universe and everything within it has been destroyed.

Everything and everyone, except for two people.

A man and a woman who went to bed on the final day and then awoke to find themselves in a ship with no idea of what happened or where they are. The last thing they remember is going asleep, now they're in some strange place. They wake in separate rooms, naked. There are some clothes left for them and then soon after, find each other. They speak the same language and come from similar or identical cultures. They are young adults.

The ship is the size of a mansion and inside has a luxurious modern design, it may defy the law of physics. Inside, it is more like a house with futuristic elements. It has living rooms, a library, a swimming pool, a gym, a garden. Absolutely anything you would ever find in the nicest mansion you will find there, it even has a bowling alley and small home theatre. There are three bedrooms, one for the man, one for the woman and a third meant for them if they become a couple. In the 'house' is every single film, series and game ever created, book ever written and song ever composed. There's a browsable archive of the internet available on the PCs. These are artifacts from old Earth, they can be used. The ship has agricultural rooms and a limitless supply of every food. It is cozy and beautiful.

Looking out the windows, it is clear that they are in space. Stars may even be visible if they're in a galaxy. 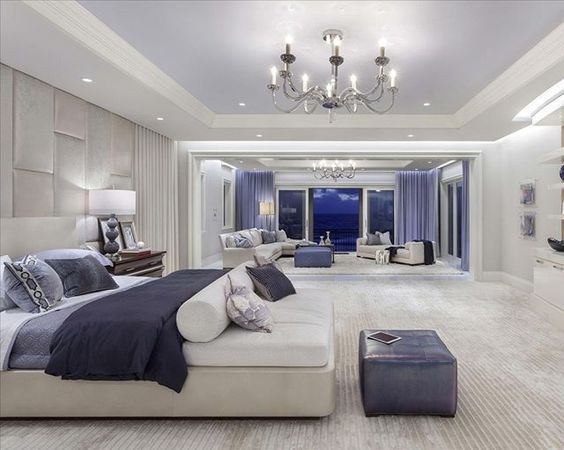 There is a room where a large display is waiting for them, there is a sign noting them to push a button. They may find this room on the first day or later, more likely the first day since it's a mansion that can be explored in a single day. They push a button and a small video starts that explains to them their situation.

There are no other explanations and the video shuts off. There are no answers. It is not clear who made the ship or the video. 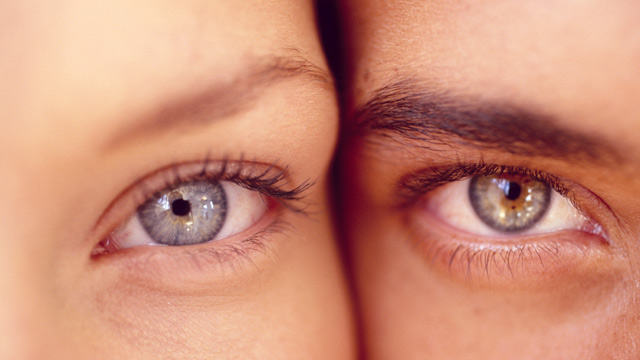 My simple question is this, how do you think most people would react and fare on this journey? Do you think the average person would make it?

Interesting things to ponder include: What if they don't like each other? What if they fall in love? The duration of the journey is 100 years, this coupled with the confined environment and isolation could have extreme psychological effects. How different do you think it could play out if it was longer, shorter? Do you think they will be able to last the entire trip and fulfil their purpose?

notes: The man and woman are modern humans and this happened today.

Narrativium seems to demand that this couple will first deny the facts laid out them in the video. Understandable, of course, as the narrative of the video is so mind-boggling as to be inconceivable to the normal human being.

In time, they come to realise that the video is telling the truth, and they come to accept their reality. They start to hate each other, and amazing amounts of friction begin to develop.

However, given that they are merely resistant to aging and not entirely invulnerable, their lives on an unfamiliar craft must be fraught with some danger - maybe a routine maintenance goes awry and one of them faces mortal peril. Cue a timely rescue operation by the other, and they begin to realise that they need one another after all. Love blossoms.

After falling in love, they come to the mutual conclusion that the ship must never be allowed to reach its destination - as pointed out by @LorenPechtel, the ship's arrival will almost certainly spell their doom. In the many years that have passed, they have come to acknowledge that they are indeed the ultimate star-crossed lovers: they will exist as a pair, alone forever, or not at all.

They begin to try to seize control over the ship, which seems somewhat sentient (able to gently and forcibly eject them), culminating in a moment of hard-fought triumph over the ship's A.I. They have managed to program the ship to drift across the infinite void for all eternity, while they too will remain ageless, immortal, in love...

Alas, their joy is extremely short-lived, as the tragic male hero reveals that he was in fact mortally wounded during their battle with the ship's defense systems, and as he breathes his last looking upon the face of his lover, she realises that she literally cannot live on without him. She tenderly sets his cooling body onto the bed they have shared for what seems like an eternity, then sets the ship to self-destruct (what do you mean it doesn't have such a function?? It's a space ship, hello?).

As the timer begins its count to the true death of the universe, she climbs into bed, together with her lover forever, and a single tear rolls down her cheek even as she smiles.

There's a very big problem here: They almost certainly die not too long after arrival. You are taking two average people and dropping them into wilderness with no skills and little if any tools. It is unlikely they will make it.

To get a better picture of what I'm talking about watch the series Naked And Afraid. Admittedly, the producers picked harsher environments than the average spot on Earth but that is more about suspense than their actual prospects. These were for the most part people quite skilled at primitive survival yet every one of them experienced substantial weight loss over the 3 weeks of the show and many had to tap out.

Season 4 also had a fan episode--two fans (not experts but still likely more knowledgeable than the average person) tried a shortened 14 day test. They fared even worse.

If no special arrangements have been made at arrival the sensible course of action at that point is suicide. They're going to be dead in a couple of months at most anyway and the dying is going to be rather unpleasant.

There's also a decent chance they don't live to the destination, anyway. Two people locked in a building together for 100 years is asking for major cabin fever problems.

Edit: One more problem comes to mind: You very well might not have a third generation. You removed the genetic reasons against incest, you did not remove the biological anti-incest programming. The only available mates for the second generation are their own siblings--and most people will not see such siblings as sexually desirable. Encouragement to have sex isn't enough--socially approved marriages between those who grew up together usually don't produce children.

If they have a Steam catalogue as large as mine (and can still log in), they might make it.

Otherwise they'll likely get severely depressed due to there being nothing to do, and just sleep all day - losing strength until they are too weak to carry out the ship maintenance.

Hopefully whoever installed the couple on the spaceship had them matched for long-term psychological, intellectual and emotional compatibility. Otherwise if they have nothing to do except copulate or do maintenance of the spaceship's systems, they are going to get on each other's nerves big time. This might not end well.

Any rational agent setting up a Genesis restart mission would populate the spaceship with many more potential couples. This makes the genetic diversity problem a lot easier to manage. It also means that there are more people to settle New Earth and reduces the risks. With one man and one woman, it only takes one death or one serious accident to ruin the entire plan. If the spaceship is effectively a large mansion, then there should be enough for several hundred persons to restart life in the new universe.

You need a wide range of skills and cultural diversity to populate a planet. Actually you wouldn't choose young adults from a Western society, you would choose persons from societies where survival skills are a priority. For example, Inuit or Papua New Guinean cultures would have much better survival skills than almost any Eurocentric society.

This scenario plays out beautifully as a romantic schmaltzy comedy. Two mismatched people of the opposite sex together working everything out, then they have to make the spaceship swerve to miss that black hole, and it's all hearts and flowers in the end. In the real world, the grim realities of psychology and human nature play out so things may not be so sweet. However, people have a bad habit of just making things work without too much drama. Sometimes people just get on with it. End of story. Look at societies where arranged marriages are the norm. Many of them work surprisingly well.

Not the answer you're looking for? Browse other questions tagged humans space-travel psychology isolation or ask your own question.

21
Motivations for interstellar colonizations
15
Energy source for a generation ship
9
How would humans and society react to a superhero existing and saving the earth?
3
Long-term effects of leaving everything you know - the aging issue
9
The Colonist - Part II: Landing
43
Electricity free spaceship