Welcome to this fun little series, that will explore all the classic sci-fi tropes and attempts to turn them into reality with the ALMIGHTY POWER OF SCIENCE! 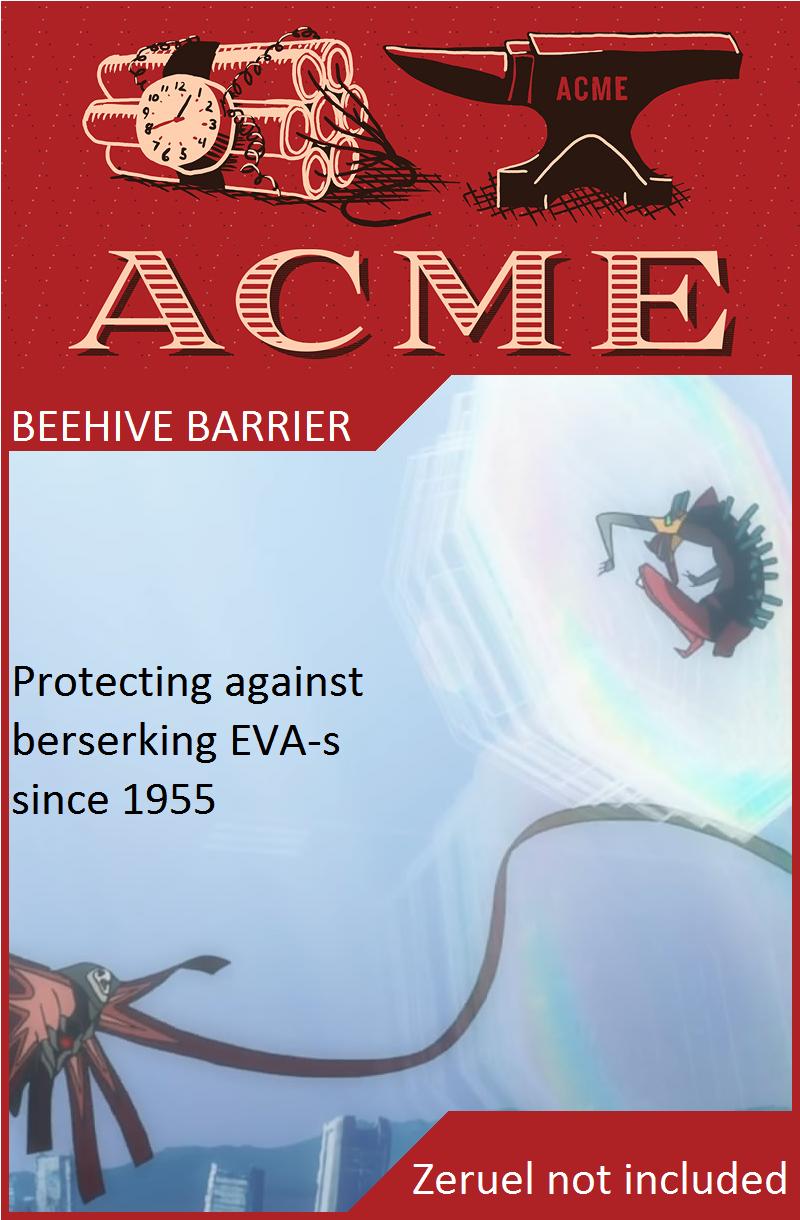 What do we know?

Force fields are a common trope in sci-fi, from Star Trek to Star Wars, just around everywhere. We ging to have a hard time, finding out their exact properties as they vary by franchises, however, what seems to be general in their attributes are:

I think it's enough, now let's work out things from here.

An angle gundam angel using it's AuTism Field. (source: Rebuild of Evangelion 1.0: You are (not) Alone)

This solution is the combination of various answers from all across Worldbuilding StackExchange.

Kinetic energy. It's f@@cking hard to protect against it, but why? 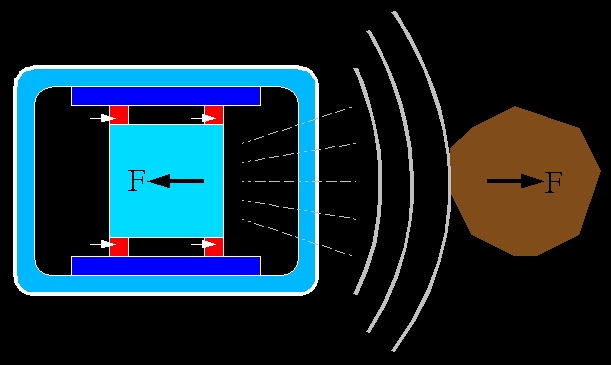 A physical law, delivered to you by Newton himself:

Ouch. That means, that no matter what, without deceleration nor distribution of force, you gonna feel that rock hitting you. But there is a way to dampen it.

With that being said, what's our plan?

The plan is to overkill (over decelerate) the projectile. We can earn this by using the answer JDlugosz, and using out the flux pinning to pin these layers to the user's suit: 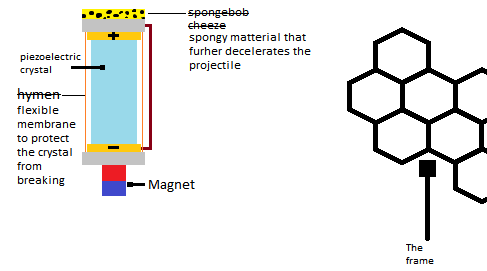 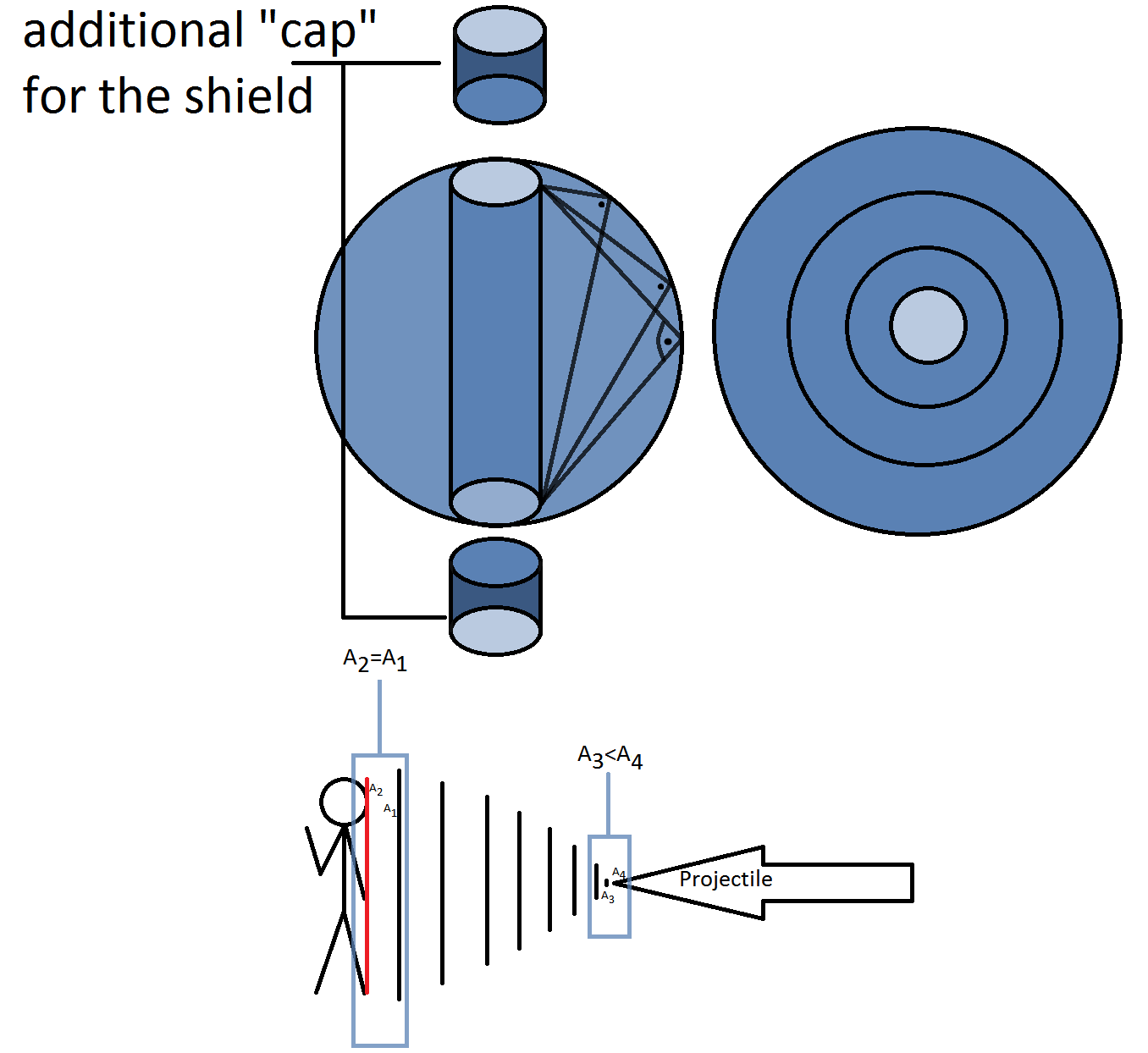 As you can see, the proposed shield:

The shield also could just simply use laser and thermal shock to break apart it's target to manageable pieces, then decelerate those.

What about the other damage types?

Now, I want to ask you few things:

Could this work, if not then why?

If you want you can make improvements for this shield concept.

And remember: I want this series to be used by pretty much anyone, like a base full of working and fledged out shield concepts.

Deactivating the shield seems a bit tricky, but here is a possible solution:

If we would cover the conductors with something that insulates it from magnetic fields and can be retracted, when switching to defense mode, then we could ensure, that the user wouldn't be slowed down when changing the position of the conductors and magnets. The other thing would be making the framework loose and flexible and what's more important, movable to other points (with having "joints", that can break when overstressed without shattering and can be detached, and moved to a location, where it's not in the way) so then we can squeeze our shield when doing things, also it would be possible to lower our defenses in order to pull a lever, attack etc...

Force fields can be achieved through a combination of multiple systems targeting a specific type of threat. As none of the following layers are connected directly to host/ship they do not necessarily experience any ill effects Newtons 2nd Law. Even in the most harsh situations they just have to move with shields.

A secondary layer underneath contains millions of curved laser beams, producing a high-energy web that captures projectiles fast or powerful enough to bypass the plasma window.

A third layer consists of a "lattice" made from trillions of carbon nano tubes. These microscopic structures are woven together in an instant, forming a diamond-hard shell repelling objects missed by the other two layers. If necessary, this can be extended to cover a larger perimeter, at the cost of decreased strength. Conversely, it can be reduced in size to provide an even denser and more durable barrier. You can propagate the force around the host if necessary, without any disturbance to them.

The layers described above can protect against the majority of bullets, bombs and projectiles. However, they are almost useless against lasers. A fourth and final layer takes care of this problem. This uses photochromatic particles, which change their properties when exposed to laser light, effectively neutralizing most directed-energy weapons. Similar to sunglasses that changed color when exposed to sunlight.

Photonic Matter - It is possible to take photons (light), which are massless, and bind them together so they behave as if they have mass.
It may even be possible to arrange the photonic molecules in such a way within the medium that they form larger three-dimensional structures (similar to crystals).
If science was able to produce this at high enough densities, it may be possible to use it to slow/deflect other forms of matter.

Dark Matter - The name refers to the fact that it does not emit or interact with electromagnetic radiation, such as light, and is thus invisible to the entire electromagnetic spectrum. Although dark matter has not been directly observed, its existence and properties are inferred from its gravitational effects such as the motions of visible matter, gravitational lensing, as well as its influence on the universe's large-scale structure.
One theoretical source of dark matter are Strongly Interacting Massive Particles (SIMPs). If they actually exist, and if they could be produced artificially through super advanced science, then making a shield that can absorb kinetic energy could be possible.
As Dark matter does not interact with EM radiation in any way, this would be somewhat useless against lasers, unless the gravitational effects were enough to cause diffusion through lensing.

Utility Fog - Microscopic nano manufactured machines with arms that can extend out and link with each other in order to form structures. When needed they can lock together to form a solid barrier and absorb kinetic energy.

Not the answer you're looking for? Browse other questions tagged science-based reality-check technology science-fiction .

4
A bit more effective force field
1
Cooling the superconductors in my personal utility fog
5
Applications of Electromagnetism in "Force Fields"
6
Lightsaber + Pogostick: How would deceleration work on an extendable "arm" of pure handwavium-energy?
5
What weapon types would be most prominent in my gunless sci-fi world?