What would a hand-powered medieval computer need to be feasible?

To clarify, I'm not talking about electronic computation. Instead, the question is as to what barriers would prevent a medieval society from building something in the vein of a Jacquard Loom, or Analytical Engine style system to a massive scale? This intuitively feels out of the range of possibility of me, but can't quite concretely figure out why.

Edit, a note on utility:
While it might be trivial to create a tiny system that technically qualifies as turing complete, I'm more interested in something that could run complex algorithms (like A* search, tax computation, resource allocation systems, cryptography, even basic ML) to lend superhuman power to the administration of your nation-state, or theocracy, or totalitarian premodern empire.

Machine like this Pascals Calculator (circa 1652) can be easy used for calculating taxes. 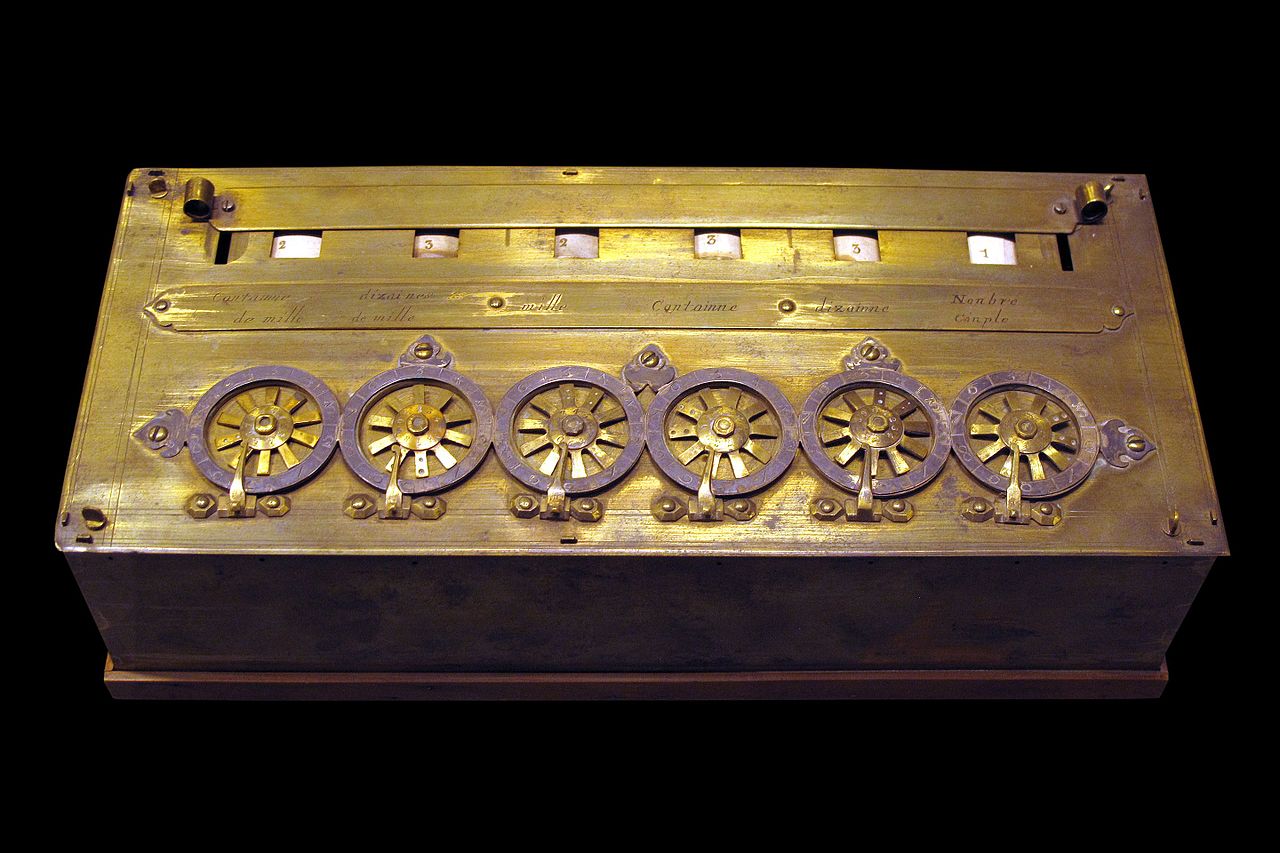 With medieval level of technology making small and precise gear wheels can be quite hard, so probably gears was little bigger that in Pascal's machine - like gear wheels from Salisbury Cathedral Clock circa 1386 year: 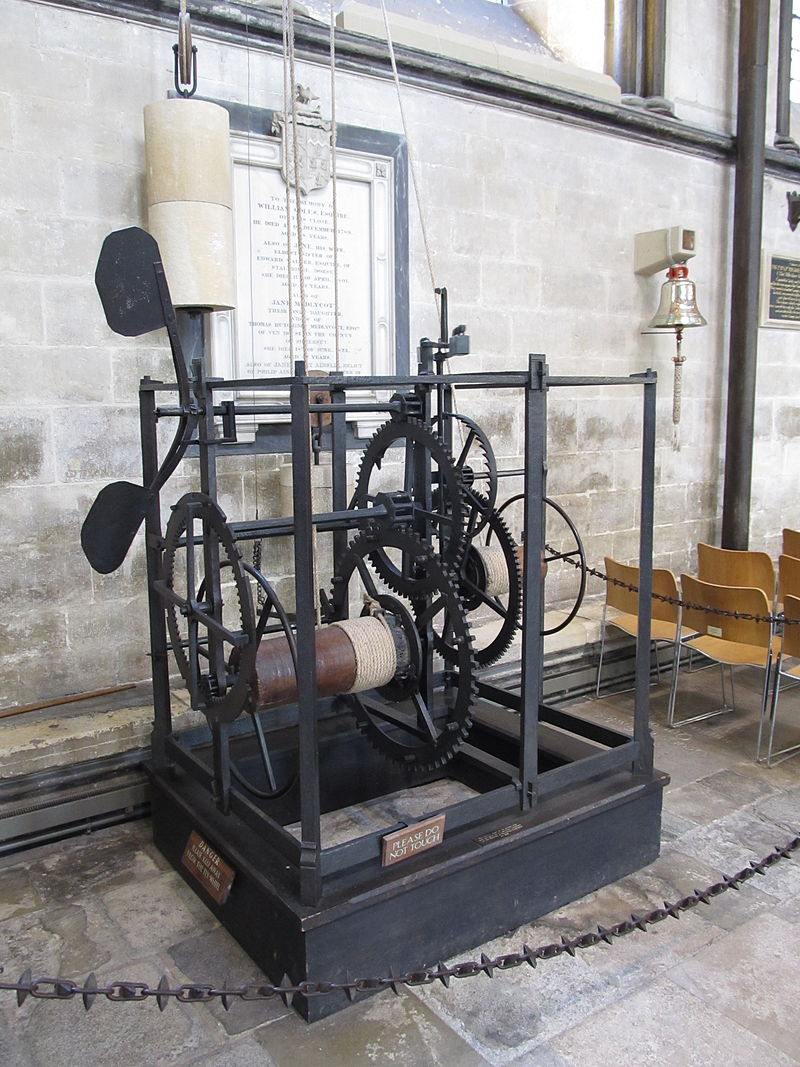 There is a text about this clocks.

If me take about 10 clocks mechanisms like this, we can make something close to Pascal's calculator (but with few peasants/slaves used for motivation of device).

Other possible usage of such machines can be processing statistics - see tabulating machine.

In general, i think even castle sized Thinking Machine had maximum all the computing power of 1980 years calculator.

UPD1 : there is an other solution to make Thinking Machine with medieval level tech. You just need to gather few dozens of people who can write, read and count using pen and paper and abacuses - and made a human computer from them.

I'll try to find a link, but as far as i remember my historical classes, in Medieval Russia monks in monasteries were ordered record when anybody was born, record marriages, and record deaths of people in surrounding settlements. This was used to gather statistics for Tzar's for strategical planning and deduct where paying taxes were not carefull.

So, the medieval monastery can be easiy used as Monk Powered Thinking Machine.

Just provide them with food, parchment, pencils, and of course, data and algorithm to process it.

UPD2: other uses of Medieval Thinking Machine (both mechanical or monk powered) is cryptography - for example, they can use something like Vigenère cipher or Caesar cipher. So, they can create/read encrypted messages to/from vassals, even decrypt messages of rivals. To use Ceasar or Vigenère ciphers, you just need pen and paper and you can produce really hard to encrypt messages.

Define computer. An abacus helps you compute, and this device has been around since 2,700 BC.

With just a bit of mechanical engineering knowledge you can build something more sophisticated. The Antikythera device was a machine based on cogs and levers that could the position of planets and the Moon and predict eclipses, as well as tracking other interesting astronomical stuff. The date in which it was built is still up to debate but all historians and scientists that researched it agree that it is from the BC era, between 205 to 87 BC approximately. Some nerd gods decoded how the cogs connected and made a functional, LEGO equivalent device a few years back; it's a treat to the eyes and mind to see. Here is a video of it, and below is a picture: 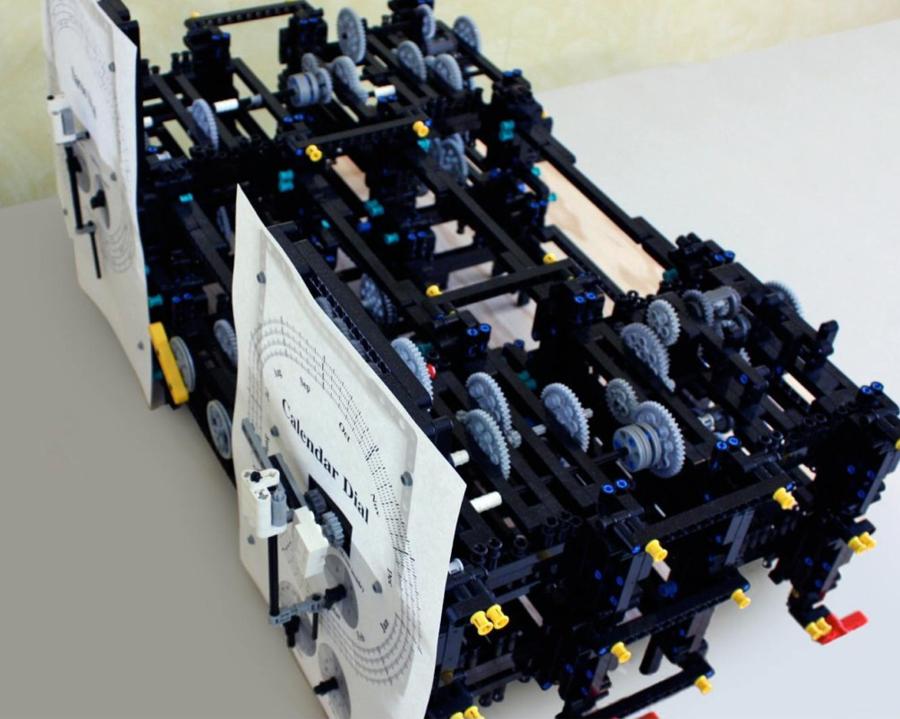 The only thing keeping medieval western societies from replicating this feat is the phobia of reason typical of the middle ages. Other societies had their own mechanical computers; Persians developed a mechanical, geared astrolabe in the 13th century.

A need for inventing "A* search algorithm". First you need the basic equation on which people would invent machine to calculate it faster/better.

You can't introduce a solution before even the problem is discovered (ok, you can but that's called low-level corporationism).
So for such machine to exist you would need math on level that allows to create and solve complex algorithm.

The value of modern computers is in processing huge amounts of data. However, medieval tech would be unlikely to mass produce "machine readable " data such as reams of census data for cross tabulation. What such calculators were good for would be to create technical data- trig and log tables to 4 or 6 digits, let's say.

First, read Stirling's The Difference Engine, steampunk for Babbage age computers. Look at the tech that did emerge... IBM punch cards were originally data storage for the US census at the turn of the century. I have a Curta calculator my dad bought in 1957 - a 12 digit hand cranked calculator the size of a pop can.

The issue may be precision tech, but it is also regarding demand. Fine gears were a side effect of the clock, then the watch industry' but who needed a clock more accurate than the hour in the dark ages? It's all about demand. When everyone important started using clocks and scheduling things to the minute, the industry learned to mass produce. But precise clocks originally were needed mainly to determine longitude - what time GMT did the sun rise where you were? That need arose when ships started sailing outside familiar smaller seas, out into the Atlantic and further.

So what would drive your society to want to make calculators? So much so, that someone would spend a small fortune on proof of concept? (Read Clarke's Nine Billion Names of God ) Perhaps in that vein, the church needs it to enumerate primes because they think that each prime number is a holy manifestation? Maybe they use it to calculate celestial events?

After all, skilled craftsmen don't come cheap and the thing with medieval times, especial in Europe, is that the various states were small and relatively poor, not to mention lacking the critical mass collection of educated types to design and build such a thing. Plus, there's the holdover Greek / Roman concept that scholars didn't soil their hands with manual labor like mechanical assembly.

The notion of algorithm, as we know today, is from the 20th century, borne from a body of previous mathematical research. Middle age scholars would never think about an algorithm for finding a shortest path.

For actual computing, the best bet would be human computers: people with quills, paper, and abacus, working in parallel, under the supervision of a mathematician.

Opening: "what barriers would prevent a medieval society from building something in the vein of a Jacquard Loom, or Analytical Engine style system to a massive scale?"

The two examples would have no purpose in medieval times

Jacquard Loom invented his textile machine, to be able to weave complicated decorative designs in large quantities. This was a result of fashion habits in the 17th century. In the 15th century, textiles were painted in one color and sold to the customer.

When Babbage invented his general purpose computer in the 19th century, his work was based on theoretical mathematics developed by Ada Lovelace. They worked together. In medieval times, there was no scientific method.. the mathematics known at the time mainly involved calculus.. so there was no incentive for building an Analytical Machine in medieval times. Same problem Babbage himself experienced ! his machine was never built.

Ok so there was no medieval computer ?

There certainly were.. for example the astronomical clock shown above by vodolaz95 could be regarded as a single algorithm computer.. even overly complicated, because it did not use a solar-centric system.

The medieval world could have used computers to help e.g. convert different coinage values.. but if you look at the actual practice of coin weighing, it focussed on weighing the amount of silver or gold, and multiply that with some fixed day price. This calculation is performed in the same way every time and does not require division, like percentages do. So it was done manually.

A more complex medieval algorithm did exist, which involved the calculation of the date of Easter. That algorithm originated from the papal court, the Vatican decided it. Priests had an arithmetic ruler to calculate the proper date. Let's add a picture, 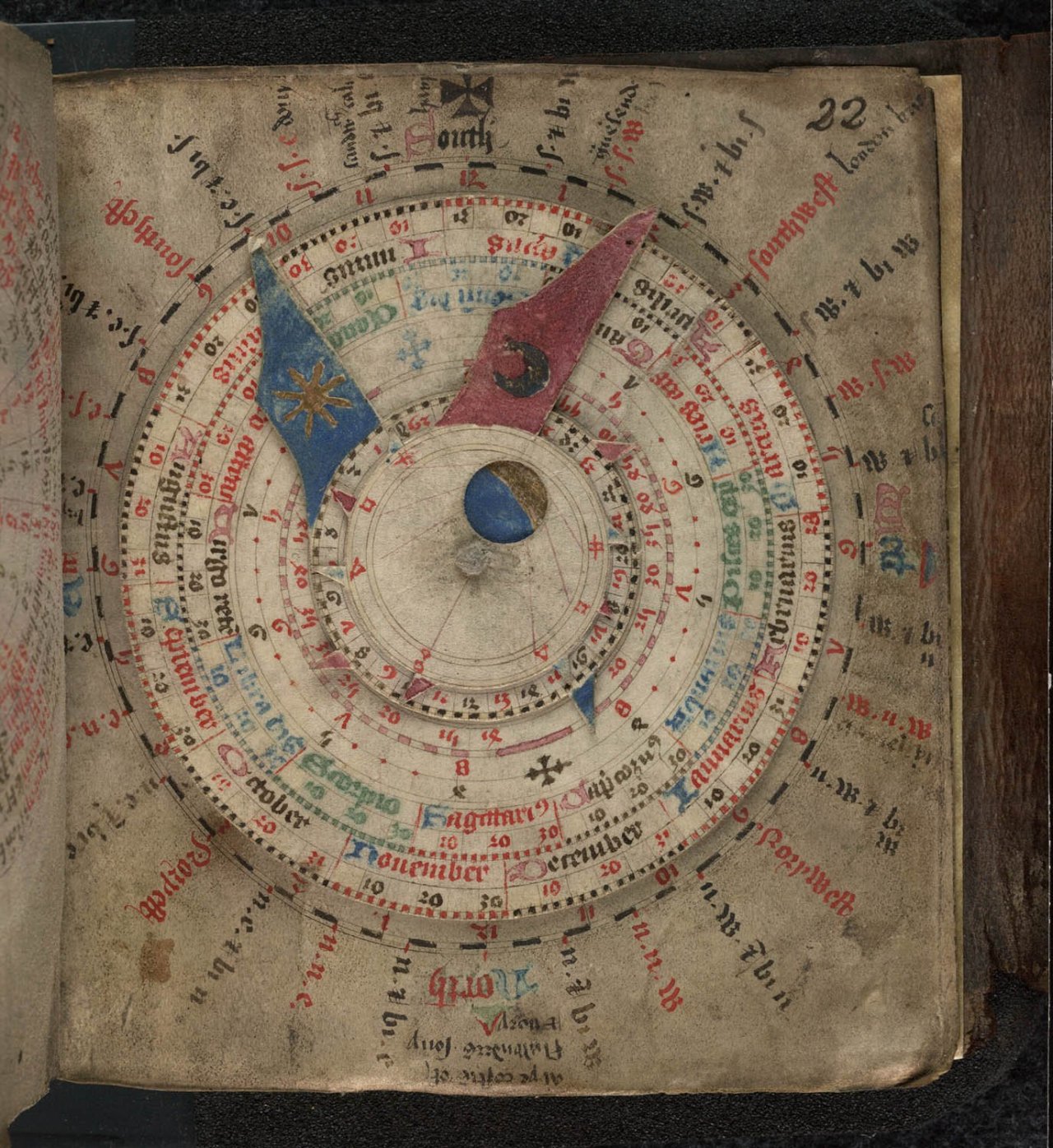 Not the answer you're looking for? Browse other questions tagged technology medieval computers logic or ask your own question.

6
What would the world be like if computer software did not have any "undo" feature?
6
What planetary conditions would make computer and complex electronics useless, or at least difficult to maintain?
64
What would happen if an alien race gave us a computer capable of 2^256 calculations per second?
4
What fields of computer science would change in a world with mechanical computers?
46
What professions would a medieval village with a population of 100 need?