A world without permanent water on the surface?

I'm building a small, naturally inhabited world where usable water is scarce or difficult to access. Is it possible to have a planet with groundwater, ice caps, temporary rivers and lakes, seasonal rains and fog, but no permanent oceans? If so, where might clouds etc come from? Could there be evaporation from shallow, temporary or constantly moving water bodies? Or could significant amounts of moisture be released into the atmosphere directly from the ground, say in steam vents?

TLDR: Have an ocean at the equator to start with, then use a catastrophic event to move your orbit slightly closer to the host star. As a result your planet could be too hot at the equator for liquid water but too high at the poles so all the water runs in rivers from the poles to the equator where it evaporates again.

Naturally this answer is all based on our one and only researchable planet that supported life. Perhaps there are many other ways for life to evolve and a dry surface suits some types too. However on earth the oceans have been pretty pivotal for many reasons but mainly focusing on the process of mixing chemicals - early life wouldn't have had to search for it's food but instead be living in a constantly mixing solution of it.

So all our models suggest that the oceans are pivotal in the origin of life, however this isn't to say your oceans still need to be around. Once life has evolved to walk on land we could have some celestial disaster, one of the outer planets in your solar system moving inwards (possibly as outlined in answers to this question. If the orbit was disrupted so your planet now lay closer to the sun you could find it too hot at the equator to support liquid water but the poles may be just about cool enough.

If your equator was at sea level originally and the poles were not the water which rains down on the poles would run in rivers headed towards the equator, then boil off as they reached it.

This would provide the necessary water cycle but without allowing large bodies of standing water.

However we do have the problem of keeping your life alive. The disaster would be a mass extinction event resulting in:

Many moons are theorized to have vast, underground oceans. If you want water to be scarce on the surface, but you need a supply regardless, keep the water in big caverns below the surface.

Cryovolcanic activity - eruptions of water from geysers or "volcanos" - can provide temporary rivers, lakes, and ponds, before the water trickles back down. 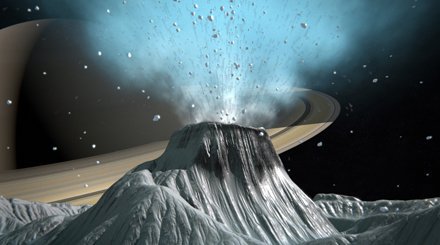 The world is tidally locked, with mountains at the middle

Life can live in the habitable zone in a vast mountain range, kind of like the one on Iapetus - that will prevent large oceans from forming. 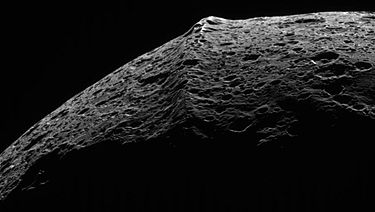 This cycle changes the orbit of the planet over thousands of years. It can cause changes in the world's climate, causing warming - if the water is frozen - or cooling - if the world is too hot.

I'm not an expert, but it seems reasonable for the planet to have a shorter cycle - allowing some water to flow, but preventing the formation of a longterm ocean.

Not the answer you're looking for? Browse other questions tagged science-based reality-check environment climate .

23
What major event could disrupt planet Earth's orbit around the Sun?

24
What effect would liquid sulfur oceans, sulfur dioxide in the atmosphere have on visibility, sound propagation and other environmental information?
6
Geography and Appearance of an nitrogen/ammonia planet
4
Preparing human colonists for a desert planet with a red giant
16
How could an Earth-like planet develop huge pinkish-purple forests on ocean surfaces?
3
Decomposers produce acid and depend on (liquid) water to perform their function. Is this world coherent?
6
Converting deserts into more hospitable places by inducing rain through the ocean?
2
Is This Realistic Physical Geography for my World?
3
Planet enabling societies evolving separately and suddenly comming into contact
6
How can we survive if the ocean started draining?