If We Push Super-Saturn to the Distance of Neptune 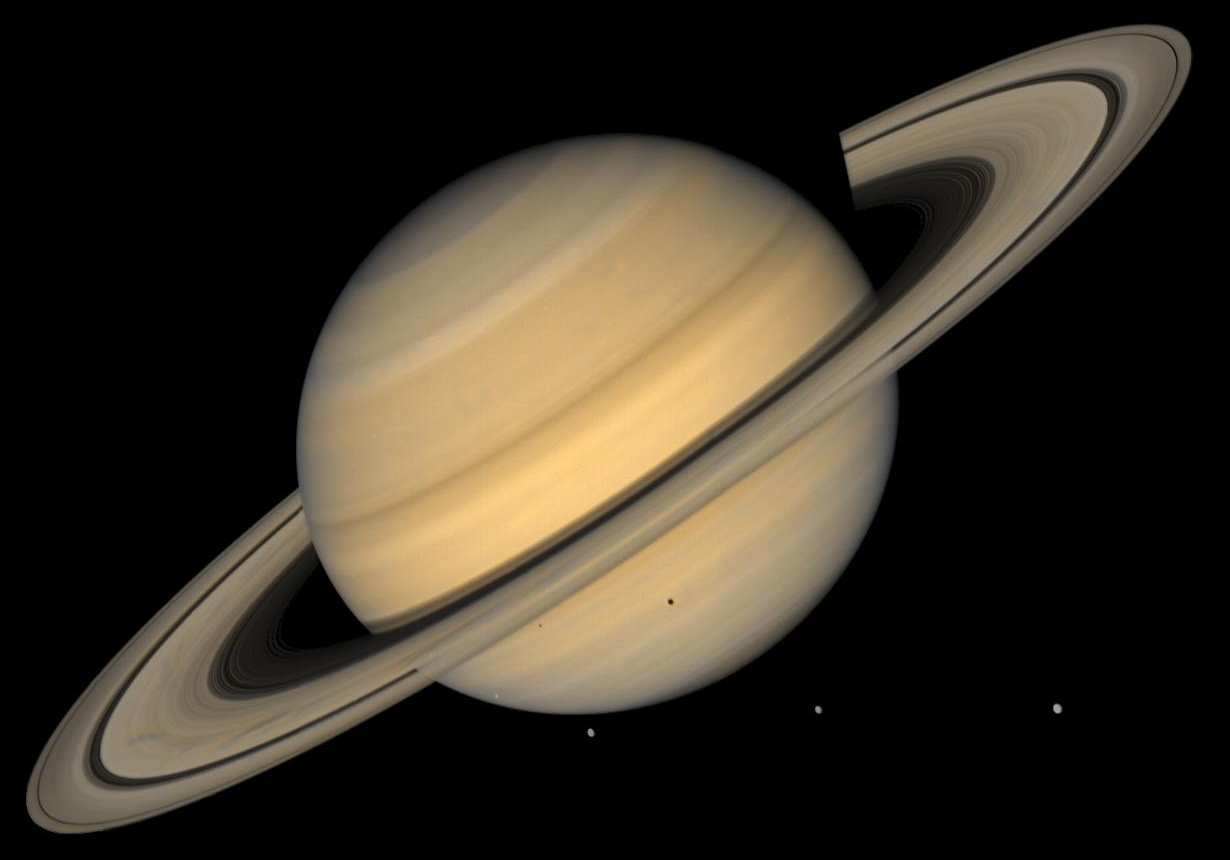 A large, visible set of rings is the most conspicuous element that sets Saturn apart from the other planets. The whole system is 175,000 miles (280,000 km) wide but only two-thirds of a mile thick.

Now multiply that number by 200. 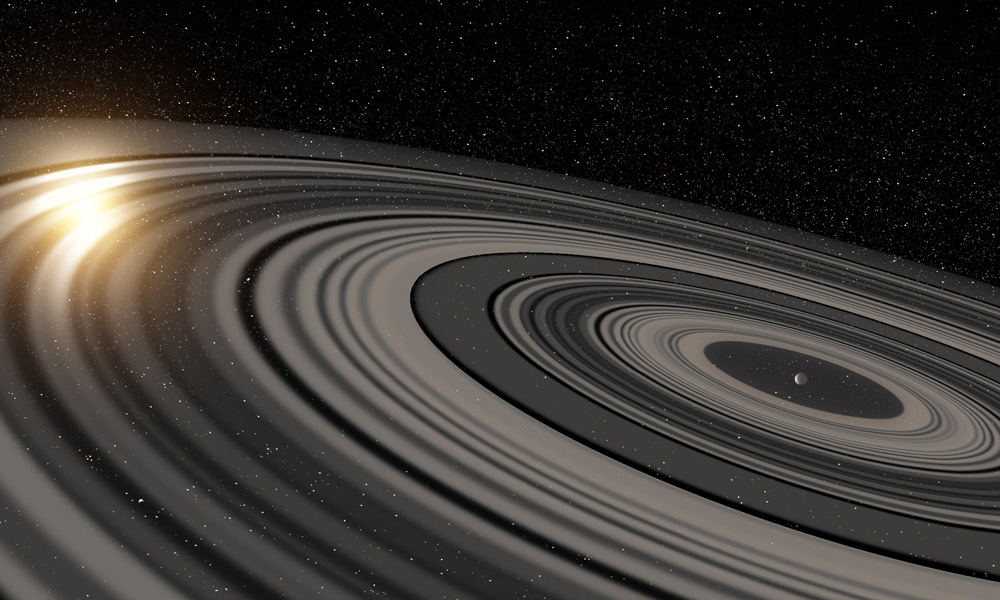 No one knows how or why such a large system exists. Some say that this planet is far younger than Saturn and therefore is a reflection of Saturn's childhood. Whatever the case, if Saturn's rings were just as extensive, then the sky on Earth would have looked like this:

This bugs me personally because, at 888.2 million miles (1.43 billion km) from the sun, the rings would still be visible enough to interfere with cultural customs. Zeus would no longer be King of the Greeks. The Jewish, Christian and Muslim faiths would have taken a more radical direction. Ra would have had a neighborhood bully in his birth, death and rebirth journey from dawn to dusk. The Norse would have viewed this as an always-open gateway to another of the nine realms. In short, to have Saturn's rings as large as J1407b's would complicate the cultural aspect of worldbuilding, perhaps to the extent of justifying the "Ancient Aliens" Space Bats.

So let's push this Super Saturn a little farther out--say, the distance of Neptune, 2.795 billion miles (4.5 billion km). Would this still make Super Saturn's rings visible, or would they be as small in Earth's night sky as any other star?

The planet's ring system extends 0.6 AU.
Neptune is about 30 AU away from Earth, give or take a couple AU, meaning we see the edge of the ring about 29.4 AU away.

The unaided human eye - especially while culture develops, before the invention of glasses - has a hard time seeing Uranus, at about 19 AU, so the planet itself is not visible.

However, the ring system has a diameter of 1.2 AU, which is greater than the distance between the Earth and the Sun!
I won't do the math to figure out exactly how large the rings appear, but 1.2 AU is about 3644 times the diameter of Neptune. That's visible...

... depending on the rings' inclination! If they are perfectly horizontal relative to Earth, we will just see a cross-section, which is not visible. Depending on how you choose to tilt them, you can put the planet pretty much anywhere beyond Uranus and hide it from view.

Saturn where it is now:

We didn't see the rings of Saturn until Galileo (1610) and they weren't observed to be rings until Huygens (1655). The fact is the size and albedo (how bright something appears) of the gassy planet vs the thin layer of rocky dust means the planet will always appear much brighter.

Increasing the ring size by 200 would only make the rings appear to extend to about twice the size of the moon in the night sky. Not quite the extent of what you see in your picture but still sizeable....however we still wouldn't be able to discern them with the naked eye. (With the possible exception of seeing their shadow cast onto Saturn's surface).

The important thing to note is how thin the rings are and the density of the material in the rings. To make a comparison, the asteroid belt is much closer but we cannot see that for similar reasons - there just isn't enough of it to get in the way.

Moving it out to Neptune's orbit:

The brightness of even the planet would pale to the point where observing it with the naked eye was impossible.

If you give us an idea of what it is you want to see in your story perhaps we can suggest changes to the system (denser rings if you do want them visible, for example).

Not the answer you're looking for? Browse other questions tagged science-based reality-check planets solar-system or ask your own question.

17
What would push a civilization to terraform a planet considering the complexity of this process?
10
Could a Neptune like Gas Giant support life?
2
Why build a datacenter with an awsome view?
5
Planes in Saturn
21
What are the main problems with beaming light from the Sun to Saturn?
0
In The Event One Wants a Gas Titan in His Worldbuilding Story
2
Reality Check - Collision of a Moon prevented by turning it into a ring
9
How can I tell what my ringed planet will look like from the surface?
8
Distance between star systems