What kinds of internship in a power plant would allow the intern access to the control room without requiring a STEM background?

In an early chapter in my book, I want to explain some of the inner workings of an experimental power plant to the reader. However, I also want to get a certain object (a smart coffee pot) in the control room of the power plant to get the plot going.

My thought is to have an intern carry the coffee pot to the control room while the 2 people who know how the plant works explain this to the intern, and by extension to the reader. However, I'm concerned that anyone who got an internship at a power plant would already have a good idea of how the plant works.

What internships in a power plant could reasonably exist that would allow an intern with no knowledge about how the power plant works to bring a coffee pot to the control room?

It’s highly unlikely that any such internship position would exist.

Power plants don’t skimp on security or safety. The employees that work at them are trained professionals who have often undergone background checks. This is generally not an environment suitable for interns (whether they’re educated in STEM fields or not) and the control room would be one of the most sensitive areas.

Consider, for instance, a nuclear power plant. According to this Nuclear Energy Institute document the control room is located in what is considered the “vital area”, which has the highest level of security at the plant. Given that amount of security, particularly considering the major government concern over breaches at nuclear facilities, an average intern would not be allowed anywhere near the control room. It also seems highly questionable that a coffee pot full of spillable hot liquid would be allowed into the control room at all — it would almost certainly be kept in a break area outside of the vital zone.

Non-nuclear power plants are unlikely to have security protocols that stringent, but a new “experimental” power plant, depending on how it’s actually generating power, may very well be at the higher end of the security spectrum.

If you’re choosing to ditch the realism then the internship position really doesn’t matter — interns are often put to menial tasks (though less commonly in engineering) like fetching coffee and doughnuts.

How about the amazingly hot intern who is given a position for which (s)he has no qualifications except that (s)he is jawdroppingly good looking. A hoped-for sleeping-with is the motivation of the person in charge who grants internship, and this is the same motivation of the engineer who understands this person will probably not understand, but nevertheless is explaining things en route to the control room. The other engineer is of the wrong inclination (or no inclination) as regards a hoped-for sleeping-with the intern and sees exactly what is going on. This grumpy one can leaven the explanation with snarky bitter comments.

High SF is well served by the stock characters. It saves the writer a lot of time.

Could it be, for example, "summer help?" Many businesses will hire college kids to do routine maintenance tasks like paint, move furniture, etc.

Or the ever-popular "boss' child" who has no particular qualifications other than nepotism. This person might work in any department, really.

And many companies send all new-hires on a plant tour, to explain what goes on, where different things are done, and how the business makes the money. My day-job is Information Technology. Therefore, I always learn things on those tours, since I have no training in the day-to-day work my employers perform.

Reason: They would need to get to know the place they're working at

Why would you need a reason to have a new employee/intern get an explanation of whatever they're going to be working with as a part of a team?

You already state that the technology they're going to have explained to them is of experimental nature. Thus it is highly unlikely that they would already have a good idea of how it works (as you put it).

It all depends on the type of power plant. If you're talking about a nuclear plant, then Avernium is probably right. We guard those too heavily for that job to exist. Any intern in such an environment would have a lot of experience.

Other plants, however, may not be so difficult. I've taken a tour of my local power plant. The cube farm where the "normal" workers work and the offices where the "management" work is in the very same room as where the "operators" do their magic. Walking to the operators there is a trivial task. (Heck, as a tour guest, we even got to chat with the operators while they worked... though they had this strange tendency to keep looking at their screens while they talked to us)

A law firm intern is sent to control room of power plant to do interviews of employees in connection with an employment related lawsuit (maybe harassment, maybe worker's compensation), but the employees are not allowed to leave their posts, so the intern comes to them.

A law enforcement intern is sent to to control room of the power plant as part of a group of law enforcement officers responding to a fake employee going crazy and attacking people call.

A photography intern is sent as part of a PR campaign for the plant to take pictures of the control room.

A Congressman's intern is sent to do advance work for a speech or dog and pony show for the member of Congress.

Why not the cleaner? Why does it have to be an intern? I could simply be that a well-meaning cleaner happens to be on somewhat friendly terms with someone that works the theory behind it. They could see that this person is under stress, and offers a listening ear and some freshly brewed coffee.

You could even throw in an Einstein quote, given he was quite close to someone with a mental disability, though I forget of which nature. 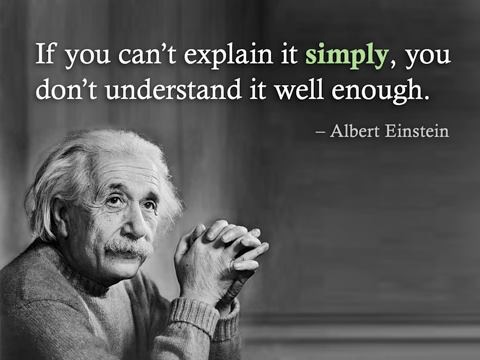 17
How do I present a radically different society without making it a utopia or dystopia?
26
How would relatively cheap and abundant (but not free or limitless) electrical energy at an up-front cost impact society?
3
Realistic perspective on "shadow/void/darkness" powers?
14
What are the minimal questions I need to answer for Muslims and Vikings to have discovered America?
5
Preventing a Suggestibility Drug from taking over the Story?
18
Is a coral-based planet possible?
4
Unpredictable reactors which like to explode by default
4
What type of infrastructure would be needed for an upside down city in a cave with a giant freshwater lake need if the the trade is a school/college?
5
The Emperor's Coffee House - how to build a neolithic steam engine?