Bioengineered underground Arco based loosely on… a wart?

I need an semi-organic structure large enough to fit a dense kasbah village on top, that protrudes from a shallow sea.

additional info, maybe unimportant: planet orbits a red dwarf star tidally locked in the habitable zone, breathable atmosphere but unpleasant, located on the night or twilight side of the planet. Other than a large ice cap glacier on the night-side there aren't really any other land masses (maybe a sun-scorched area on the day-side, but not habitable). The sea is basically melt from the glacier, possibly too salty to support life?

My vague idea is that a mining company bioengineered this thing to filter and collect some trace element from this remote planet. Its "cells" are chambers of fresh water, and it concentrates the mineral in it's outer "skin". Eventually, hundreds of years later after the structure matured, the concentrated mineral would have been harvested by grinding down the mountain – except for whatever reason the economics have changed, and that element is now unimportant or cheaply manufactured. The mining company went bust eons ago, and squatters moved in and drained the upper chambers to live inside. The structure naturally wicks moisture through it's skin, so the chambers will eventually refill with fresh water if they are not pumped out.

The planet is a backwater off the main trade routes. Trade Syndicate Corporations control the small harbor, but most of the locals live in a semi-lawless kasbah, smuggling contraband or servicing space sailors. The farmers who live deep below might never associate with top-siders or off-worlders. Top-side is a slum of unhealthy people suffering from the atmosphere, but just under that in the highest cells are businesses, markets, tea houses, brothels, etc. I imagine large older cells each as big as a stadium honeycombing the top of the mountain. The native population would be a few hundred thousand, with an additional sailor/harbor population of about twenty thousand.

Originally I was trying to make it be based on a vegetable, but now I'm leaning towards modeling it from a wart, as this seems to be more or less the structure I was imagining: a cluster of cells that push up to form a low protruding mountain, and also go deep underground. 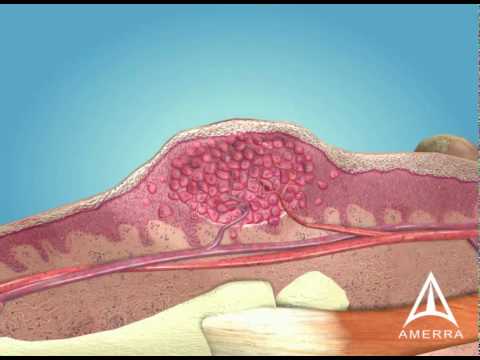 I don't plan to delve into the science of how it was created, other than to casually mention that squatters moved in and over many generations repurposed the structure. The upper cells that are longest inhabited are probably "dead" now, but deeper underground cells still function and collect fresh water. The whole structure is haphazardly riddled with manmade tunnels and drainage pipes, something between an ant hill and a sewer world below, and on top a dense little kasbah city looking something like Shibam in Yemen. 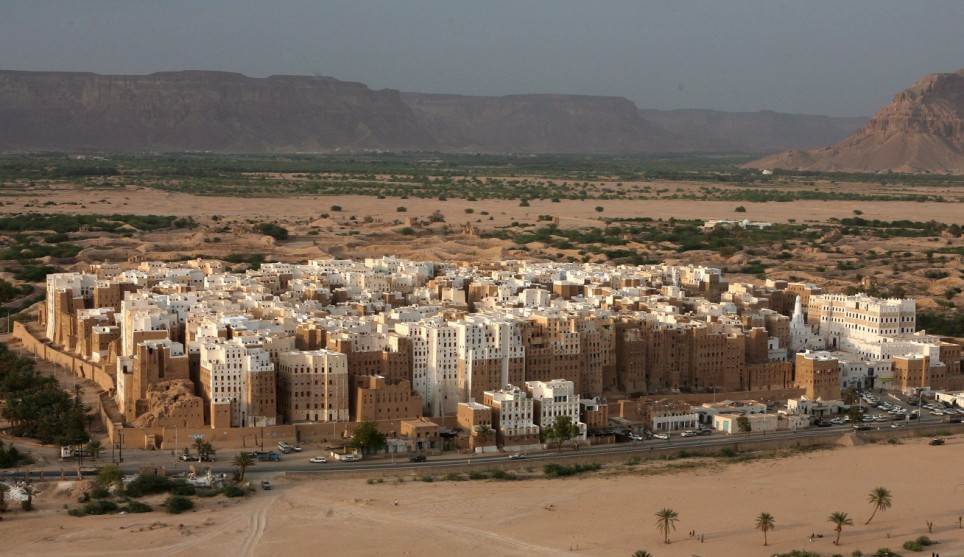 I guess this is partly a reality check, but I'd also appreciate some practical ideas about how deep underground people could live and potentially have farms. Would pockets of CO₂ be a hazard? Is geothermal heat or pressure a problem (would they get the bends)? Should I go with this wart idea (I like it because it's revolting)? What else am I missing?

What you're describing could be basically a kind of coral, albeit with a couple of modifications. First off, coral would fulfill the first part of your requirements. Coral consists of a colony (of perhaps several million in the case of a reef) and both eat small organisms and gain energy from sunlight. What most people think of as coral is actually the secreted exoskeleton of the coral as it grows.

It would build off of the seabed and make a reef. It isn't too much of a stretch to have the coral find a way to grow above water. The skeleton is created by siphoning carbonate and calcium from the water, creating limestone. This obviously wouldn't work above the water but you said the science wasn't really relevant and it may be better for your story to change what the structure is made of.

To have spaces large enough to house people, it would have to be massive organisms as the space inside coral is large enough to enclose the coral polyp. The good news is that limestone doesn't really react with carbon dioxide so the structure will be fine with people in it. Coral is also porous so the gases may naturally filter out (but I'm not sure about this).

As for going underground, the coral can eat into the bedrock in search of minerals or food, since the lack of sunlight removes the possibility of photosynthesis. The coral could become a terravore and eat the actual rock and earth. This could create underground space as the coral extends deeper into the earth. Pressure sickness and heating would have to be managed by the people living there, although it would be well insulated in the water and underground.

To sum up, I think a type of coral would be a better fit than a 'wart' as it fits most of your requirements.

Not the answer you're looking for? Browse other questions tagged reality-check biology architecture .

9
How to quickly leave a planet for another planet en mass starting out from stone age tools?
13
Hair based architecture
23
Physical correctness of trolls with high regeneration ability
5
Sabotage of Biosphere after Doomsday Event
4
I have made a design for creating artificial gravity on low gravity worlds for my world, does it work?
9
Bioengineered reversible sterility
36
How Would Civilisations on Different Planes of a Cube Planet Interact?
12
What might be the climate inside a "sky abyss" on a tidally locked planet?
4
What type of infrastructure would be needed for an upside down city in a cave with a giant freshwater lake need if the the trade is a school/college?