How to explain “antimagic” in a setting where physics is magic? [closed]

I am operating within the bounds of a fantasy setting which operates under different physics which from our perspective appear like stereotypical magic or alternative medicine. For example, pathogens are evil spirits disrupting the humors and gravity is the earth goddess' love.

"Antimagic" is a concept originally invented by D&D in the 70s whereby a wizard could project a field that cancels out everything arbitrarily defined as "magical". Since then it has appeared everywhere in fantasy fiction.

How could antimagic be explained in a setting where physics is magic? I can't imagine any analogue in physics other than something destructive like antimatter or black holes.

What you describe is basically an idealist world -- everything is mental. There is no physical existence, only the sum of the dreams of several deities.

Don't turn to physics for antimagic in such circumstance, turn to metaphysics. Many metaphysical ideas have a concept of nothing which is deep and can be frightening. It's the same fear that leads us to fear death. It's unknown. It may be beautiful, it may be horrible, it may be... nothing at all. Most people are quite unnerved by nothing.

You are approaching it from the wrong angle, anti-magic isn't the opposite of magic. It's the absence of magic.

You don't need anti-matter or black holes, you just need an area where that magic doesn't function. Maybe it's an area where the spirits won't (or can't) enter, or a place where the flow of aether is weak. Or where the magical energy has been drained from the world.

Then to create an anti-magic zone you just need to banish the spirits, divert the flow of aether, drain the magical energy, etc.

From your question and comment-answers, it seems your intent is for reality and magic to be one in the same.

Thus, it would stand to reason that an anti-magic zone would be an anti-reality zone. An 'anti-magic' zone in this setting would be akin to making a bubble of nonexistence where something (or even nothing!) previously existed, but within the bubble none of the rules of physics would matter (which most likely would mean anything entering the bubble would be immediately destroyed in the most ultimate sense of the word).

So magic is physics--it flows through everything binding it together, like a force...ok, wrong universe, THAT's a galaxy far, far way.

Point is, at all times, there's a BASELINE magical energy which is always present.

Extra Magical Cancellation targets anything off of the baseline. And it's dangerous, because if it's still being used when there isn't "extra magic" it starts siphoning off the magic of reality. It will start with life so a place where it's been used might look like a blighted plain, but will eventually will move on to the more fundamental aspects, like physics. 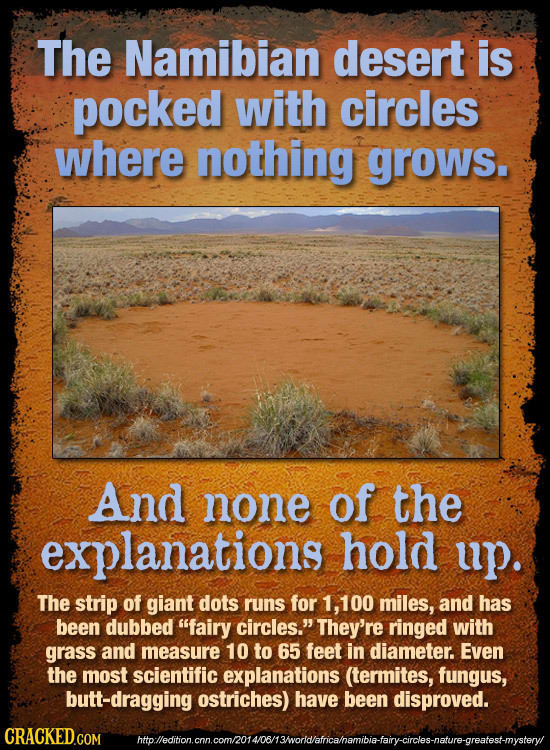 A Stiffening of the Weave OR Pattern LOCK In this version of things, magic is still present, but it's been frozen so that it cannot be manipulated, and thus, magic cannot be performed. Residual effects could mean that nothing can grow--or that anyone in this type of field actually never grows old--they can't die because the pattern is locked.

OR Cut off the spell This method will likely rely on a sentient mind which can see magic--cutting out bits of the specific spell so that the circuit never completes. Or, alternatively, an anti-magic zone which is continually cutting little tiny holes in reality. If the pattern has been present for a while, it "heals" in a fraction of a second and bounces back, but if it is used and magic channeled through, there's a chance of it breaking forever. This is not a place you want to have a child--this method of zone, you'd want fully formed adults. Likely a place which messes with your mind. Active channeling is a bad bad idea in a place like this.

OR Ye Olde Classic Black Hole Congrats. You have a black hole. Magic doesn't work, and neither does reality!!

Remember this is MAGIC. It's made of handwavium. As long as your system is internally consistent, and makes some kind of sense, you can do whatever you need to do.

It depends on what your definition of magic is, and how you want to anti it. Anti-Magic typically falls into 2 categories.

Anti-magic is powerful form of magic that forces the world into a 'normal' state.

The entire world may operate via magic, but there's still a 'normal' course of actions that would take place without sentient minds modifying things. An anti-magic field, in such a world, need not be a field totally devoid of magic, just a field which is devoid of deviations from the natural, baseline level of magic.

To create such a field, a magic user must combine observational magics with latent counter-spelling magic. The anti-magic field observes the world within its bounds, and detects deviations from the smooth, baseline level of magic that defines universal physics. The field then draws on its stored reservoir of magical energy to exactly counter all such magical effects, causing them to whither.

The disadvantage of such an anti-magic field is that, in order to effectively counter strong magic users, a tremendous amount of magical energy must be generated and stored. Counter-magics require an equal amount of magic as the spells being nullified. Unless tied to magic sources that can replenish and strengthen them, anti-magic fields also require regular recharging, as their energies are depleted.

You aren't undoing physics. You're removing any magic that is covering up the actual physics of the world.

For example, why does the earth god need to keep you pulled down to the ground? What would happen if it weren't?

You need to dig in and right some core physics for the world. Then in anti-magic zones, those core physics would take precedence.

If all of our physics has a magical analogue, ie the strong and weak nuclear forces, gravity, electromagnetism, quantum dynamics are all magically created and you just turn them off, not only do you have an anti-magic field, you have a uber vacuum-black hole generator.

The existence of matter is because of physics. You turn off physics, you turn off matter. Let's say you make an anti-magic field the size of a basketball. everything within that sphere is just gone. You create a vacuum. All the air around the hole starts to fill in the vacuum. As soon as it hits the boundary between the universe and the anti-universe field (we'll call this area the "event horizon" because that's exactly what it is), it too vanishes making the vacuum bigger.

Once the field disappears, or even if it only exists for a planck second, something even worse happens. The vacuum gets filled in. Violently. https://what-if.xkcd.com/6/

Worse, depending on how you want to handle it, an anti-magic field could 'turn off' relativity. You could have it create and hover at a 'fixed' point in the universe. This would be really, really, bad if the orbit of your planet around its star happens to intersect the field. Ripping a hole right through the planet's crust is going to ruin anyone's day.

On the other hand you can imagine magic as another force in addition to the strong and weak nuclear forces, gravity, and electromagnetism. The "Aether force". And then you could have your anti-magic field turn off magic without destroying the planet.

It could be like reality/existence itself would be the magic that slows/prevents the literal equalization of the universe. So it could be seen as time speeding up, but actually more like the removal of time's magical deceleration that would allow the observation of existence within an infinitely rapid loop of iteration. Depending on what kind of precision you're looking for, this area can do anything from cause targeted areas to age rapidly/disappear or perhaps even shift itself askew from all of the existence/matter around (imagine a spot that plays through a segment of reality and then that reality plays out all around it as well, like a mirror-image or feedback loop of sorts; i.e. a clairvoyant's crystal ball.)

tl;dr "Back to the Future" The magic of reality slows down the processing speed of the universe so that it may definitively observe itself; therefore, antimagic could possibly be seen as time traveling to the future.

I think you've answered your own question: antimatter.

EDIT: I'll add that if you're looking for something less explodey, you could suppose that there's a way to mundanify a local area to some extent. In such an area, the grand magical effects like fireballs and whatnot cease to function, light could become dim, fire could become cold, colors muted, air quickly foul, and so on, and if left in such a space things could begin to lose their structure and cohesion, eventually falling apart. Such a region could be considered a zone of low-energy or high-entropy.

In a world where magic was real and well understood, it'd be called physics.

You could posit a field in addition to the ones we have in this world (electromagnetic, strong nuclear, weak nuclear, higgs) that is the source of all the otherwise "magical" effects, lets call it the magic field with excitations in the magic field being called magions. And if you also suppose that magions can also interact with the electromagnetic field (this is how they influence normal matter).

And perhaps humans and some other creatures have special structures in their brains/bodies for generating them.

In this world, matter / anti-matter annihilations tend to produce a lot of nasty radiation because they annihilate into photons which interacts with most matter. But perhaps the force carrier for the magic field doesn't interact with other fields. So when a spell ends and the anti-magions recollapse back to the magions, the resulting explosion (which would be invisible) doesn't damage or affect normal things, only things made of magions or anti-magions.

Then if you want an anti-magic field it might be as simple as channeling anti-magions into an area, while keeping the magions you've created contained or in some harmless form.

And you're also free to posit some other more complicated field modeled after something like the strong force that has 6 different main particles, and 8 different force carriers that could all have differing sorts of effects. Though this would make creating an anti-magic field more difficult (maybe this is a very rare technique and requires a very delicate balance, perhaps even tuned to the sort of magic you wish to cancel and more like a counterspell than an anti-magic field.).

5
Magic and physics with human power output
19
How to explain magic-using kings
5
How to explain two different magic systems?
7
How does one explain transformation magic?
18
How do you make men relevant in a setting where only women can use magic?