How small can a sentient humanoid get [duplicate]

How small can a humanoid creature get and still retain human-level intelligence? Specifically, what would be the smallest brain possible capable of advanced reasoning and what brain-body mass ratio would be reasonable at such scales.

Intelligence seems to be related to how wrinkly a brain is, maybe more so than brain size, or brain body-mass (although presumably these are also factors). All the animals we think of as intelligent have wrinkly brains.

The more wrinkles (or folds) the more neurons are packed into the same-size skull. It may be possible to enhance the (potential) intelligence of an existing species by increasing their brain folds genetically. 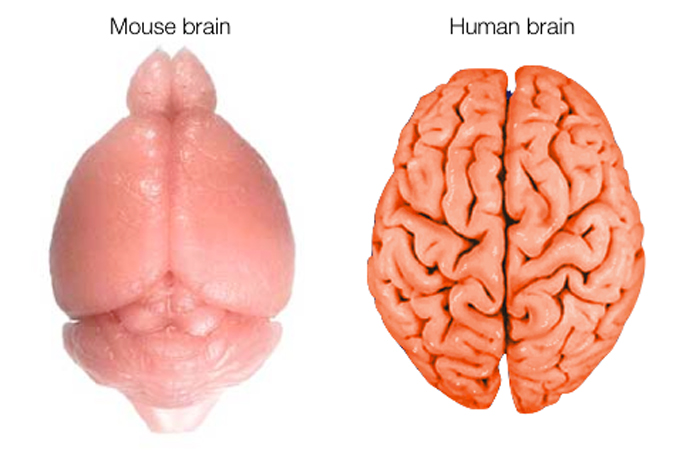 Who says there is a limit? Nature evolves for the environment you are in, an example of this is recent studies suggest some birds like ravens (that can make tools to get food) and some parrots that can mimic human voice are just as intelligent as monkeys, but we can not measure the intelligence in the same way as you would a bird vs monkey.

Nature has developed intelligence based on what the creature needs to survive.

With brain to body mass our current interpretation may be wrong as bird brains are developed differently to our human and even monkey brains but they can reason.

Ravens have been seen to drop nuts on pedestrian crossings and waiting for the cars to smash the hard nut shells and when the cars stop moving the birds swoop down and get the nuts.

Ravens have been observed leading wolves to injured animals so the wolves can kill the animal and they both share the food.

Not the answer you're looking for? Browse other questions tagged science-based biology creature-design sapience or ask your own question.

11
Does a sapient species have to be warm-blooded, and if so, can it still be a reptile?
4
Brain to body mass ratio vs general brain mass
5
How could a small human sized humanoid creature hang upside-down?
3
How big of a taur do you get out of a human?
5
How large could an aquatic humanoid get?
4
Can A Fast-Twitch-Muscled Humanoid Species Still Have Sentient Levels Of Intelligence?
1
World conditions for Flying Humanoid Like a Human