What would be a super fuel for methanol fuel dominating setting?

Tech level - comparable to contemporary; no fossil fuels, all fuel has to be produced synthetically, as simplest to produce (and store!!!) was selected methanol.

Theoretically quite good - superior octane ranting (109), do not boils easily (~60C). Anyway, it has one very serious drawback - low energy density (less than half of normal petrol).

Nevertheless such setting asks for some kind of superfuel, that would be used for especially demanding tasks (military, long distance piston engine aircraft) where price would not be a big issue. Such fuel would have to have the following properties:

-have much better energy density

-do not have be ecologic

1) It seems that the best what I could find was some variant of avgas, with awful high lead content. Realistic or not specially? (or what other thing would be better?)

2) What would be the difference in using such fuel, except better range? Would such high energy fuel provide higher horse power than methanol? Or just engine would have to use less, because of some other liming factors (like amount of oxygen or endurance of such engine)

(I assumed that if engines are being optimized for high octane fuel, then any its high quality replacement would also have to be high octane, if that's not the case please correct me)

I am unsure whether you mean purely synthetic methods of production or if biofuels are also allowed, but I shall offer my answer.

Biobutanol is a very good option, it seems.

However, there are three main drawbacks

I am a bit unclear why you would want a "super fuel", particularly since this would involve creating an entirely new production chain (unless you were to use methanol as the raw material to make the new fuel).

Perhaps you need to recast the questions somewhat. By inference, vehicles and power plants which use methanol are heat engines, and most likely internal combustion engines or turbines. The best way to increase power output is to find ways to increase efficiency. Generally, being able to invest more air allows you to burn more fuel per unit time, which is why supercharging and later turbocharging became popular with military aircraft and race car drivers. The same logic is used in the Ford "Ecoboost" system, which means a smaller, lighter engine can provide as much power as a larger, unboosted engine.

Superchargers deliver boost immediately since they are running off the engine, but also create parasitic losses (taking some of the drive shaft energy to spin the compressor), while turbochargers tend to have "lag" issues since they take some of the waste energy from the exhaust in order to drive the compressor. A great deal of clever engineering has been devoted to minimizing these issues. You can also avoid some of these issues with a device called a Comprex or pressure wave supercharger, but it has issues of its own.

Going a bit further, if you are looking at overall efficiency, perhaps the highest level of efficiency is developed by combining a two stroke engine with a turbine, essentially using the two stroke engine as the gas generator and the turbine to provide pressurized air to the engine and the turbine stage to extract exhaust energy. The Napier Nomad engine did this post WWII, and was the most fuel efficient aviation engine ever built. Sadly, it never entered service since air forces were more interested in pure speed with Jet engines. Several companies have looked at reviving the Nomad idea, and turbo compounding has been used in aviation engines and some truck engines between WWII and today. 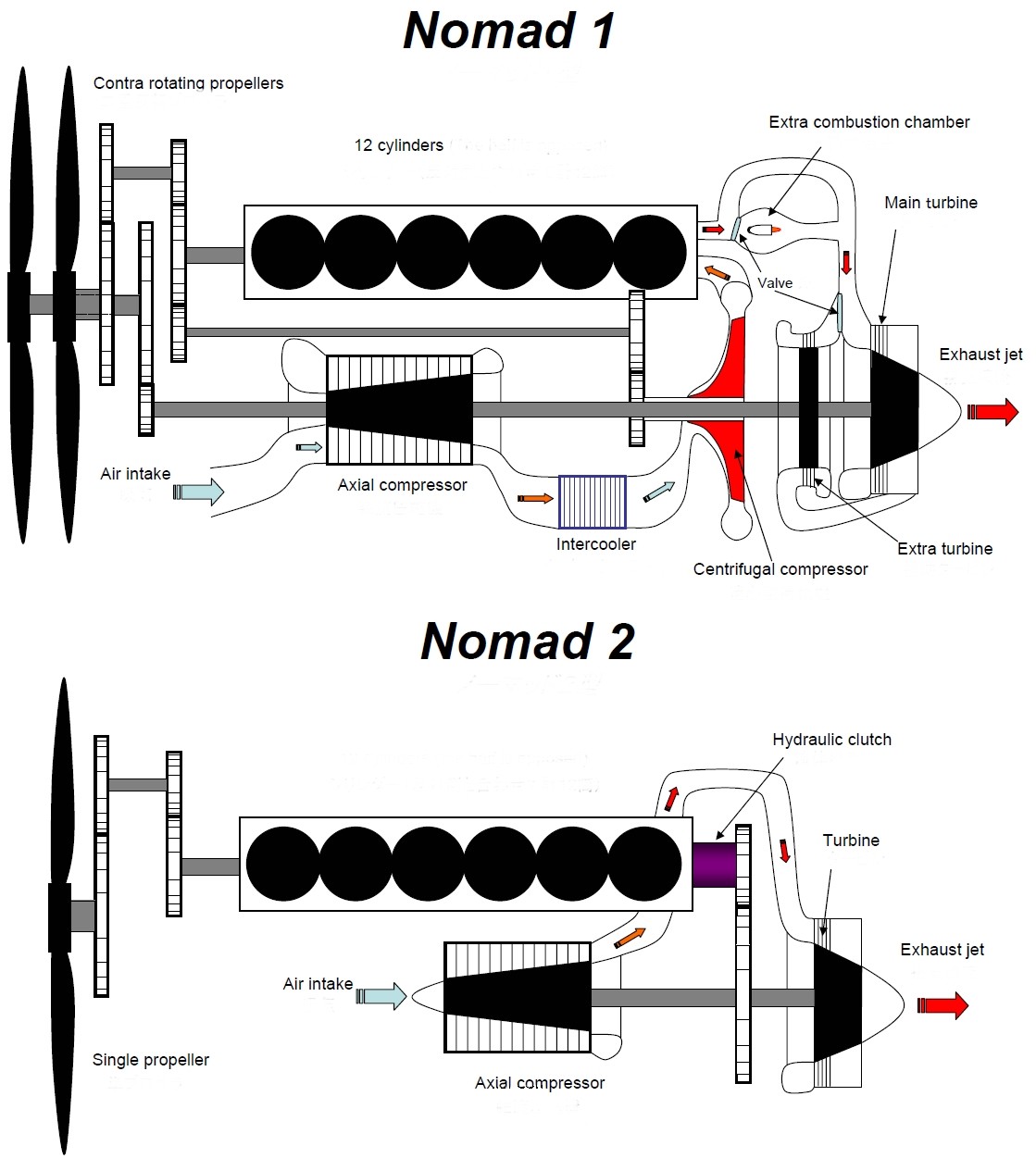 So depending on what it is that is needed, your world would probably be working soon extracting more energy and efficiency from the design of the engines as the easier route to getting more power.

Not the answer you're looking for? Browse other questions tagged science-based reality-check vehicles fuels or ask your own question.

47
What would be best way to re-melt Mars' mantle and core to revive its magnetosphere
0
Microfilaments on wheels would save fuel?
6
Consequences of Earth-like planet with denser atmosphere
7
The Project Sahara V2
4
What are the political outcomes of the Sahara Project?
7
How would technology adoption of Lithium Air battery work?
57
Is space piracy orbitally practical?
8
How to make plane without coal, steel and oil
3
Can I improve internal combustion engine efficiency by slightly changing vacuum permittivity?