I'm developing a game set in a colossal landmass at the center of a vortex, with water walls dozens of kilometers high. The continent is somewhat circular, and no civilization has yet developed seafaring technology that can survive the vortex itself.

During the game, different civilizations go to war, and one of them develops a plan to take by surprise the capital of another by riding the vortex to get "behind" the defending forces.

Is there a design that could help a ship survive fairly reliably the extremely strong but otherwise fairly regular currents? Keep in mind that the water is spiraling up, not down.

I have a few ideas about how to solve the "water direction" problem (ballast, or a ship hull that forces the ship to go down, so that the upward thrust of the water is balanced), but otherwise I really am...out of my depth!

EDIT: a few more informations, based on the comments.

Basically, the ship needs to be strong enough not to be torn apart by wind & water.

except it's upside down and the air is water and the water is air?

Consider surfing, for example. On a large wave, you are riding down a hill of water, the surface of which is moving (relative to you and the wave) up. Assuming you could control how you are pulled by the upward force, I imagine that you would be able to ride the vortex with the circular flow, since you can keep yourself from being pulled up. Of course, if it's getting steeper the closer you go to it, it doesn't matter what special features you have to keep from being pulled up. If you're not super light, eventually the upward force of the water and the slope of the inverted vortex will cancel each other out. The only special thing that would matter is to keep from tipping over.

Since I assume the circular pull of the vortex would be very strong, there's actually not any real reason why it wouldn't be a common, energy-saving tactic to simply sail with the vortex. It wouldn't be something special or odd - it'd be expected. Chances are, there'd be minestrips laid and defenses set up on the side of the vortex where the enemy would be anticipated to enter, so where the vortex is pushing water towards you.

On that note, what would be surprising and unanticipated would to go around the vortex the other way: against the flow.To do that, you'd want to be as unaffected by the circular flow as possible, so you'd want to rise high out of the water. Today, the fastest ships are those which are basically flying above the water, held up by aircraft-like "wings" on struts under the ship. 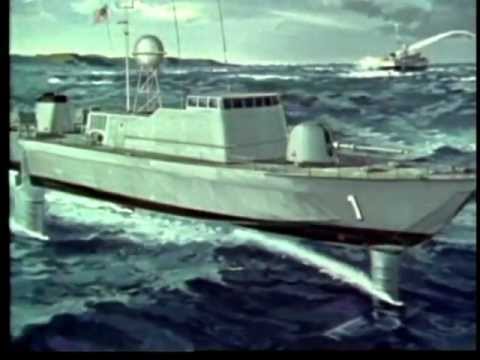 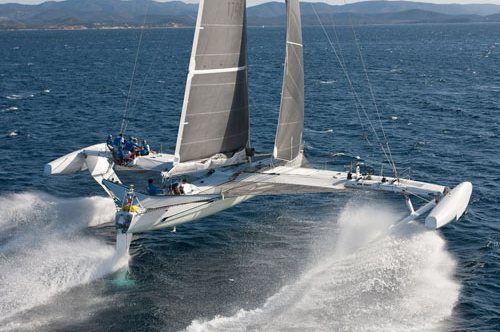 Given that you'd be going against the flow of the water, it'd be easy to get enough waterspeed to lift up out of the air. Stick a large fan or a sail (if the winds aren't going with the water) on the ship, and you'd be well able to navigate the rim of the vortex backwards.

Alternately, you could place a sort of sail underwater, using the water as the driving force instead of wind, and tacking against the vortex as you would into a headwind.

Also alternately, you could again use a hydroplaning ship with a crosswind to blow yourself up onto the center of the vortex and then surf down, turn back up and repeat. You may not actually make any headway, however, depending on just how strong the vortex is.

Not the answer you're looking for? Browse other questions tagged ships shipbuilding hydrodynamics or ask your own question.

17
Self-sufficient Ark
6
Cannonless ship of the line - could I have ship of line with magic catapults/balistae?
37
How long could a late WW2-era battleship last under sustained ship of the line cannon fire?
8
How would a enormous more-than-city-sized ship fare in a fantasy world?