How would a four or five winged creature, such as a microraptor, fly?

Despite this, they are not considered 'true flyers' as it is believed they used their five 'wings'(The tail counts as one due to its purpose in generating 'lift') to glide from tree to tree and had few specialised flight adaptations (including a fused sternum and flight feathers). 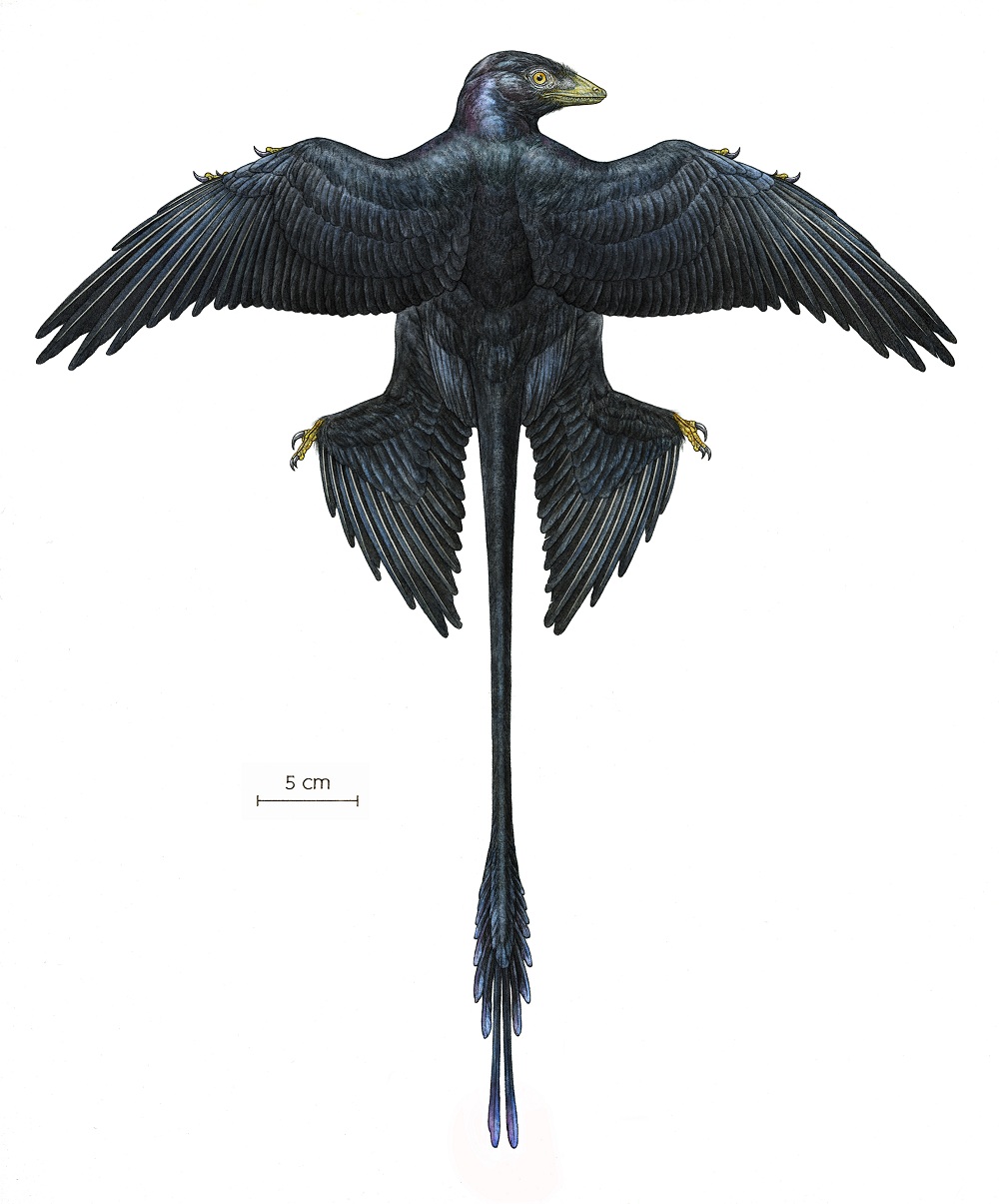 So, assuming that these adaptations were accounted for and a creature with four/five wings like a microraptor could sustain powered flight, how would they fly?

Would their back wings have the same flexibility as their forelimbs, making the creature fly somewhat like a dragonfly, Or would they take the shape of a bi-plane? Would the animal stand like a bird or a pterosaur? would the animal have greater manoeuvrability in the sky then a bird or would the excess drag make them too unstable for aerial acrobatics?

First if you see a picture with the hind legs spread apart, the artist has broken the legs to get them in that position.

The front wings are sufficient to provide flight in microraptor, They would not have been as good as modern birds but they would have worked fine. It has all the hallmark adaptations of powered flight, like a keeled sternum and alula, and none of the adaptations you would expect in a glider, such as decent climbing ability.

The extra wings on don't provide {much} lift they would however have provided lateral stability, something that early flyers always have problems with, especially at low speeds. Which is the same speeds extra control surfaces help the most at. They do not yet have the highly derived controls for controlling stability using active minute changes in the flight wings like modern birds. Since birds did not evolve from gliders, like other flyers did, but instead from jumpers they had more reason to experiment with odd forms of stability assistance and control surfaces anyway.

You mentioned the tail, which does provide both lift and stability. We see flight surfaces evolve in the tail of every vertebrate flyer early in their evolution, it is just an easy solution. Models that say they cannot fly either forget the tail or assume fully modern flight stoke is necessary, forgetting that pterosaurs and bats aren't capable of the bird flight stroke, and that many birds fail to utilize it in normal flight.

Interestingly there are birds with elongate leg feathers, not nearly as long as microraptor but definitely modified. The rough legged hawk has elongate leg feathers which are believed to aid in air stability at slow speeds. known for flying slowly low to the ground while hunting and spend a great deal more time running than their relatives. So expect to see microraptors flying slow and low over the landscape with wings held horizontal scanning for prey.

I would imagine the fore-wings would generate lift while the additional wings would be used for stabilizing and maneuverability.

This is, of coursed, based on the idea that you are seeking a plausible, not scientific method for flight.

A combination of pitch control by the tail, roll generation by the ‘hindwings’ and multi-purpose control by the main wings would have made Microraptor a highly maneuverable animal. The rear limb feathers would have created a lot of drag. For every surface, you pay a little drag tax. But the advantage of improved ability may well have outweighed this problem.

Not the answer you're looking for? Browse other questions tagged biology creature-design evolution flight dinosaurs or ask your own question.

9
The Four-Winged Angel
10
Could a creature fly like a helicopter?
1
The Reindeer--Let's Get Real, Shall We?
6
Keratin wings: would they work?
8
How would it be possible to fly with Talaria (winged sandals)?
3
On what conditions would a four-eyed creature evolve to have six eyes?
8
Can a feathered wing be also compliant?
5
Plausibility of Hexapodal Aerial Megafauna