How to explain extreme human dimorphism?

Is there any way to explain how did humans in my planet end up with extreme dimorphism without resorting to polygyny nor "magic"?

Assuming man's weight comes from muscles, since you want strength this looks like a match between Arnold Schwarzenegger 6'1" ft./ 235 lbs or Marcus Fenix from Gears of War and lingerie model Candice Swanepoel 5′ 10″ / 120 lb. 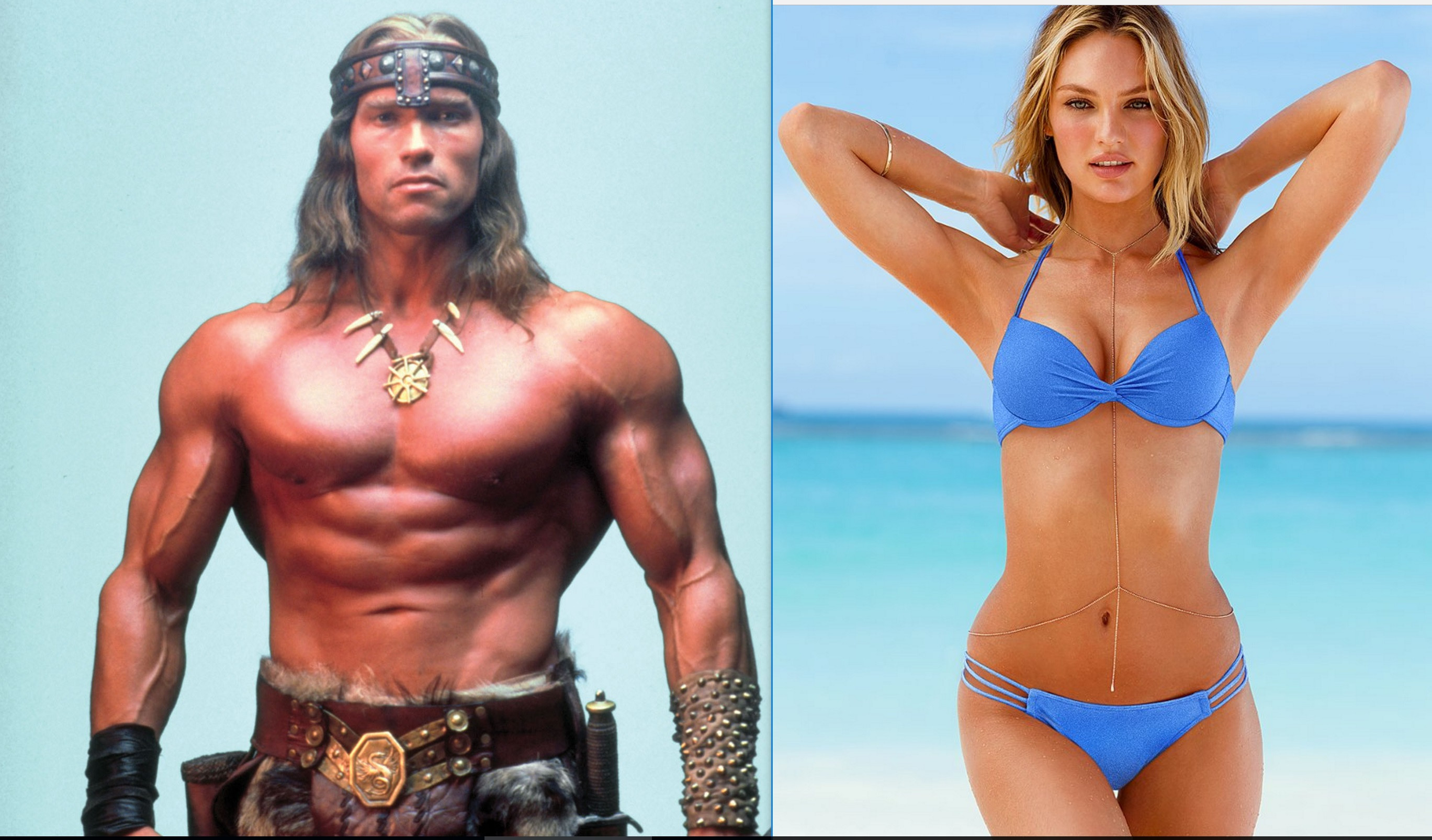 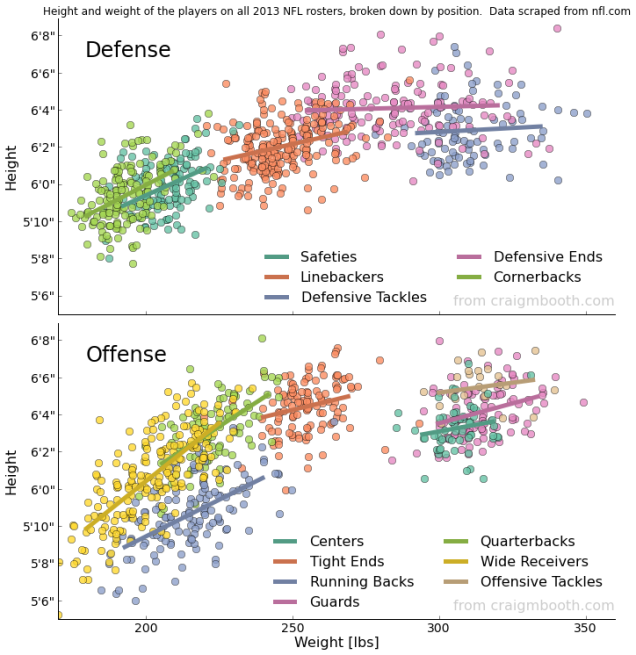 Then you only have to use some kind of selection mechanism where the slender boys & bulky girls fitness is very low. Eliminate those for few generations and evolution would do the rest. I think.

Hmm. "Without polygyny" is the tricky bit, since that's the primary reason male mammals & birds are bigger than females of their species. Humans dumped the biological version of polygyny in favour of pair bonding (and corresponding reduction in infanticide). But we kept the size difference, probably as we evolved 'job specialisation' (say, for instance, groups of men hunt big game in endurance chases, individual women hunt small game by short chases).

Birds of prey often have different sized sexes (female bigger). It's not exactly clear why, but each sex hunting a different size of prey is one suggestion why.

So maybe combine the human 'job description' and the bird of prey 'niche separation'? Have a situation where the two sexes have always hunted very different prey. Women climbed trees and chased down colubus monkeys through the canopy the way modern chimps hunt - they'd need to be small and agile. Meanwhile men ran down antelopes and boar on the forest floor - they'd need to be big and burly to rugby tackle the animal to the ground and beat it to death.

If your planet has genetic engineering (which is not a big stretch because Earth is right on the cusp of designer babies) then all you need is a cultural predisposition for what the ideal male and female forms are. If parents want their male offspring to be big and strong, and they want their female offspring to be thin, athletic, and agile, then that's what they're going to choose when designing their babies. Within a couple generations, that's what they're going to look like.

All you need is a culture that presents these forms of masculinity and femininity as "ideals" in popular media. In other words, you need Hollywood and popular magazines.

I would say that is not so problematic, the main issue is to find jobs/roles for men and women, that were strongly separated between them in the history of your planet and that had an important role in their lives (so it could affect their look).
The height is not so different so the thing you should focus on it the weight. There are plenty of possibilities that could determine their weight and with weight strongly connected strength.

Especially the strength is ability traditionally useful for men (as women were at home taking care of children), so you just need the reason for men to fight and for women to not doing such a muscle activity.

(for example very safe caves all around the planet and less of vegetation so the women could hide, but they wouldn't be so helpful outside, and the men can be always outside trying to get something to eat.... but here I am making stuff up, there is a lot of other possibilities for you, like riding specific animals, defend some specific kind of homes or building them etc.)

Not the answer you're looking for? Browse other questions tagged biology earth-like gender or ask your own question.

13
What evolutionary factors can contribute to large sexual dimorphism in large mammals?

41
What effects would a change in the nature of human sexuality have on society and infrastructure
21
Is it possible to have a habitable planet unsuitable for agriculture?
13
Why would post-apocalyptic men be twice as large as women?
7
Effects of a ferret-like spine/ribcage on bipedal posture, possible leg lengths/proportions?
3
How to design a species that matches the following critera
1
Why would men suffer from toxic masculinity?
8
Biome favoring extreme sexual dimorphism
4
Is it possible for primates to develop extreme sexual dimorphism?