Can magician apprentice know what his master is writing just by hearing it?

We have a magician apprentice (let's call him Steven) and his master (Destionell the Great). Steven is serving for a long time to his master and he truly hates it.

Every day all his job is just cleaning Destionells house, cooking him meals and washing his robes. And all of that without the magic of course (because you're not ready yet, the master always say to Steven).

The apprentice actually never learnt a single spell and never saw a single book of them (the books are even enchanted so no one could open them without magicians knowledge), but Steven desires a hopes to be a great wizard, so he's not leaving his master despite all of this. Steven never saw his master casting any spell, but he believes him strongly, as he is well-known magician.

One day Steven came up with a plan. Because he was often delivering masters mail to the nearest village, he has access to some (unimportant) handwritings of his master. Also, he is sometimes cleaning the room when Destionell is writing some spells (with a regular pen on a regular paper like the magicians always do).

So Steven decides to learn how all the pen strokes and the gasps between words his master does sound. He will always listen very carefully and after a certain time, as he hopes, he will be able to find out more about some of the spells his master is writing, just by hearing.

TL;DR: Is it possible to learn to recognise what someone is writing just by hearing it (if you are practising with the same person)?

If the master is writing for himself, he's probably using very casual handwriting, the sort that would be used when writing letters to friends. This handwriting is going to be in cursive - and cursive is written in a continuous stroke. If Steven had a supercomputer, a massive archive of perfectly reliable data, and the ability to write machine learning software, he could maybe analyze the sounds of individual words, but he will never get letter accuracy.

And then you get to the other problems inherent in writing on paper. The magician crossed something out or underlined something. Where? You have no idea. The magician paused in the middle of a word. Is it a new word when he starts writing again? You can't know. The magician scribed a diagram? Good luck reproducing it.

Add to that the fact that Steven can't sit there writing it down as he hears it. He needs to have 100% perfect memory, and even then he's guaranteed to screw up and accidentally open a portal to the Far Realms or something.

It should be possible, even though extremely hard.

It is a somewhat-common party trick to recognize what other person is writing with wet finger on a glass table without looking at it, but the sound produced is quite loud, and the other person is purposefully writing slowly.

Recognizing pen writing should be possible using the same principle, although much harder, as sounds are more quiet, and magician is probably typing faster, which would make it harder. Than again, paper grain should make vertical strokes easier to tell from horizontal ones, if your ear is keen enough to hear them at all.

Some magical hearing-enhancement drug should make it a breeze, but it is not "impossible" even without it.

Limit here is that apprentice would need to know language magician is using - letter recognition would not be perfect, and he would often need to rely on context to tell whole words, which makes magical incantation in ancient languages impossible to decipher with 100% accuracy (plot device detected).

It is certainly possible for Steven to figure out what his master is writing, with a few foundational assumptions.

Steven must begin the process by figuring out a system to categorize the strokes. 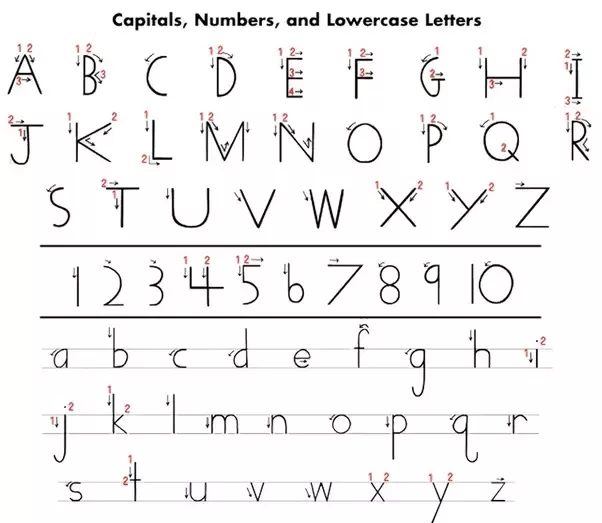 As can be seen from the image, each letter of the alphabet has a distinct number of strokes, and in a set order (which some individuals do differently, but the order for each letter can be analyzed through seeing and listening to the pen strokes of the Master’s casual letters).

The strokes forming the letters of the alphabet can be categorized into a few distinct types: straight, curved, dotted, and angled strokes. The length of each stroke can be determined by listening to the duration of each stroke: short, medium, or long.

If Steven can train his ears to hear the differences between each type of stroke and the length, using this system he can construct a sequence of writing sounds into a series of strokes, letters, and subsequently sentences.

By piecing together each letter combo, and eliminating the incorrect letters, Steven can reasonably hope to piece together entire sentences, of course, with some errors.

It will take a long time before he could do it for everything that is written, but when he masters this, it should be enough for him to begin his journey into magic, so that he may catch the attention of his master and finally get a chance to learn in earnest (or at least animate some brooms to do his chores). 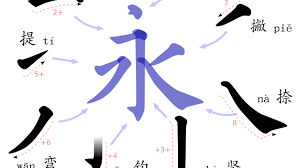 It may seem more difficult to deal with a symbol based language than an alphabetical one, but in actuality it can be made much simpler, since each stroke type in these languages are more well-defined (see how each stroke has various defining features).

Assuming, every 'word' constructed of such strokes is always written in the same order, it is possible to construct it in unique, less repetitive strokes compared to a phonetic language, with much less mistakes in determining which word/symbol has been used. The words can then be recombined to form sentences.

Not the answer you're looking for? Browse other questions tagged magic senses .

75
How to prevent tiny mistake in 'programmable language' magic spell causing horrible disasters?
3
How can a magical perspective enhance science?
2
Justifying limited use of arrows, while allowing them to be effective in short ranges?
9
Specifics of magical symbols and casting: How to purposefully, quickly create new spells where its near impossible to make any with implicit purpose?
7
Double checking my world's magic rules for balance
17
How to realistically implement magic-users in medieval warfare?